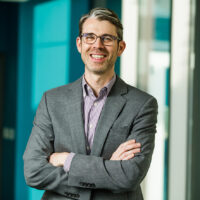 When does government debt get too big to be paid back and warrant tax increases, and under what conditions do stimulus programs work best? New research by experts at Wharton and elsewhere delved into those questions as governments in most developed countries have massively increased spending and their central banks have launched easy money polices to reverse the economic slump caused by the COVID-19 pandemic.

Thus far, those monetary and fiscal policies have succeeded in helping economic recovery with higher consumption, investment and output, and governments will be able to service their debt, according to a recent research paper titled “Can Monetary Policy Create Fiscal Capacity?” The paper is co-authored by finance professors Tim Landvoigt at Wharton, Vadim Elenev at Johns Hopkins University, Stijn Van Nieuwerburgh at Columbia University, and Wharton doctoral student Patrick Schulz.

How much further room do those policies have before they begin to backfire? On the fiscal front, the spending increases have caused government debt to balloon to unprecedented levels. They have raised fears that beyond a debt-to-GDP threshold, governments would be compelled to raise taxes or cut spending in order to service their debt.

On the monetary front, central banks have launched “quantitative easing” (QE) programs to increase money supply with zero or near-zero interest rates and a higher tolerance to inflation. In the U.S., though, inflation has risen to a 40-year high of 7.5% and the Federal Reserve is poised to respond with at least three interest rate increases this year and reduce net asset purchases as it unwinds its QE program.

An Austerity Threshold for Debt

The paper’s authors have developed a model that identifies the “austerity threshold” for debt-to-GDP levels beyond which economic growth would be insufficient to generate the tax revenues that governments would require to pay back their debt. “Our framework allows you to identify the profligacy and austerity thresholds,” said Landvoigt. The paper set the austerity threshold at a debt-to-GDP ratio of 112%. That threshold is subject to “error bounds” such as the Laffer Curve, an economic theory that postulates that higher taxes will at some point reduce incentives for work, thereby eroding the government’s ability to raise more revenue by increasing taxes, he added.

“Our model is a quantification of the intuitions and ideas people have about the long-term dynamics of interest rates and government debt,” said Landvoigt. “It is relatively realistically calibrated; it captures both fiscal policy and Fed policy.” The model also enables analysis of how the austerity bound would be affected by the Fed’s interest-rate response to inflation or the resulting spread between long-term and short-term interest rates, he noted.

The model can be used by any government to determine its austerity threshold for debt. The paper’s authors are in talks with the International Monetary Fund and the European Central Bank, which have shown interest in exploring the model, said Landvoigt.

The paper’s authors determined the austerity threshold by studying the interactions between the fiscal policy of taxes and government spending, and monetary policy that controls money supply through interest rates and inflation-targeting mechanisms.

Drawing from that, the Fed’s current trajectory of trying to tame inflation by reducing money supply and increasing interest rates “will increase interest expenses on the outstanding debt,” he added. “Conversely, if the Fed keeps interest rates low, then everything else equal, it will be easier for the government to pay back its debt.”

High inflation rates are of course not the solution to strengthen a government’s wherewithal in paying back its debt. “You can’t let inflation run wild and risk GDP growth,” said Landvoigt. “Persistently high inflation is also not good for GDP growth.” With debt as the numerator and GDP as the denominator in the equation, weaker GDP growth will increase the debt-to-GDP ratio, he explained.

“Our model is a quantification of the intuitions and ideas people have about the long-term dynamics of interest rates and government debt.” –Tim Landvoigt

When Do QE Policies Work Best?

After setting up their model, the authors studied the debt-to-GDP impact of large-scale stimulus programs during both economic crises like the COVID-19 pandemic and normal times. They found that the economic benefits are high from low interest rates and higher inflation targets during times of crises, but not so during normal times. “We find that transitory QE policies introduced in normal times are largely ineffective,” the paper stated. “They provide a temporary consumption and output boost, but the latter is 10 times smaller than the same-size QE policy mounted in response to a crisis.”

With QE, the Fed buys long-term debt and turns it into reserves that are held by the banking system, Landvoigt said. In normal times, even if the Fed were to undertake large-scale asset purchases — say, 40% of the outstanding long-term debt — and turn it into reserves, GDP increases by 0.2%, but the same policy during an economic crisis increases GDP by 2%, he added. “So the [QE] policy is 10 times more powerful in a crisis than it is in normal times.”

The takeaway for policymakers is that “there is no reason to pursue a QE policy outside of this economic crisis,” said Landvoigt. Latest data for the U.S. showed that the omicron wave is waning, and the economy exhibits robust GDP growth and strong employment trends. “So, if you were the Fed, you could see this as a justification for saying that we’re out of the pandemic in some sense and now it’s time to pull back from this policy because there’s not much benefit anymore.”

Meanwhile, there isn’t much to cheer on the U.S. debt situation. At last count at the end of the third quarter of 2021, the U.S. had a debt-to-GDP ratio of about 122%, according to the St. Louis Fed. Other data placed the U.S. among nations with high levels on that score at different time points. The paper noted that the “fiscal capacity [of the U.S.] is limited,” but also found that “the policy mix enacted in response to the Covid crisis substantially reduced the risk of entering the austerity region, from 29% to 8%.”

U.S. national debt exceeded $30 trillion as of January 31, and it grew by $7 trillion from January 2020. If Congress passes President Biden’s $2.1 trillion Build Back Better Act, the U.S. will cross the austerity threshold and would need to raise taxes, the paper stated. According to a recent study by the Penn Wharton Budget Model, the Biden plan “as written” would increase U.S. national debt by 1.5% by 2050, but if its temporary provisions are extended permanently, that debt would swell by 24% in the same period.