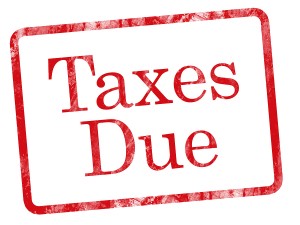 Foreign firms and investors have been having a series of run-ins with Indian tax officials. But the Indian revenue department’s attempts to tax locally earned online advertising income of Google and Yahoo suffered a setback recently. A tax tribunal has ruled that these companies do not have a fixed physical presence in India and therefore cannot be subject to income tax in the country.

A note by Economic Laws Practice (ELP), a Mumbai-based law firm, points out that “examining the existence of a virtual [permanent establishment] in the case of websites … has always been a challenge. The experts and courts have generally linked this to a tangible form, which is generally the server or the hardware, where these websites are hosted.”

But the respite for these firms may be short-lived if the tax department appeals to a higher court and gets a ruling in its favor.

The specific case involves Google Ireland Ltd, Overture Services Inc. U.S.A (a Yahoo company), and their Kolkata-based client, Right Florists Pvt. Ltd, for the financial year 2004-2005. Right Florists used advertising on the search engines of Google and Yahoo to generate business and paid Rs. 3.04 million ($67,650 at the average exchange rate of Rs. 45 to a dollar in 2004-2005) for the service. It did not withhold tax on that payment.

At the core of the dispute are differing interpretations of tax laws, the double tax avoidance agreement that India has with the U.S. and Ireland, and the Organisation for Economic Co-operation and Development’s model tax convention on income and capital.

According to India’s tax department, Right Florists should have withheld tax on the payment, and since it didn’t, the company was not entitled to claim a deduction for advertising expenditures from its income. Right Florists contended that it was not required to withhold tax as neither Google nor Yahoo have a fixed place of operation in India and therefore, their income was not subject to tax in the country. The tax department did not agree with this reasoning; it maintained that the Indian company should have sought the opinion of the tax department before remitting the payment.

The commissioner of income tax in charge of appeals ruled in favor of Right Florists. The tax department then approached the Kolkata bench of the Income Tax Appellate Tribunal. The tribunal upheld the earlier ruling. In its order, the tribunal said: “The receipts in respect of online advertising on Google and Yahoo cannot be brought to tax in India under the provisions of the Income Tax Act, as also under the provisions of the India-U.S. and India-Ireland tax treaty.” The tribunal also noted that the tax department had not brought anything on record, either at the assessment stage or even before the hearing, to suggest that Google or Yahoo had a permanent establishment in India. The body added that the servers on which the advertisements were hosted were not located in India and presence in India through a website cannot be said to constitute a permanent establishment.

According to the tribunal’s order: “There is nothing on record to demonstrate or suggest that the online advertising revenues generated in India were supported by, serviced by or connected with any entity based in India. It is only elementary that when the recipient of income does not have the primary tax liability in respect of an income, the payer cannot have vicarious tax withholding liability either.”

But what if a foreign company that provided a service had an Indian subsidiary, like in the instance of Google? “No double tax avoidance treaty that India has signed with other countries states that mere presence of a subsidiary of a foreign company in India is equivalent to having a permanent establishment in [the country],” says Pranay Bhatia, a partner at ELP. Further, if retroactive amendments are brought by the government, they cannot override existing bilateral treaties and the income cannot be attributed to the Indian subsidiaries of these online search companies without there being a permanent establishment in India, he adds.

While the tax tribunal’s order provides relief for advertisers on websites that have no permanent establishment in India, Bhatia cautions that the tax department could upend the issue once again through amendments to the Income Tax Act of 1965.