Follow the Sun: Predicting Population Growth in the U.S. - Knowledge@Wharton

Follow the Sun: Predicting Population Growth in the U.S. 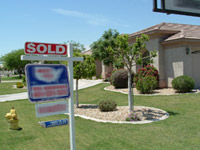 The greatest future growth in the United States is likely to take place in the West, the Sunbelt and along the I-85 corridor between Raleigh, N.C., and Atlanta, Ga. In a literal sense, Americans are following the sun, since factors such as the number of “bright” or “sun” days in January and the absence of winter heating costs are significant aspects of this anticipated redistribution of population.

The areas that can expect the largest drop in population, or a slow-down in their rate of growth, are mostly in the Northeast, Mid-Atlantic and Midwest. “Americans are rapidly leaving cold, damp, and snowy areas for sunnier and drier climates,” note Wharton real estate professors Peter Linneman and Albert Saiz in their study, “Forecasting 2020 U.S. County and MSA Populations.” One notable exception is the city of New Orleans, which the authors found to be in a steep population decline, even before factoring in the impact of hurricane Katrina.

According to the researchers’ predictions, the hardest hit area will be the city and county of Baltimore, Md., which is in a no-growth pattern that could cost them 100,000 residents, or roughly 15% of Baltimore’s 2000 population, by 2020.

On the opposite side of the country — and the scale — is Clark County, Nev., including the city of Las Vegas, which is due to experience the greatest regional growth as a percentage of its metropolitan population. By 2020, that desert hub of “good weather, gambling, tourism and an easy lifestyle” should see a metro population cresting very close to three million. That works out to a gain, as a percentage of total population, of just over 85%, or 1.35 million new inhabitants.

“Prospective real estate developers had better buy a good pair of sunglasses and some sun block,” the researchers suggest.

“Cities will have to start thinking of growth in a more competitive way,” says Saiz. “To an extent, this is already happening. The strategy used to be that if you wanted to attract jobs and nurture growth, a city would try to attract the big firms. That isn’t enough now.”

As the authors see a new United States taking shape, many variables come into play. The kind of amenities that a city or region has to offer emerge as key ingredients in the high-growth formula. “Growth today,” Saiz notes, “is based on quality of life, prevailing trends, the availability of parks and recreation, the character and variety of the architecture, the climate, taxes … and, above all, the quality of education available in any given location.”

Of all the demographic, economic, political, geological and weather-related growth indicators, the authors single out education as the most compelling and permanent factor. “Growth means more than jobs, jobs and more jobs,” Saiz cautions. “The brightest, most highly-skilled, most sought-after workers are going to be attracted to the cities with the most amenities. Increasingly, the jobs are following the workers,” rather than people following the jobs. These workers “have to be sure that educational opportunities are going to be there for them and their children. In short, smart cities grow faster. We find the same to be true on the county level.”

A New Paradigm for Growth

Traditionally, cities and metro regions are places where “productivity” occurs because of the presence of employment opportunities. But, as the authors point out, a sweeping paradigm shift is already under way. Now, cities will also have to measure their importance and their attractiveness in terms of “consumption.” Simply put: Is the city in question a place where people, especially highly skilled workers, consumers, will want to spend their time and money? Only those cities and regions where the answer can be an unequivocal “yes” should expect significant growth.

The authors caution that measuring and interpreting these demographic and economic factors can only account for about 75% of the population growth that is likely to take place. This reasoning is based on the success of past forecasting and also on observation in the field. “Growth surprises do occur,” they write. “In the 1950s, who could have predicted that Benton County, Ark., would emerge as the center of the biggest commercial empire in world history?” Benton County, of course, is the headquarters of Wal-Mart and makes just about anybody’s list for population growth. Or, as the researchers put it, “Statistical analysis cannot predict who the next Sam Walton will be, and where he or she will be based.”

Still, even at 75% accuracy — which seems substantial enough — the uses of forecasting county and regional growth through 2020 are myriad. No economic sector is more enthralled by this information than real estate, because population growth always drives real estate development opportunities.

The authors point out that while the major metro areas of the Northeast will experience considerable growth in terms of numbers, it is likely to be pretty slow and new residents as a percentage of population will lag. Only a relatively small number of major metro areas are predicted to lose overall population. They include New Orleans, Syracuse, Rochester, Buffalo, Pittsburgh and Youngstown-Warren.

Some other cities will experience mild growth in their suburbs, but will generally not keep up with prevailing U.S. population growth patterns. These cities include: Cleveland, Philadelphia, Detroit, Milwaukee, New Haven and Saint Louis.

Rapid growth will be concentrated in warm, sunny locations like California, Arizona, New Mexico, Florida and the greater Seattle metro area. Other places where new arrivals will add to the overall population in a significant way are Salt Lake City, the Denver North-South corridor, the state of Texas, the Atlanta-Charlotte-Raleigh corridor, and the Chicago-Madison region. What the authors term “substantial population inflows” can be projected for Atlanta, Chicago, Phoenix, New York, Dallas, Houston, Los Angeles, Orlando and Denver.

While most statistics point to continued long-term urban population growth, the specific urban areas that will benefit from that growth could have a major impact on the society and culture of America by mid-century. Between now and 2050, immigrants and their offspring will account for approximately half of the total growth in the U.S. population. Americans of European and African origin will find themselves part of a country increasingly populated by Mexican-Americans, Chinese-Americans, Korean-Americans, Indian-Americans and Filipino-Americans, as well as many other diverse immigrant groups.

Another key finding in their forecasts is that “immigrants tend to concentrate wherever previous immigrants have settled.” These “immigrant enclaves” are attractive to newcomers because of “kinship ties, shared language, the existence of common amenities and public goods.” In their data mining, the authors measured each county’s share of foreign-born population as far back as 1980.

They also discovered that very young and very old populations tend to grow more slowly. Areas where there are large populations between the ages of 25 and 65 seem to grow the fastest and appear to hold the most attraction for newcomers. Because these also happen to be the peak earning years, it is reasonable to surmise that the economies in those areas will also be robust enough to lure new inhabitants.

Over time, Republican-dominated counties have tended to grow faster. Does this add new substance to the “red” state versus “blue” state debate? Not according to Saiz: “Population growth is not necessarily associated with politics,” he suggests. “Other variables have to be taken into consideration.” Many of the metropolitan areas in “red” states have geographic attributes that are associated with growth. “There is no causality between growth and political orientation,” Saiz adds. “You have to keep in mind that the growing states are attracting very diverse populations. Over time there will be a definite process of change and conversion. What’s thought of as a ‘red’ state now may look just like the rest of the country in 30 years.”

Among the researchers’ other key observations is that counties adjacent to the coastlines of the Atlantic, Pacific and Great Lakes grow more slowly than inland counties. In contrast, mountain areas are generally popular. Also, the age and character of the housing stock in an area has an impact. “All things being equal,” the authors write, “areas with older housing stocks experienced slower decline than expected.” The reason for this might be associated with the fact that the very old housing stock that has survived was generally built for high-income families and is of good quality. That counts as a very desirable amenity in the competition among cities.

Reflecting the essentially uncertain nature of forecasting, the authors note that “many unexpected places will be winners or losers in the game of future local real estate development.”