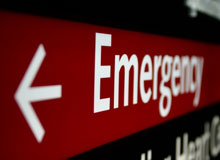 A day after the Supreme Court’s ruling that the majority of the Affordable Care Act (ACA) is constitutional and should be allowed to move forward, politicians, practitioners and other observers continue to debate what the decision means for the nation’s beleaguered health care industry.

Wharton health care management professor Patricia Danzon offered her thoughts on the outcome of the Supreme Court case and the challenges that lie ahead. For more impressions and analysis from Wharton and Penn experts, read Knowledge at Wharton’s additional coverage of the ruling.

What do you think of the Supreme Court’s decision to uphold the majority of the health care law? Is the law justified in mandating that most people buy health insurance, or face a penalty?

Danzon: I think the Supreme Court reached the right decision. If people choose to remain uninsured, there is a risk that they will impose costs on others when they get sick and use care that they are unable to pay for. Requiring people to get health insurance or pay a penalty if they don’t reduces this incentive to free ride. The mandate also will reduce adverse selection in insurance markets and enable these markets to work more efficiently, which benefits everyone.

How will the ruling impact states’ finances, especially in terms of the proposed expansion of Medicaid?

Danzon: Under the ACA, the federal government will pay for a very significant fraction of the cost of Medicaid expansion. Under the ruling, states may choose to forego these federal funds to expand Medicaid. But it remains to be seen how many will actually decline these federal funds, given that the Medicaid expansion could benefit their citizens, both those who would be enrolled and the providers who would serve them.

It is also unclear whether states could decline to participate in the Medicaid expansion, but then get their potential enrollees covered through the exchanges [which are to be set up by the states so the uninsured can buy health coverage.] So the net effects of making it easier for states to opt out of the Medicaid expansion on the number of people covered and state finances are hard to predict at this point.

Will the ruling hurt investor sentiment in the health care sector or strengthen it?

Danzon: I think that the ruling is positive for most health care providers and firms, most fundamentally because expanding the number of people with health insurance will increase demand for their products. For the biopharmaceutical industry, the ACA also includes the important provisions for a biosimilar pathway — that is, the conditions under which follow-on biologics [non-identical generic versions of advanced prescription drugs] may be approved by the FDA without full-blown new clinical trials.

Does the ACA combat most of the major ills of the U.S. health care system? What remains to be fixed in health care?

Danzon: The ACA in no way fixes all the major ills of the U.S. health care system. It does address the gaps in insurance coverage, laying out the financing and institutional arrangements to make coverage affordable for everyone and make it possible to get close to universal coverage.

But it does relatively little to control costs. It establishes a number of pilot programs that are intended to encourage more rational reimbursement and reduce wasteful use of resources, but these are mostly voluntary, small-scale trials that are unlikely to have major impact in the short to medium term. Rational cost control will eventually be the next item on the health care agenda, but that will be an even bigger challenge politically.