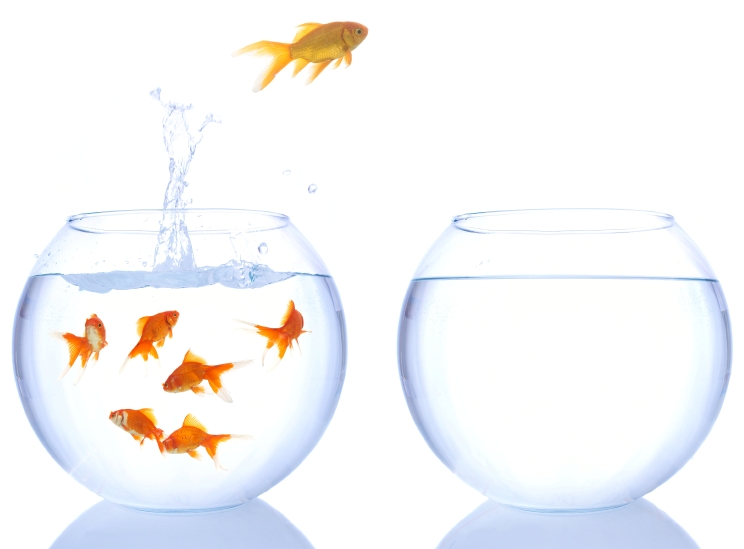 Leslie Benoliel, executive director of Entrepreneur Works, a non-profit microenterprise development organization, is a champion for change. As head of an organization that provides loans from $500 to $25,000 to small business owners in underserved neighborhoods, she is surrounded by clients’ hope and positive energy.

Her personal journey, which she shared with a roomful of Wharton alumnae at a conference last month, is also one of change. In the early 1980s, Benoliel was headed toward a bright future in New York City’s banking sector after graduating from the University of Vermont.

“New York was really fun then. I had a great apartment, but I was unsatisfied,” Benoliel said. “I kept asking myself: Is this all there is? Is this where I want to be? I was desperate to do something more meaningful, but I didn’t know what.”

At 30, Benoliel listened to her inner voice, quit the bank, sold her car, split from her boyfriend and bought an “around-the-world” plane ticket. “Letting go was the hardest part,” she noted. “If I leave, can I come back? The fear factor was real. But I‘m the oldest of five [children], and used to taking chances. My parents were supportive.”

She traveled alone for 14 months, largely in Asia. “Exploring the sights — and myself — was a wonderful experience. I needed to extract myself from that fast track in order to grow. My advice to people caught in the same dilemma is: ‘Get out of your comfort zone and do something completely different. Just do it.’”

Reentry was difficult, she recalled. “I felt out of place when I returned. I kept trying to resist being pulled back on my former path.”

Benoliel decided to enter graduate school, completing her MBA at Wharton in 1991. Her most transformative experience during that time was a program called Rebuilding Philadelphia, which exposed her to the deep poverty that existed in the city.

Still, the expectation to chase power and money was still there. “I felt pressure to do something big with my Wharton degree, but I had to let that go,” she said.

Now the mother of two teenage boys, Benoliel has achieved a level of job satisfaction that she didn’t think was possible. She has turned Entrepreneur Works into a force for change, particularly in the Germantown section of the city, creating opportunities for start-up restaurants, day care centers, bicycle shops and nail salons. The grassroots organization, formerly called the Philadelphia Development Partnership (PDP), provides classes in business development, training, finance and network opportunities, as well as access to loans.

In a survey of the organization’s loan recipients, 45% went on to start additional businesses, 88% of the original businesses are still operational and 94 jobs have been created, according to Entrepreneur Works’ website.

In June, Benoliel was invited to participate in the second annual Clinton Global Initiative Conference in Chicago to brainstorm about ways to curb unemployment and stimulate economic recovery in the United States. Benoliel joined 1,000 leaders from the business, foundation, NGO and government sectors.

Benoliel and her seven-person staff have raised more than $15 million in loan capital from banks, other corporations and government agencies, and have advanced over 360 microloans. She has also marshaled private resources from companies including Hewlett-Packard, Prudential and Starbucks.

“I love working with neighborhood entrepreneurs because they don’t have much but their desire to be their own boss and their personal gifts,” Benoliel noted. “These businesses then become economic engines by creating jobs and supporting the local economy.”