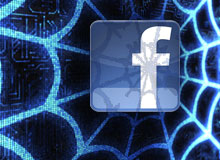 Shortly before Christmas, The New York Times became the latest media outlet to write about “Facebook resisters” — people who have never set up an account with the increasingly ubiquitous social network or those who started a profile, but later shut it down after they grew dissatisfied with the site.

As Facebook, its competitors and partner companies amp up the social aspects of their sites, and encourage consumers to share more of their activities and preferences online, it’s natural that some people are growing uncomfortable with the amount of information about their lives that is becoming publicly available, Wharton legal studies and business ethics professor Andrea Matwyshyn says. But that heightened level of sharing also makes it that much harder for consumers to completely break away from sites like Facebook, she notes, because they have become inextricably linked with how people live and work.

“There’s a growing concern among people about losing control of their own information, in particular the prospect of employers using social media as a filtering device” for prospective applicants, Matwyshyn says. She knows several law and MBA students who have opted to shut down their Facebook accounts because they were concerned about the reach of the information they were posting. “Depending on your privacy settings and the privacy settings your friends have on their own Facebook pages, you’re not just governed by your own conduct, but by the conduct of every one of your friends to the extent that they share data with third-party applications.”

Situations like this are also causing users to set up multiple personalities on Facebook, with one account for private use and another to use professionally. But bifurcated profiles and the use of pseudonyms creates other complications, Matwyshyn says, because they raise further questions about what is considered fair and legal conduct on social networking sites. “Third parties watching our conduct, or friends giving access to our information to third party vendors, are very messy spaces that will continue to flourish as the social reader phenomenon continues to expand,” she notes. “There’s a push toward having all of us increase the sharing of our information; to avoid sharing information, you have to adopt an increasingly aggressive, defensive posture.”

But given how pervasive Facebook has become, is it really possible to be truly disconnected? “The joy and pain of Facebook is that once you begin participating in the community, disconnecting means, in essence, that you lose a major source of information about people,” Matwyshyn notes. And social networking has also become an important aspect of the way many people do their jobs. “It may not be integral to the career prospects of an art framer, but for someone like me who works in a research field related to technology, it would not be possible for me to opt out of Facebook,” she points out.  “In fact, it would be, in my opinion, almost a credibility-diminishing choice.”