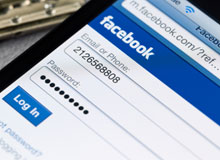 Reports that some employers are requiring job candidates to hand over their Facebook log on information have caused an outcry over perceived violations of personal privacy — and even calls for a federal investigation by some members of Congress.

But U.S. job seekers and the currently employed as well  should exercise caution, according to Wharton legal studies and business ethics professor Janice Bellace. She says in the U.S., anyone trying to challenge such a practice in court would have almost no legal ground to stand on. “People think they have more rights than they actually have; they seem to think they have rights that are just not there,” she says.

For example, she notes that employment law for decades has said that non-unionized workers could always be fired for taking actions that publicly disparage their employers. But 30 years ago, doing so was relatively complicated, and catching workers in the act was just as difficult. “When I was in law school, we used to read about cases where it did happen because it was so unusual,” Bellace recalls. “If you were talking to your friends about how much you hated your boss, you probably did it face-to-face. Although technically, under the law you might have gotten in trouble, nobody ever knew about it.”

But social media has been a game changer. “Technology has made it so much simpler for employees to get into trouble,” Bellace says. Years ago, an employee might have written a letter to a newspaper tearing apart an employer, “but it took time to sit down and type it out. Now you can Tweet it so simply. People say things before their mind stops them and says, ‘What am I doing?’”

The law is equally devoid of traction for potential employees who might be asked to provide access to their Facebook accounts, Bellace notes. “It has always been the case that employers could ask others about you for a reference and, if you refuse to give them names, they can refuse to hire you,” she says. “I’m not saying it’s right or wrong, but it’s the state of the law.”

So why are the current incidents causing such an uproar? “Employees think that their private life is protected by some right of privacy and that either a current or potential employer shouldn’t be able to invade their private lives.” But, legally, in the U.S. there is little guarantee of that, Bellace says.

“Parts of the Bill of Rights refer to the right of the citizen or person against the state,” she notes. “No state can come into your house and ask to read your diary or computer files without a search warrant. It doesn’t say anything about an employer.” Last week, Maryland legislators passed what is believed to be a first of its kind bill that prohibits employers from requiring job applicants to hand over access to private social media accounts. States including California, Michigan, Minnesota and Illinois are considering similar legislation. Bellace says that she knows of no previous state law that explicitly offers this right of privacy, nor any case law that would support an argument in court, “although we may begin to see that.”

She points out that circumstances are very different in other countries where statutes exist that recognize an individual’s right to privacy. In Germany, for example, laws date back to the post World War II era when officials there sought to ensure that people could not be fired from their jobs for aspects of their personal lives, as they had been under the Nazi regime. A few years ago, Bellace attended a conference in Australia and recalls that the organization later couldn’t get a list of attendees from the Australian firm it hired to plan the convention because the law in that country prohibits the sharing of data without permission from the individual.

“Some of these countries developed laws before social media took off,” she notes. “That adds an interesting wrinkle in those countries because they are building on a foundation of law that says you own your information.”

Bellace says even people in the U.S. who try to sue an employer – one who has asked for access to social media accounts — on the grounds of discriminatory hiring practices (because the accounts may contain information such as an applicant’s age or race) may have trouble making a case. The employer could argue that it is asking all job candidates to provide the access and thus applying the policy broadly, Bellace points out, and if that is the case, the job seeker would have to prove that the company violated the law after checking out the entire applicant pool, which could be harder to prove.

She predicts that there will eventually be further changes in the law “because younger people used to interacting with others online through social media will be more disturbed by what they view as an unreasonable intrusion into their private lives and therefore may propose legislation.” But Bellace adds that it will be some time “before people completely coalesce around this notion that you have a right to a private life and privacy in online communications.”