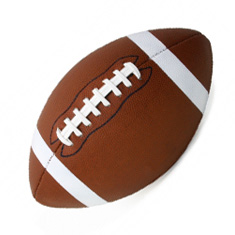 Super Bowl XLVI, and the $3.5 million that advertisers paid for 30-second spots, is over, but the ads linger on. Knowledge at Wharton Today asked Wharton faculty for their impressions of advertisers’ attempts to please the 100 million-plus viewers who tuned in to last night’s big game (which, by the way, the New York Giants won, 21 to 17, against the New England Patriots).

Marketing professor David Reibstein describes the ads as “less creative this year than in previous years. It also seemed to me there was a huge increase in the use of celebrities — Elton John, Beyoncé, Jerry Seinfeld, Jay Leno, etc. [Advertisers] may have been scared off by the negative reactions last year to the Groupon ads and some others.” Groupon’s Super Bowl XLV ad was criticized by some viewers when it pretended to talk about social issues — in one case, the crisis in Tibet — when it was instead promoting Groupon deals. Reibstein notes that animals (mainly dogs), kids and sexy bodies were also used extensively this year, and that automobile ads were another popular category “because of the value of gaining a customer.”

His favorite ads include:

For Wharton operations and information management professor Kartik Hosanagar, favorites included: The Acura commercial with Seinfeld — “a treat for Seinfeld fans; there was a storyline; it was funny and the short version of the ad worked quite well too” — and Budweiser’s End of Prohibition commercial:” Cinema lovers will love the cinematic feel to this ad. The entire look was unlike that for a typical beer commercial…. I like how they approached it with a different mindset.”

Hosanagar’s least favorite was the America’s Got Talent ad with Howard Stern. “I just didn’t get it,” he says.

Wharton marketing professor Eric Bradlow says that he was struck by two ads in particular. The first was the Dorito’s bribery ad. ”I thought it did a great job of being comedic, but also talked about the essence of the brand as being impulsive, ‘addictive in a good way,’ and a must have,” he says, adding that the commercial was also “tightly linked to the brand essence and hence made a lot of sense.” The most disappointing ads, Bradlow says, were the Coke ads with the polar bear. “They seemed like ‘been there, done that,’ and there were too many of them. This is a classic situation of ‘ad wear out’ because the ads all seemed too similar to each other.”

For Wharton marketing professor Stephen Hoch, “My only comment is that many of the ads had what looked like very expensive production value. This means that either the advertisers really went over the top on ad spending, or computer animation makes it cheap to look over the top.”

Meanwhile, the results of the second annual Wharton Future of Advertising Super Bowl Ad “Tweet Meet” are in, and the winning companies include Chrysler, Acura, Kia, Doritos and GE. The Tweet Meet featured a panel of experts and pundits that included Wharton marketing faculty, advertising executives, students and journalists, all of whom tweeted during the Super Bowl about commercials that “amused, disappointed or otherwise provoked them.” For complete results, click here.

And finally, “proving again the appeal of chatting online while watching TV, the tense end of Super Bowl XLVI on Sunday night set a new record for simultaneous Twitter messages,” according to an article in The New York Times. As the game was winding down, “Twitter counted 12,233 posts per second, the most for any English language event in the six-year history of the social-networking service,” the article noted, adding that Madonna’s halftime performance inspired 10,245 posts per second.