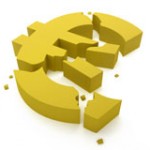 The euro zone debt crisis is spreading to the real economy, banks and even German bonds as potentially catastrophic financial stresses continue to climb up in the absence of a comprehensive solution.

According to the latest economic reports, new orders for goods fell 6.4% in September compared with August within the zone, and overall economic growth stagnated at 0.2% in the third quarter, the same as in the second quarter.

Other reports noted that wholesale credit markets were tightening significantly for European banks out of concerns over their “creditworthiness,” as the Financial Times put it. The article quoted one money broker saying that lending markets have not been so stressed since Lehman Brothers collapsed three years ago. “There is plenty of money out there, but more and more banks are deemed too great a risk to lend to.”

There is a self-feeding frenzy about current conditions. As European sovereign bond yields rise, the overall market value falls for the large amounts of sovereign bonds held by many European banks. That makes it harder and more expensive for the banks to raise new funds, which can threaten their solvency. And all of this reduces the banks’ ability to invest further in sovereign bonds, which adds pressure on yields and pushes the cycle to repeat. Potential downgrades of government debt and the banks make matters worse. Now Standard & Poor’s has indicated that it could lower its credit ratings for euro zone countries if the region goes into a double dip recession, something that many see as highly likely in the New Year, particularly given the latest economic indicators.

Meanwhile, the stress on European bonds has spread not only to France, but also to Dutch, Finnish and even German bonds. In a separate article, the FT quoted one trader saying that rising German yields reflect worries “about Germany and the fact that many clients are now asking: ‘Is my money safe even in Germany if the euro is going to collapse? What will happen to my euro-denominated debt?’”

And of course, the stress on European banks ultimately gets conveyed to U.S. banks. Notes Wharton finance professor Franklin Allen: “So far, the focus in recent days has been on the sovereign debt market. But the focus should shift back to the banks soon. With current sovereign debt prices they are probably sitting on large losses on their government debt. A recession in Europe is quite likely, so the banks will come under increasing pressure. This will inevitably affect U.S. banks as they are all interconnected. The real question is what the ECB (European Central Bank) will do in terms of supporting the sovereign debt markets. If they don’t, then the likelihood of a Lehman-style — or worse — meltdown is significant.”

Others analysts also say that the only way to prevent a full-scale financial meltdown in Europe is for the ECB to announce it will become the lender of last resort for all euro zone debt. But the ECB itself, Germany and several other countries in the euro zone say they are dead set against that, and treaties setting up the euro zone forbid it. The new ECB president, Mario Draghi, says that the role of final guarantor of euro debt is not part of the ECB’s mission, and German Chancellor Angela Merkle was quoted last week in a speech as follows: “If politicians believe the ECB can solve the problem of the euro’s weakness, then they’re trying to convince themselves of something that won’t happen.”

Instead, the officials driving financial policy in Europe remain committed to austerity policies that they say will eventually improve liquidity and solvency issues for the troubled borrowers.

Whether or not attitudes would change about using the ECB as the lender of last resort — should a chain-reaction meltdown begin in Europe’s financial system — is anybody’s guess at this point. But any action at that point may be too late because of how quickly events can cascade.