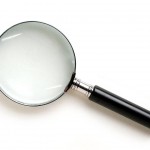 Shareholder activism has never really taken hold in India. Annual general meetings have been occasions for praising the chairman and the company management, asking for higher dividends, having tea and going home. But ever since an analyst at Kotak Securities started the unraveling of Satyam Computers by questioning why the company was keeping US$550 million in current accounts, equity research firms and foreign investors have begun taking on the role of defenders of the lay investor.

In March of this year, it was U.K.-based The Children’s Investment Fund Management — an investor in Coal India Ltd — which threatened to sue the company’s management for giving in to the Indian government’s demands on coal pricing and, in the process, ignoring the interests of its own shareholders. Then it was the equities research arm of Australian bank Macquarie questioning the accounting policies of HDFC, India’s largest housing finance company and one of the most respected firms in the country. Now, it is a report by Veritas Investment Research of Canada that has created quite a storm.

The latest Veritas target is the Gurgaon-based Indiabulls Group. In a report titled “Bilking India,” dated August 1 but released later, the research firm contended that Indiabulls management had thrown corporate governance to the wind to enrich a select group of shareholders. “We believe that disclosures at Indiabulls Real Estate Ltd (IBREL) and Indiabulls Power Ltd are unreliable and that the sole purpose of IBREL is to bilk institutional and retail investors for the benefit of select insiders,” says the report. “The controlling shareholders are running the organization as a piggybank, while proclaiming propriety and espousing credibility.” The report warns Indian financial institutions that lend to the group to “watch out” and advises investors to “sell all Indiabulls Group stocks.”

In June, Veritas had come out with another report — titled “A House of Cards” — questioning the accounting policies of Reliance Communications (RCom). RCom management responded by saying that the report was “sensational” and reflected Veritas’ complete lack of understanding of RCom’s assets and businesses. “Veritas is systematically working to destroy confidence in Indian capital markets through sensationalist reports,” said RCom.

The Indiabulls management has gone beyond a mere verbal denial. It has issued full-page advertisements in the newspapers giving its side of the picture. It has disputed the numbers and the analysis. “The heavy bias for creating sensationalism for personal profiteering is the reason [for the report],” alleges the company. The firm has filed a police complaint against the Veritas analysts. The police, in turn, have issued summons to the Canada-based analysts for a personal appearance. Indiabulls has produced emails which are claimed to show that Veritas asked for money to delay publication of the report.

Nothing is likely to happen to Veritas, however; the law in India moves very slowly. But Indiabulls Group shares have plunged on the stockmarkets. Indiabulls Financial Services, for instance, is down to Rs. 190 (around US$3.40) from its 52-week high of Rs. 267 (US$4.60). Meanwhile, Morgan Stanley Singapore bought 10.1 million shares of Indiabulls Infrastructure & Power at the height of the controversy. The purchase was made at Rs. 6.17 per share. It is now quoted at Rs. 5.