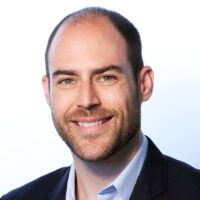 Food Co., a pseudonym for a large food processing plant in the Northeast, had been operating successfully for several years when the plant manager realized he had a problem he couldn’t solve alone.

The employees did their jobs well, but they didn’t seem to care much about taking care of each other. Workers were reluctant to call out unsafe practices when they witnessed them and rarely offered a helping hand when it was needed.

“The plant manager said to me, ‘I want people to do the right thing when no one is watching,’ recalled Wharton management professor Michael Parke. “Well, that’s organizational citizenship.”

That conversation led to a yearlong field experiment for Parke and his colleagues that not only helped transform the culture at Food Co., it also proved their theory that both supervisors and peers can be powerful agents of change when they are allowed to intervene at different times of the change process. According to the study, supervisors are more effective at guiding change early in the process, when there is greater uncertainty and confusion about the new standards of behavior, while peers are effective later in the process, when the standards are better understood by everyone.

“I think that’s what’s cool about our jobs. We can do intervention research with companies that want to change the culture.” –Michael Parke

“Peer-led and supervisor-led role interventions can complement one another, especially in the later stages of change,” Parke noted.

The paper, “Creating Organizational Citizens: How and When Supervisor- Versus Peer-led Role Interventions Change Organizational Citizenship Behavior,” was published in the Journal of Applied Psychology. The co-authors are Subrahmaniam Tangirala, management professor at the University of Maryland’s Robert H. Smith School of Business, and Insiya Hussain, assistant management professor at the University of Texas at Austin’s McCombs School of Business.

What Is Organizational Citizenship?

Parke explained organizational citizenship as a range of behaviors that promote the social environment of the workplace. “It’s all the things that aren’t task performance that contribute to the organization, its culture, and that benefit the team,” including behaviors like showing up on time, not taking unnecessary sick days, being a team player, volunteering to help, and speaking up. These behaviors aren’t always codified, which is why they can be hard to incentivize. But now, Parke said, more organizations are including them as part of their stated values and are trying to recognize and reward employees who embody them.

That’s what Food Co. did during the experiment. Working with the professors, the plant managers identified seven behaviors they wanted to amplify: Help others, Take initiative, Give 100%, Be safe, Be clean, Speak up, and Be respectful. These behaviors were nicknamed the “Food Co. 7” and became ever-present through the course of the experiment — they were either printed on a worksheet or a badge that was carried by participants in three of the four study groups. (The fourth group was a control group.) Also, in half the experimental conditions, teams had “engagement meetings” where they would review the Food Co. 7 as a team and discuss two examples of people living out those values and solicit feedback for ways the team or company could improve further on them.

“I think that’s what’s cool about our jobs. We can do intervention research with companies that want to change the culture,” Parke said. “One common mistake we tried to avoid in this study is how managers implementing change often think and communicate about the change so broadly and abstractly. They have great values and inspirational quotes and great belief systems that can help give meaning, but these often fail to translate into the day-to-day jobs and work of employees. We wanted to reverse-engineer it.”

The initial reaction to the proposal was mixed. Some employees were on board from the start, while others felt it was silly, irrelevant, or a waste of time. But with consistent messaging and accountability, the culture slowly began to turn. The researchers measured a 25% increase in organizational citizenship behavior over the year, and the Food Co. 7 eventually became part of employee performance reviews. Supervisors reported that employees were taking ownership of problems and proactively addressing them, like cleaning up trash instead of waiting for someone else to do it. Meanwhile, employees said they felt empowered to speak up, like reminding someone to put on the proper safety gear before performing a dangerous task.

“When I’m teaching students about building culture, I often tell them you need to annoy people with how much you live your culture.” –Michael Parke

Parke said the study exemplifies how repetition and practice are paramount to culture transformation.

“When I’m teaching students about building culture, I often tell them you need to annoy people with how much you live your culture,” he said. “They’ll be annoyed, but they’ll respect you and understand that it’s important.”

A key takeaway from the research is that creating, communicating, and implementing interventions — then measuring their impact — can be an effective way to drive behavioral change and make better organizational citizens. But equally important is the timing of these practices involved in the intervention. Supervisors have the most influence at the beginning of the process because they can use their authority and legitimacy to set direction, clarify confusion, and answer questions, but they need to know when to cede control to employees.

It can be tricky for supervisors to seize key moments of empowerment if they don’t recognize them, Parke said. But they can learn to read the signs, such as employees becoming more comfortable speaking up in meetings or correcting problems before the supervisor has to step in.

Timing is so important that the professors found that the peer-led interventions actually interfered with the supervisor-led interventions when both occurred early in the change process. Parke said mixed signals were likely to blame for the failure. “This message alignment among multiple groups of change agents can take time to resolve,” he noted. “It’s almost like dance work. Who’s leading? Who’s following?”

Although the study was done in a production setting, Parke thinks it may work even more efficiently in a knowledge work environment, where there may be less of a structured hierarchy, and feedback and collaboration are the norm. With a similar intervention, those who work in professional offices may have fewer barriers to adopting new citizenship behaviors, he said.