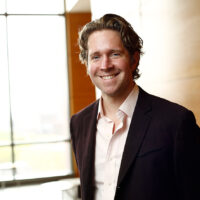 Fifty years ago, President John F. Kennedy famously challenged NASA to land a man on the moon by the end of the decade. That vision galvanized thousands of employees with vastly different roles — everyone from astronauts to cleaning crew members — around the common goal of a lunar landing.

According to Wharton management professor Andrew Carton, the power of that message is in the type of wording used: It is visually concrete. If Kennedy had said, “Let’s aim to be number one in the space race,” would the results have been different? Perhaps so.

In a paper published in the Academy of Management Journal, Carton and Brain J. Lucas from Cornell University looked at how leaders craft vision statements — and specifically, why some are more powerful than others. The authors note that evidence suggests the more concrete a vision statement is, the more effectively it can inspire employees. Even so, research has shown that leaders often take the opposite approach, creating vision statements laden with abstract terms. The effect is what the authors call “the blurry vision bias.”

This happens for a very simple reason, Carton and Lucas write: “This bias largely stems from the reality that people tend to think abstractly as they ponder the distant future.” In other words, when imagining what effect their product or service may have in the real world, leaders emphasize what the authors call the abstract “meaning-based cognitive system … and underemphasize the experience-based cognitive system.” Basically, it’s the difference between “Our goal is to make you happy,” and “Our aim is to put a smile on your face.”

Carton recently spoke with Knowledge at Wharton about the paper, which is titled, “How Can Leaders Overcome the Blurry Vision Bias? Identifying an antidote to the Paradox of Vision Communication.”

Knowledge at Wharton: Let’s begin with the title of your paper — what exactly is the blurry vision bias, and why do leaders need to overcome it?

Drew Carton: The blurry vision bias is the tendency for most people — including leaders — to think abstractly rather than concretely about the distant future. Leaders might invoke vagaries such as “we aim to impact the world” rather than vivid images like “bring smiles to customers’ faces.” Therefore, most visions are, ironically, not very visionary.

Why does this bias exist? First off, we don’t have direct experience with the future for a pretty self-evident reason: It hasn’t happened yet! So, we tend to speculate about it in very broad, general terms. Although it is useful to think about the future in general terms because it allows for flexibility, the problem is that when we communicate this generality and vagueness to other people, it often has some unfortunate consequences: It is not very motivating because it is not emotionally appealing, and it stifles coordination because different employees have a different understanding of what we aspire to achieve in the future.

“Most visions are, ironically, not very visionary.”

Knowledge at Wharton: Can you give us some examples of high-profile vision statements that are based on more concrete or visual rhetoric?

Carton: I include my favorites in the beginning of the paper: Bill Gates imagined a “computer on every desk and in every home”; John F. Kennedy challenged NASA to aspire to land “a man on the moon” — notably, the 50th anniversary of the moon landing is this week; and Henry Ford envisioned a “motor car for the great multitude” that people could enjoy for “hours of pleasure in God’s great open spaces.”

Knowledge at Wharton: One of your previous papers is titled, “I’m Not Mopping the Floors, I’m Putting a Man on the Moon: How NASA Leaders Enhanced the Meaningfulness of Work by Changing the Meaning of Work.” Did that research help to inspire this study?

Carton: Both papers were in development at roughly the same time. The NASA paper investigates how employees can feel a stronger connection to their organization’s purpose, which is challenging given that the qualities that make an organization’s purpose meaningful — being lofty and far-reaching — are at odds with the qualities that make work more manageable and tractable. Research on goal setting shows that work is more manageable if it is narrowly defined.

One of the ways to circumvent this tension is to articulate the organization’s purpose more vividly with image-based words. The goal of landing a man on the moon seemed “closer” to everyday work than the more vaguely stated purpose of “advancing science.”

Knowledge at Wharton: What techniques can leaders use to overcome this tendency — to, as you say in your paper, activate the experience-based system?

The primary technique leaders can use to tap into this part of the mind is something called “mental time travel”: asking people to psychologically project forward in time and imagine getting out of a time machine and looking at the world around them. How has the world changed now that people are impacted by the product or service that you were responsible for creating? What are the looks on peoples’ faces? What movement do you see? Paint a vivid picture of that day in the future when all of your hard work will bear fruit.

“We found that it is not sufficient to merely be armed with the knowledge that visual imagery makes visions more powerful.”

Knowledge at Wharton: Leaders communicate in many ways beyond vision statements. What implications do your findings have for other kinds of leadership communication that take place in organizations?

Carton: Great question. I can only speculate at this point, but my hunch is that concrete feedback would come in especially handy when providing employees with feedback on their performance. Much of the time we give very high-level feedback about personal traits (“you’re a great team player”), but a meta-analysis by Kluger and DeNisi showed that this type of high-level feedback is not helpful because it is so vague that people cannot use it to improve. They don’t know what they should do differently. What works better is concrete feedback about behavior — helping someone visualize what they should and should not do. Rather than encouraging someone to “be more conscientious,” it would be better to say that “it’s important to show up on time for our meetings.”

Knowledge at Wharton: What are some additional questions your research raises, or future avenues for research in this area?

Carton: Although we have found that most people tend to think and communicate extremely vaguely about the future, there are occasional exceptions to this. Some people, like Martin Luther King, Jr., just have a gift for generating crisp detail about the future. Why might this be? Is it natural? Can it be learned? We found some evidence suggesting that people who are more instinctive by nature are more strongly influenced by our mental time travel tactic. However, this doesn’t tell us whether certain types of people might be better than others at generating visual detail about the future without any outside assistance — that is, without being primed to use mental time travel. I wonder if it depends on whether some people enjoy using their imagination or have a deep interest in the humanities and therefore have gotten a lot of exposure to storytelling.