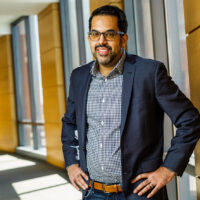 For companies that push forward on the specialized knowledge of a highly trained workforce, competition for the best employees can be fierce. Providing the right environment to lure top workers doesn’t come cheaply, and conditions can change on a dime. Prasanna “Sonny” Tambe, Wharton professor of operations, information and decisions, examines the shifting priorities of the tech labor market and its implications for other industries in two recent papers, “The Death of a Technical Skill: Evidence from the Demise of Adobe Flash,” co-authored with New York University’s John J. Horton, and “Paying to Program? Engineering Brand and High-Tech Wages,” co-authored with Boston College’s Xuan Ye and Wharton management professor Peter Cappelli. Tambe recently sat down with Knowledge at Wharton to talk about his research.

Knowledge at Wharton: Tell us about what you studied?

Sonny Tambe: I focus on the economics of technical labor markets. We’re increasingly moving towards an economy where things are digitized. It’s not just traditional products. When you’re shopping for a car, for instance, a lot of people are looking at driver-assist features or infotainment features. Increasingly, these companies are having to think about or compete for developers and engineers and data scientists, which we know is a very tight market. I study how firms compete in these markets and what that means for their innovation outcomes, what that means for their performance outcomes. How do they design their engineering brands to attract these workers? How do they design their organizations in a way that facilitates learning about new technologies?

I also look at how some of these decisions, in turn, affect workers’ decisions about what firms to go to or whether to enter the workforce at all. We have this longstanding policy discussion about the IT workforce and the technical workforce, why markets for those workers are so tight, and the really hot issues around the composition of that workforce — gender imbalance, racial imbalance. I also study how some of the economics of these markets influence what types of workers choose to enter or not enter the IT workforce, as well as what firms they choose to go to.

Knowledge at Wharton: One of your recent papers looks at IT workers and whether firms that use cutting-edge technology are able to attract more or better workers, or keep them longer. Another paper takes a closer look at Adobe Flash. Could you tell us about some of the key takeaways from both papers?

Tambe: The first paper is looking at how firms attract talented engineers, developers and data scientists. One of the findings in that paper is that firms on the frontier that are trying to attract developers who are really interested in learning the newest technologies tend to compete not just on wages but also on the kinds of technologies they offer and allow these workers to work with. We know that workers come in, work with these new technologies and learn something. That’s valuable because they can go to their next job and take those skills with them. So, firms that want to attract workers who really are on the frontier of new technologies have to offer an environment and not just a good job in the traditional sense in terms of benefits and wages, but also a work context in which they can really learn about new technologies and ramp up their skills.

“Technical skills are kind of unique in that they are often attached to companies.”

The finding in that first paper is looking at how these firms compete in this market, how they choose technologies and what that implies for the types of workers who choose these firms. What it’s going to do then is really attract a certain kind of worker, maybe workers who are looking at learning and presumably have maybe a longer career ahead of them. It has some implications potentially for sorting these markets by age as well, which we’re trying to get into.

The second paper is closely related. In that paper, we’re interested in how workers react to the death of their skills. Technical skills are kind of unique in that they are often attached to companies. For example, if you are a health care IT implementation specialist, you might specialize in a particular type of platform. If that company disappears overnight, your skills are all of a sudden rendered useless. We look at how workers react to that, how they prepare for that ahead of time and how they think about diversifying their skill sets to be ready if they face that eventuality.

In particular, we look at a really interesting case from a few years ago. Adobe Flash was a skill set that was instrumental to the early web, very popular in driving web content. There was a famous case in about 2010 when Steve Jobs posted a blog post called “Thoughts on Flash” in which he announced that Apple was no longer going to support Flash on its devices. That led to a very sharp decline in the demand for these skills. A lot of developers started to move away from Flash. We look at how developers adjusted to that shock to the market.

Knowledge at Wharton: Both papers point to some interesting things about the nature of workers and the nature of companies. The first paper shows companies might have to balance between the significant investment of providing cutting-edge technologies and attracting employees to work with those technologies.

Tambe: I think that’s a great point. One of the key takeaways from what we study is that you hear about companies that are early adopters of new technologies and have these great perks at work. So many companies are located in Silicon Valley or other high-tech clusters these days. We argue this is part of a system. There are a lot of advantages to being an early adopter sometimes, but there are significant investments that are required to support that. You can’t just say out of the blue, “I want to jump on the newest thing,” because it’s hard to get the workers that you need to support that.

“There are a lot of advantages to being an early adopter, but there are significant investments required to support that.”

If you really want to play that game, it implies these other investments that you’re talking about. Maybe locating markets where rent is high, real estate is expensive. Maybe putting in place the kinds of HR practices that allow workers to be more flexible, to learn on their own time. Those things do cost companies money, so these companies need to be quite deliberate when they think about how they build this system, not just an individual piece of this pie.

Knowledge at Wharton: The Adobe Flash case is also interesting because it shows what happens if you invest in one technology that goes away, and you have these workers who know how to do one thing. What are the implications for companies to retrain workers or to have employees with a forward-thinking attitude?

Tambe: I think one of the keys to what makes the economics of these markets interesting is how fast these skills appear and then disappear. They depreciate quickly sometimes, so it does imply a certain kind of forward-looking behavior from workers that is pretty interesting. They do tend to be relatively instrumental in how they think about working on project A versus project B as well as company A versus company B.

If I am a startup company with a high risk of failure, for example, and I’m asking people to work on a technology stack that is not going to be valuable to them in the future, that’s a hard trade-off to ask workers to make. It does put constraints on the firm’s choice of technology because I need to give them one or the other. I need to either give them stability and a rich internal market, or I need to provide them the skills that are going to make them valuable out there in the market.

Knowledge at Wharton: It seems with tech, what is out of vogue isn’t necessarily bad. You have to go with what is attracting consumers at the time. Steve Jobs decided not to use Flash, and that doesn’t have anything to do with whether Flash was good or bad.

Tambe: We haven’t looked into this as much yet, but what’s come across at the margins of what we’ve been studying is how workers converge on particular skills. What is going to be the next hot new thing? And you’re right, it’s often because of reasons that are unpredictable. Political reasons, personal reasons, financial reasons. It’s not necessarily what’s the best technology. There’s a lot of social networking, a lot of online chatter, discussion boards, people asking one another, “What should I be looking at? What do you think is going to be the next most valuable technology?” It’s not something that is written in clear ink.

“I’ve always liked to look at IT workers as the canary in the coal mine. Whatever happens to them tends to happen to everybody else about 10 years later.”

Tambe: We’re continuing to look at this skill question, but I think one of the interesting things that is happening now is the emphasis on technical skills. Let me define that more broadly. Being comfortable with not only technology but data and algorithms is bleeding out into the larger workforce. The IT labor force is incredibly important for innovation and growth, but there are more and more workers — insurance analysts, HR analysts, product managers — who increasingly need to be comfortable with data, algorithms and so on for their daily job descriptions. We’re seeing that in the press every day, all of these concerns about how to work with machines, how to work with large data sets. We’re starting to look at the implications for the broader workforce. Where do we see data and technical skills impacting other types of jobs?

I’ve always liked to look at IT workers kind of as the canary in the coal mine. Whatever happens to them tends to happen to everybody else about 10 years later. I think a lot of the concerns that we have about the IT workforce, we may start to see for the broader workforce soon. It’s important to look at the economics of what is going on in that smaller group because I do think it’s going to have implications for the rest of us fairly soon.

Knowledge at Wharton: There’s been a lot of talk about what kind of jobs will be automated in the future, who is going to get pushed out and what we do about that.

Tambe: Absolutely. A lot of the discussions that are now on the cover of the major newspapers, for instance, are the things that IT workers have been facing for a long time. Online work, gig work, things like that. That’s old news for a lot of the IT workforce, so I think there are a lot of lessons that can be transported into the current day discussion.