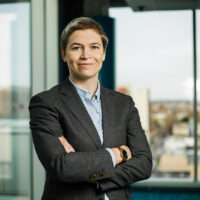 Credit market failures could slow energy efficiency adoption in low-income countries, according to a new research paper titled “Credit, Attention, and Externalities in the Adoption of Energy Efficient Technologies by Low-Income Households.”

Low-income households face credit constraints in adopting energy efficient technologies, which policymakers may address with financing programs and subsidies, according to the paper. The paper’s authors are Susanna B. Berkouwer, Wharton professor of business economics and public policy, and Joshua T. Dean, professor of behavioral science and economics at the University of Chicago’s Booth School of Business.

Berkouwer and Dean generated these findings during a recent 14-month study of the adoption of energy efficient charcoal cookstoves among 1,018 low-income households around Nairobi, Kenya. They selected a popular brand of energy efficient cookstoves called Jikokoa and offered them to participants at a subsidized price. More than 500 households opted for it. The cookstove is designed with improved insulation for better heat retention.

Using data collected across four survey rounds, the researchers estimated that the households that switched from traditional charcoal cookstoves to the energy efficient alternative saw a 40% reduction in charcoal spending, saving the average household $118 a year. The authors put that in context: Those households have an average monthly income of $120. The Jikokoa cookstove retails for $40, so the savings corresponded to a 300% annual rate of return on investment.

Despite those gains, households without access to credit were willing to pay only an average of $12 up front for the cookstove that retails for $40. But the group with access to credit was willing to pay $25 to buy the stove. “The main barrier to adopting the more energy efficient stove is just money. People don’t have the cash on hand,” said Berkouwer.

The median household in the study spent 20% of its budget on energy, compared to 3.5% for the median American household and more than 7% for the poorest Americans. With those high energy costs, the “attention to savings” may already be high for low-income families, the paper noted. Unlike similar studies in rich countries, inattentiveness to the savings did not contribute to low willingness to pay, Berkouwer pointed out.

Instead, “credit market frictions” were the reason for the low willingness to pay. More than one-third of survey respondents had sought a loan in the past year and been refused, and more than half the respondents said they would borrow more if the cost of borrowing was lower. Loan conditions were also stiff: One lender charged 7.5% in monthly fees and required repayment within a month. “In practice, this means that almost a quarter of our sample would not be able to take out a loan today, even if they wanted to,” the paper stated.

Ways to Resolve the Frictions

Carbon taxes might not be effective in low-income settings where people face credit constraints, the paper pointed out. Policymakers could expand access to credit in order to increase adoption of energy efficient technologies among low-income households. But the authors note that this path has obstacles, including “information asymmetry and adverse selection in credit markets, and the informal nature of many low-income economies.”

Instead, the authors recommended subsidies on energy efficient technologies. Berkouwer said those subsidies could apply to both households and manufacturers of cookstoves. Some manufacturers, like Burn Manufacturing, which makes the Jikokoa stove, already get subsidies through carbon offsets, Berkouwer added. Burn is also working with women’s groups in Kenya to find new ways to provide loans. Women accounted for 95% of the respondents in the study.

“The main barrier to adopting the more energy efficient stove is just money. People don’t have the cash on hand.” –Susanna B. Berkouwer

Berkouwer said the energy efficient cookstove also brought health benefits. Compared to traditional charcoal cookstoves, the energy efficient variant uses half of the charcoal and generates half of the smoke. “Respiratory disease is one of the main killers in a lot of low-income communities.” Berkouwer and colleagues are planning a large, follow-up health study of the households they tracked, where they would measure indicators like blood pressure and blood oxygen levels.

Why Focus on Low-income Countries?

Identifying the optimal policies to promote the adoption of energy efficiency in lower income contexts is important because almost all growth in global energy demand in the next several decades is expected to come from low- and middle-income countries, the paper stated, citing International Energy Agency data. Also, in Kenya specifically, more than two-thirds of households still use traditional wood and charcoal stoves as their primary cooking technology with “significant negative health consequences,” the paper pointed out.

A growing number of low-income countries are implementing carbon taxes to reduce emissions of greenhouse gases and local environmental pollutants, the paper noted. South Africa, Chile, and Mexico have all enacted a carbon tax since 2014, each covering at least 40% of domestic greenhouse gas emissions, it added.