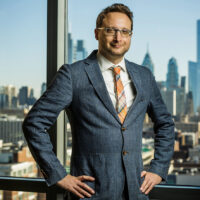 Sales of genetic testing kits have skyrocketed since they first appeared on the market in 2013. Now, more than 30 million people have taken these tests, adding a treasure trove of DNA information to enormous datasets that are already being tapped by tech-savvy businesses. Music streaming service Spotify offered curated playlists based on a listener’s DNA, for example, and AeroMexico advertised a “DNA Discounts” program on flights to Mexico for Americans who could prove Mexican ancestry through such a test.

The possibilities for using genetic information to market products and services seem as infinite as the genetic variation among human beings. But a groundbreaking study from Wharton warns marketers to proceed with caution. Serious ethical concerns about autonomy, privacy, discrimination and misinformation abound, and there are few laws that address these concerns.

Wharton marketing assistant professor Gideon Nave, postdoctoral researcher Remi Daviet, and Jerry Wind, Wharton emeritus professor of marketing, are the authors of the paper, titled “Genetic Data: Potential Uses and Misuses in Marketing.” Recently published in the Journal of Marketing, the study is the first to examine how the availability of fine-grained genetic data is reshaping the field of marketing. In addition to exploring the ethical and legal challenges, the scholars offer a theoretical framework that incorporates genetic variables into existing consumer behavior theory.

Knowledge at Wharton asked Nave and Daviet some questions about the paper. Their answers appear below.

Knowledge at Wharton: This is the first study that takes a look at how genetic data is influencing marketing. Why did you want to study this topic?

Gideon Nave: Over the past decade, there has been an exponential growth of the direct-to-consumer genetic testing market. This has led to accumulation of massive genetic databases by privately owned companies, such as 23andMe and Ancestry. These genetic datasets are commonly used in health care applications, such as informing consumers about genetic risks. However, we also noticed that marketing teams of several global firms started incorporating genetic data into marketing campaigns. For example, last year Spotify partnered with Ancestry and began to offer its users the ability to upload their data and create playlists that matched their genetic ancestry. AirBnB partnered with 23andMe to offer cultural trips and experiences that are tailored to one’s genetic heritage. Another prominent example is Aeromexico, which ran ads where they offered a discount matching one’s percentage of “Mexican DNA” (though we do not know for sure if such discounts were actually offered). So, the natural motivation for us was to evaluate what can actually be done with genetic data from a marketing standpoint.

Remi Daviet: We then became increasingly concerned about the implications for consumers, and society as a whole, considering ethics and privacy issues. Genetic data is informative about virtually everything that characterizes you: from which diseases you’ll potentially develop while aging, to what flavor of ice cream you likely prefer. We wanted to also investigate this dimension and evaluate the potential threats.

Knowledge at Wharton: Your paper discusses how marketers may be able to use information mined from genetic data. Can you illustrate how can be done?

Nave: The fundamental idea here is that marketing is about addressing the consumer’s needs. Different people have different needs, and genetics often plays a role in shaping these differences. For example, think of a high-quality pizza restaurant launching an online campaign in order to lure people to try their pizza. A good campaign would place the product in the center and highlight offerings that consumers may find particularly appealing. But people differ in their preferences: some like savory pizza toppings like anchovy; some enjoy spicy toppings like jalapenos; and others prefer sweet toppings like pineapple. Some consumers are also lactose-intolerant and look for pizza with lactose-free cheese. Some seek a gluten-free pizza. These different needs and preferences of consumers are, to some degree, related to genetically regulated biological processes that govern our sensory perception and metabolism. In such cases, the consumers’ genetic markup may be more informative about their needs than their demographics. The pizza restaurant could partner with a genetic-testing company, like Spotify and AirBnB did, and try to create a genetically personalized promotion strategy and customized ads for each consumer. They may not even need an access to genetic data, and simply ask the genetic-testing company to run the campaign on their behalf, just like marketers use Facebook’s advertising platform without having access to each consumer’s data. Not long ago, this would have sounded like science fiction, but we are seeing companies that have already been doing similar things.

“Marketing is about addressing the consumer’s needs. Different people have different needs, and genetics often plays a role in shaping these differences.” –Gideon Nave

Knowledge at Wharton: What are the ethical concerns with using genetic data in marketing?

Daviet: People might not realize the amount of information their DNA contains and the potential consequences of leaving their data within the hand of for-profit companies. Once a private company holds the data, they might be interested in monetizing it as much as possible, which includes selling it to other companies, and ultimately risk being detrimental to consumers. When people agree to share their genetic data, do they think thoroughly about all the potential consequences? Another issue is that your genome is not only informative about yourself, but also about your relatives who share part of their genome with you. These relatives might not have given their consent for you to share their data and have companies trying to monetize it.

A subsequent risk is also a potential reinforcement of discriminations. For instance, a university might identify which genetic patterns are associated with higher performance among students and target similar individuals in their marketing campaigns with incentives to enroll, increasing further the gap between already advantaged students and the others.

Nave: An additional serious concern is misinformation. People are, in general, fascinated with their genomes, and genetics is strongly associated with scientific discovery in their minds. Because of this, consumers might tend to believe that every recommendation that is based on their genetic data relies on solid scientific evidence, even when it is not explicitly stated. In reality, the science is often quite shaky, and even when it is not, the role of genetics in many cases is relatively small, compared to environmental factors. Over the past years we have witnessed the emergence of startups that allegedly tailor wine recommendations or help people find romantic partners based on their genetic markup. These applications are not based on solid science, and we are concerned that the average consumer might not realize that.

Knowledge at Wharton: In the paper, you point out that there are very few laws in the United States to regulate the use of genetic data, especially when compared with the laws in Europe. Why is the U.S. lagging behind, and what kinds of laws or policies are needed?

“People might not realize the amount of information their DNA contains and the potential consequences of leaving their data within the hands of for-profit companies.” –Remi Daviet

Daviet: The U.S. has a history of trying to regulate industries only once harm has been done and social pressure increases on politicians. Europe tends to be more proactive. In the U.S., we can see that the Federal Trade Commission only started last week to investigate how internet giants collect and use personal data, although those practices have been going on for years. Moreover, we are only looking at an investigation and have absolutely no guarantee that this will result in any regulatory changes. As industry actors have a lot more active lobbying power than consumers, it is unlikely that the U.S. will ever be a first mover in that field. We believe that genetic data should be considered as very personal and sensitive, like medical records or tax returns. Regulations that prevent retaining and sharing data would probably be beneficial in that sense. If genetic data is retained, it should be encrypted with specific security features. Finally, any data mining for commercial purposes should be individually accepted by the consumer, not as is currently done with a general blanket term, allowing its use for any “marketing and personalization purposes.” An optimal solution would be to have the data encrypted and processed on the consumer device, and never shared with private companies.

Knowledge at Wharton: In the paper, you say that there are “gaps in the knowledge” on this subject and that further research is needed. What are those gaps, and what’s next for this research?

Daviet: We all know that the advertising giants are accumulating data about your every action to predict what products you would buy, what services you would consume, and which ads you better respond to. The potential of genetic data for marketing depends on its capacity to improve predictions beyond these already existing data. While we know that genetic data is informative about virtually every human trait and behavior, we don’t know in which sectors, for which products, and by how much it is informative beyond existing data.

Nave: We also don’t know how consumers will react to having their genetic data used for marketing purposes. Genetic research has many health-related applications, potential marketing uses being only one of them. For example, a recent study identified several genetic variants related to the chance of developing severe COVID-19 symptoms once the virus is contracted. Such discoveries could lead to development of new therapeutics and save lives. Eventually, scientific discoveries in this domain critically depend on people taking genetic tests and consenting to participate in research. If the consequence of using genetic data by marketers is that people would just stop taking genetic tests, this might backfire and we would all pay the price. We are currently investigating all these issues and expect to have new findings soon.