The Great Recession forced consumers to drastically rethink their purchase behaviors and, even though many have regained their financial footing in the five years since the downturn officially ended, those buying patterns have remained. As a result, more and more products are moving toward the “value” or “premium” ends of the spectrum, leaving a middle market that is struggling to remain relevant. In this opinion piece, Steve Carlotti, CEO of The Cambridge Group, a growth strategy consulting firm that is part of Nielsen, notes that companies need to “reset” their innovation efforts and think differently about scale in order to thrive in the new economy.

This month marks the five-year anniversary of the end of the Great Recession, but the 18-month economic downturn that began in December 2007 has had a more permanent impact on consumer purchase behavior than companies expected. That fundamental change in consumer behavior — coupled with a “hollowing out” of the market as more value and premium products become available — has resulted in the greatest challenge to the established market order in the last several decades.

Despite common beliefs, income distribution is not necessarily responsible for this change. More important is the increasing gap between “disposable income” and “available income.” For example, over the last two decades, households have increasingly moved health spending from a discretionary cost to a scheduled cost, as demonstrated by a dramatic decline in out-of-pocket health spending (as a percentage of the whole). Moreover, an increasing proportion of income is dedicated to connectivity (video and data) — expenses consumers typically don’t consider discretionary, particularly for recurring subscription services.

Then Came the Great Recession

Looking at purchase behavior, most of the time consumers choose from a small number of products or services — whether it’s the cereal they buy, the bank they use or the television channels they watch. The dramatic change in circumstances caused by the Great Recession has forced consumers to reconsider their choices in category after category. For many, the new choice stuck.

“While mainstream products may perform better than value products, the difference in performance created by a particular benefit … is not creating sufficient differentiated value to support the cost differential.”

During the recession, consumers realized lower-priced products frequently performed better than expected, leading in turn to more loyalty to these offerings. For example, if consumers believed private label products performed worse than branded goods, but were prompted to try them by a change in circumstance, a better-than-expected experience means they will be more likely to continue to buy the lower-priced product, even when their income constraint loosens. This is a reflection of the value perceived by customers. It stands to reason that consumers will continue to try lower-price products long after the income effects of the Great Recession have passed. This change in consumer behavior has profound implications for the future strategies of companies.

Be Good, But Not Too Good

As consumer purchasing behavior has changed, the price band of most goods and services has expanded dramatically. Companies have hollowed out offers for consumers not by making products and services in the middle less compelling, but by dramatically broadening the offerings available at the upper and lower ends of the market. Of 100 products competing in the average grocery category, many more are now premium or value than was the case a mere 15 years ago. In many categories, mainstream products have gone through a difficult evolution and they are now competing on a “value plateau.” 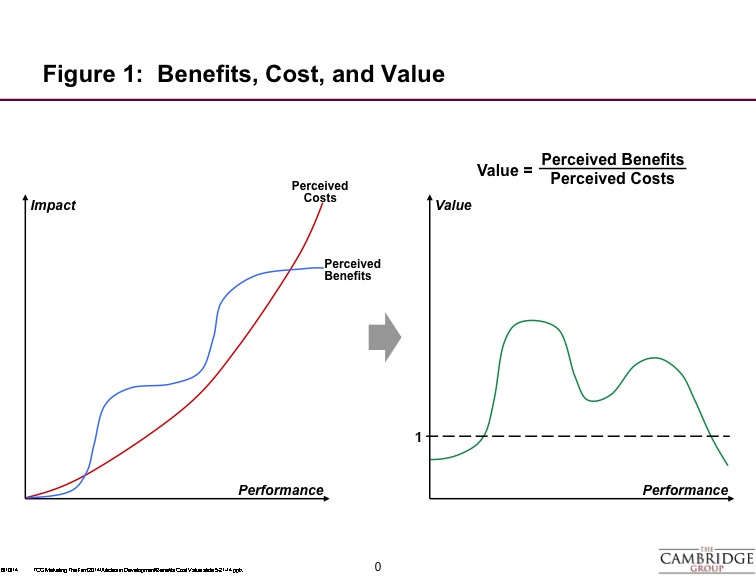 While mainstream products may perform better than value products, the difference in performance created by a particular benefit (say, the freshness of beer, or convenience in banking) is not creating sufficient differentiated value to support the cost differential. Instead, it is adding material amounts of cost. What results is a preference, among many consumers, for the value offering – not necessarily because it is better and not only because it is less expensive, but because its price is more in line with its benefits than is the case with the mainstream product. This can be true even if the mainstream product improves its absolute performance advantage. Take the automobile industry, for example. Over the last few years since the recession, demand for used and value cars, such as Kia, continues to grow while middle of the market brands struggle.

At the same time, premium car sales remain strong. In fact, we’re seeing the emergence of more and more premium products across industries. Just look at the grocery industry. Whole Foods plans to expand from fewer than 400 U.S. stores to 1,200 (with more than 100 new stores currently in development), which will make high-end and organic products more readily available in smaller cities nationwide. And in retail, Neiman Marcus is doing quite well compared to the retailers that have been a bastion of the middle for a long time.

Premium products, in most categories, have simply moved to the next upward sloping part of the curve. This framework for explaining the rise of premium and value challenges the innovation process of most established brands. Incremental innovation is no longer sufficient given how value is being perceived by consumers in most categories. There’s no more room for improvement when offerings are already over-improved, creating a need for an “innovation reset.”

The most important strategic question for your company is how the benefits you are offering compare to the next alternative, and the cost differential. If the cost differential is larger than the value differential, you are in great danger of being attacked from below. In addition, there may be value up opportunities for your business, but they likely require a major increase in benefits and cost than is present today.

One of the implications of the benefit/price curves is that benefits can be more readily increased by exploring new benefit territories. The iPhone is a wonderful device, but it is not necessarily a superior telephone (or email device). What our experience with the iPhone demonstrates is that new benefit areas for the phone (apps and a sleek design) were far more important than the phone makers of 2000 gave them credit for being. This lesson is vital in all major categories. Breakout may be more easily found by creating new benefit territories than continuing to innovate incrementally on historical benefit territories — a profound change from the way many companies spend the majority of their innovation dollars today.

Historically, we have thought about the benefits of scale as being cost or supply based — with more scale comes the ability to offer the same set of benefits at lower cost. But this is no longer the case. Indeed, in category after category, technology and the globalization of production has made smaller offerings more economically viable. An offering that is tailored to appeal to a small segment of people — who are willing to pay a lot for it — is far more likely to be successful in today’s global, digitally-connected business environment.

As a result, aiming for the “middle of the market” is no longer necessary to drive business success. For large companies, the advantage of scale will no longer come from applying it just to the supply side of the business, but also the demand side. With scale comes the ability to generate superior consumer understanding, something most companies spend relatively little to understand.

“Incremental innovation is no longer sufficient given how value is being perceived by consumers in most categories.”

Large companies must also learn to fail quickly — to create larger successes, they must embrace bigger failures. When you are part of a large enterprise, you are expected to “leverage” your scale when you think about innovation. It would be far better for large companies to free themselves consciously of these constraints — they get in the way of innovating to grow the company.

Over the last several decades, a quiet revolution has occurred. The combination of changing business economics toward lower scale, increased availability of consumer insight and the after-effects of the Great Recession have created an environment like nothing we have experienced in our lifetimes. Businesses have been created — and will continue to be created — at the top and the bottom of most categories. The critical question is whether established players will figure out how to adequately respond to this new environment.