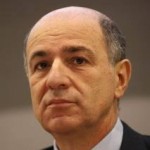 In order to emerge from a wide-ranging economic, political and monetary crisis, the countries that make up the eurozone must shift to a policy of “credible” austerity and find ways to jump-start development, according to Corrado Passera, Italy’s minister of economic development, infrastructure and transport.

Passera, the opening speaker at the Wharton Global Alumni Forum in Milan, Italy, on Thursday, May 17, noted that the conference theme of “Switching Gears” has multiple layers of significance for Europe and for him personally. He left his position as managing director and CEO of the Intesa Sanpaolo banking group late last year to assume a role in the government of Prime Minister Mario Monti, an economist and academic who became Italy’s leader after predecessor Silvio Berlusconi resigned.

He applauded Italy’s Parliament for putting its support behind a leader and an administration made up of “technocrats,” leaders with economic and business expertise, rather than extensive political backgrounds.

“That’s not an easy thing to accept, and it’s not an easy thing to show to your electorate,” Passera noted, adding that the government, in just a few months, was able to implement “a number of reforms that had been expected for years,” including making changes to the Italian pension and property tax structures. “People accepted it, and Parliament supported it, despite the political cost. It proved that when a real effort was needed, this country reacted positively.”

Passera said that the shift from insufficient to credible austerity measures was the easiest to make from an intellectual point of view. But he noted that the shift from austerity toward sustainable growth will require much more creativity and innovation from Italy’s business, political and social sectors. “Fostering new growth in a country that hasn’t [been growing], and one that is currently in a recession is not an easy task,” he pointed out. “There is no [set] recipe…. We must identify a package of policies and combine those concepts with social cohesion.”

It is no longer possible “to use public money to force growth,” Passera added, and economic stimulus cannot be limited to GDP or to the upper tiers of a country’s population. Growth must be broadly sustainable, environmentally as well as in other ways.

In addition, the importance of public buy-in is often underestimated by policy makers, Passera said, but if left unaddressed, social malaise or unrest can erode efforts at reform. If every unemployed or underemployed person in Europe was counted along with their dependents, he noted, the group would include “almost 50% of society…. History has shown us [examples] where social uneasiness becomes so strong” that it can shake even the foundations of democracy.