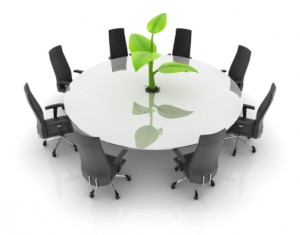 We’re entering the next big wave of corporate social responsibility. At least that’s how Daniel Korschun, a Drexel University marketing professor, sees it.

The first wave of corporate social responsibility, known as CSR, was embodied in people like Sir Titus Salt, a British textile baron who improved conditions for workers toiling in what were then known as “dark satanic mills,” Korschun noted during a panel at this year’s Wharton Social Impact Conference. Salt brought them out of the economic darkness by providing housing, health care and a better way of life.

The second wave came during the 20th century with the growing debate in corporate America over whether CSR should be considered an essential piece of good management or just a marketing tool to garner favor from communities, he said.

Today, “the debate is over,” noted Korschun, who acted as moderator of a panel focusing on innovation in corporate CSR. “We’re seeing the third wave of CSR, and companies are trying to incorporate CSR into the business model. That’s putting the onus on companies and management to find ways to innovate. It’s no longer enough to be somewhat engaged.”

Indeed, panelists at the session talked about how deeply involved companies have become with regards to giving back to society, either through philanthropy or sustainability efforts, and how far they still have to go in this effort.

Catherine Potter, a senior associate at consulting and management company Green Order, spoke about the environmental reality check her company has been able to provide to a client roster that includes General Electric, Pfizer and DuPont. GreenOrder focuses on how environmental innovation can actually make businesses more competitive and profitable, she said. “We’ll be the first to tell them, ‘Don’t just go … green for green’s sake.’ It should be rooted in business value.”

Building an enduring and effective sustainability platform, she added, takes many steps, but companies first have to understand what their core business model is, how they make money and how environmental sustainability plays into that. When clients come to GreenOrder, it’s usually the CEO who has bought into the idea of promoting green, “but the rest of the team thinks it’s hooey.” Yet buy-in at all levels is critical for making it work, Potter noted.

One example of a company that’s gone all in, she said, is General Electric, which GreenOrder has been advising since 2004. The multinational conglomerate, a global manufacturer of  everything from lighting to wind turbines, was able to cut more than $130 million in yearly energy costs while reducing greenhouse gas emissions and water usage.

Agencies in the public and private sector are coming to realize that CSR is not just about newfangled technology, but about changing behavior. For example, Potter pointed to utility clients who put in smart meters and devices for consumers to track energy usage. “It’s not going to work if you don’t engage people and figure out how to change their behavior,” she noted, adding that companies need to do more outreach to customers and make sure they have the information needed to form a realistic action plan.

Action is exactly what Chhavi Ghuliani, another speaker during the session, wants from all the players when it comes to environmental and social change. Ghuliani is a manager in advisory services for BSR, a consulting and research firm that works with 300 member companies all over the world to develop sustainable strategies for organizations, including everything from health education programs at a Bangladesh factory to creating green initiatives at a news organization.

In the past, Ghuliani said, companies viewed community investing and philanthropy as more important for brand recognition and boosting employee morale than for figuring into their core business operations. But today, it’s beginning to be seen more holistically. For example, he noted, BSR has completed a project with Bloomberg News to define what sustainability means, and was able to define what types of goods the company should be procuring to keep facilities running properly, while also focusing on what was the most sustainable. “As a result, Bloomberg saved $25 million in costs, but [the effort] also positioned them to be leaders in sustainability,” he added.

Figuring out which organizations are leaders in CSR, and which are falling behind, was another area BSR recently tackled by launching a new data service that compares CSR efforts among companies. Looking at two companies and comparing their energy efficiency is one example of this, noted Ghuliani.