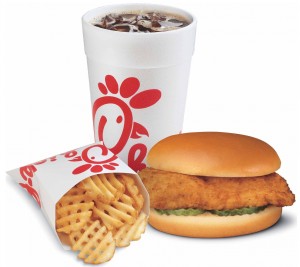 Uproar is growing over controversial stands on gay rights taken recently by leaders of the Boy Scouts of America and the Chick-fil-A restaurant chain. But Wharton experts predict that the outcry ultimately won’t cause a significant amount of damage to either organization’s brand image.

Earlier this month, the Boy Scouts reaffirmed a policy banning openly gay members and gay men or lesbians serving as leaders. Chick-fil-A president Dan T. Cathy spoke in support of the traditional definition of marriage in an interview with a Christian news organization.

In both cases, the organizations were either lauded or castigated depending on where people stood on the issue. Some Eagle Scouts returned their medals in protest in response to the Boy Scouts’ move. Cathy, the son of the chain’s founder, has been praised for his stand by politicians Mike Huckabee and Rick Santorum.

Meanwhile, a recipe for a homemade version of the chain’s signature sandwich has been making the rounds on the Internet amid calls for a boycott, and Muppets creator The Jim Henson Co. decided to end a partnership to distribute the entertainment company’s toys at the chain. (Chick-fil-A says it voluntarily recalled the toys.) The mayors of Boston and Chicago have also expressed disapproval of Cathy’s comments.

Gay rights supporters have planned a national “Same-Sex Kiss Day” at Chick-fil-A locations on August 3, while Huckabee has called for a “Chick-fil-A Appreciation Day” on August 1. “The Chick-fil-A story is picking up momentum, but these things usually fizzle,” Wharton marketing professor Americus Reed says. While social media and the speed at which news travels these days serve to amplify consumer concerns about such issues, Reed says there are three major factors working against critics of Chick-fil-A and the Boy Scouts.

First of all, consumer attention spans tend to be short. “The 24-hour news cycle will put another story top-of-mind, and these kinds of things are quickly forgotten unless the transgression is so reprehensible — think Penn State — that it truly engenders a large consensual ‘moral outrage,'” Reed notes.

In addition, consumers tend to rationalize decisions in order to continue believing what they want to believe or doing what they want to do, he says. And finally, such events are often more a reason for people to reaffirm their values (i.e., the Muppets or Huckabee) than to actually change their minds.

That said, Reed notes that it was “not smart” of Cathy to make such comments. “There is nothing to be gained from making a statement that could be construed as, ‘We don’t want gay people buying our chicken,'” he says. “Cathy should have made it clear that he is expressing his own views. Note that Chick-fil-A and its brand DNA are run with ‘values’ in mind — [for example,] the fact that they choose to forego sales on Sundays, presumably because it is a day of worship.”

He adds that a statement posted on the chain’s Facebook page, which states that Chick-fil-A’s culture is to “treat everyone with honor, dignity and respect — regardless of their belief, race, creed, sexual orientation or gender,” came off as “inconsistent.”

Reed also points out that if either the Boy Scouts or Cathy decided to reverse their stance in the future, it would be “very tricky” to sell that to consumers. “Once you put a statement out there, it’s out there,” he says. “In my opinion, backing off the statement is a mistake. The better approach would be to try to explain what was meant by it.”

Wharton marketing professor Jonah Berger notes that, given all strong opinions about gay marriage and gay rights, “it is unlikely that a policy reversal will have an immediate impact. Customers will want to see consistent behavior over time before they start to change their minds.” He adds that while Chick-Fil-A is a privately owned company, “the Boy Scouts are seen as more of a national organization, so it may be harder for them to stick to a narrow-minded, politically-driven position.”

The smartest approach for businesses, Reed says, “is to simply not weigh in on cultural matters at all unless your brand or company exists in a domain or product category in which that value is essential to the definition of the product category itself. There are too many other pressing business concerns to deal with than risk the reputation of the company on things like this.”