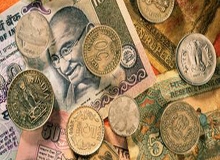 Earlier this month, the Indian government rolled out its much-touted direct cash transfer plan (DCT). Formally named  Direct Benefits Transfer, the effort aims to plug leaks in the current system, bring efficiencies and transparency to the delivery of social welfare benefits, and replace subsidies with a direct cash pay-out to beneficiaries.

According to a recent report in the business magazine Business India, “A confidential study conducted by the Prime Minister’s Office (PMO) in consultation with various ministries has revealed that, based on the actual money spent by the central government during 2010-2011 under various subsidies totaling Rs. 211,474 crore (approximately $38 billion), the scheme can result in a net saving of Rs. 33,000 crore ($6 billion) by way of plugging leakages.”

But despite the initial hype around the DCT, the actual roll-out itself has been scaled down substantially. Programs covered under the DCT as of now are minor in nature — scholarships and pension plans. The big-ticket items like food, fuel and fertilizer subsidies have been left for later. According to Finance Minister P. Chidambaram, the effort was being launched with “caution” to minimize errors. Talking to the media, Chidambaram said direct transfer of subsidies for food, fertilizer and kerosene “is not being contemplated at present. This will take more time as the issues of entitlement are more complex.”

Also, instead of the original plan of launching the DCT in 51 districts across the country, it has been launched only in 20. Under the new schedule, 43 districts are expected to be covered by March 1. The number of welfare programs expected to come under the DCT has also been reduced from 42 to 26, beginning with less than 10.

The DCT is expected to be fully rolled out by mid-2014. According to media reports, it is estimated that once that happens, cash transfers of around Rs. 300,000 crore (around $55 billion) will happen annually.

Sunil Bhandare, advisor for government and economic policies at the Tata Strategic Management Group, points out that with India maturing into a middle-income country and welfare becoming a growing component of the government’s responsibility, an efficient system to provide social welfare benefits is imperative. “Whatever be the initial setbacks, this is a scheme that has to be implemented,” says Bhandare.

But the big question is whether India’s DCT scheme, possibly the largest of its kind across the world, will actually work? Observers point to many possible roadblocks.

A key pillar of the DCT to prevent diversion and duplication is the government’s Unique Identity (UID) or Aadhaar program under which individuals are being given a unique identity number. The UID Authority of India is scheduled to give UID numbers to 600 million people in India while the rest will be covered by the National Population Registry. But at present only around 220 million have received their UID numbers.

It is expected that under the DCT, the subsidy amount will be directly deposited in the bank accounts of the beneficiaries to plug leakages. But at present more than 40% of the adult population in India does not have access to banking services.

Also, one important aim of the DCT is that the subsidy should be targeted. But it is not yet clear who is entitled for the DCT. “Each line department will [probably] decide on what their welfare measure is, whom it is targeted to and how,” says M. S. Sriram, visiting faculty at the Center for Public Policy at the Indian Institute of Management in Bangalore.

Shinjini Kumar, director at Pricewaterhouse Coopers India, who supports the DCT except in the area of food subsidies, suggests that the scheme can be successful, but for some programs more than others. “Wherever there is no need to rework the calculation — like in the case of old age pension — it can be a smooth transition,” Kumar says. “In such a case the identity of the person has already been established and it is just a matter of improving the efficiency of delivery. But in the case of kerosene and LPG for instance, where the methodology will need to change from giving the subsidy to the supplier to giving it to the user, it could be a challenge. Correct identification of the beneficiaries is also an important piece that needs to be fixed.”

Jayati Ghosh, professor of economics at the Jawaharlal Nehru University in New Delhi, is among the skeptics. Ghosh points out that one of the assumptions of the DCT is that the beneficiary will have an UID that will enable him or her to open a bank account and that the banking correspondent will come around with a handheld device, take his or her fingerprints and hand over the cash. According to Ghosh there are several problems with this model. “For instance, when you are distributing cash, the potential for leakage is very high. Secondly, fingerprints change for people who do manual work and most of our poor are manual workers.”

Ghosh points to other concern areas, too. “This scheme is touted as a way to save money. I find that extremely problematic. The presumption here is that the distribution margins of private players is less than that of the public sector. This is not true. Also, corruption and leakage are political-economy problems and the cash transfer scheme does not address those issues.”

Giving a global perspective is Rajesh Chakrabarti, executive director of the Bharti Institute of Public Policy at the Indian School of Business: “Cash transfers have been widely used in Latin American countries, with Brazil’s Bolsa Familia covering over 11 million families being one of the largest,” Chakrabarti notes. “Mexico, Chile and many other Latin American countries have used it. Kenya in Africa uses it. Closer to home, in Asia, Pakistan has used it for a while, as have Bangladesh and Cambodia. But of course, none of these schemes even come close to the scale that India is talking about.”

JNU’s Ghosh cites more differences. “Cash transfer in Brazil was a success because it was combined with a massive increase in public spending on delivering the actuals. It was not a substitute; it was in addition. Similarly, in South Africa, too, it is in addition to the public provisions. And that’s a critical difference.”

Meanwhile, IIMB’s Sriram adds that the question is not whether DCT will work or not. “It is about the state of preparedness to roll this out and which schemes would be ideally suited for DCT,” Sriram notes. “The main problem I see in the entire scheme is about the lack of last-mile solutions for delivery of cash, which has a clear business case. A business case would mean that the fee provided by the government for rolling out this scheme should be able to cover the costs of the bank as well as the carrier. I am not sure this has been looked into in the detail it deserves.”