Mark Waid, one of the leading proponents of digital comic books, made a surprising announcement on his blog earlier this month: He recently bought a comic book store and invested in a second one. In addition to being an award-winning comic book writer, Waid is a co-founder of Thrillbent, a platform for digital comic books, and an advocate of comics produced for online viewing.

Yet, Waid’s move may not be as unexpected as it initially appears.

While digital distribution has roiled the newspaper, book publishing and music industries, a number of companies involved with comic books — from traditional publishers to new start-ups — have embraced digital distribution. Many see the new digital platforms as a complement, rather than a threat, to traditional print publishing. Major comic book publishers, including industry leaders Marvel and D.C. Comics along with many smaller publishing houses, make their comics available digitally through ComiXology’s online platform and mobile apps. Other companies, such as Thrillbent and Madefire, produce original comics content primarily for digital consumption.

Should the owner of your local comic book store be worried about the rise of digital comic books? The participants in a recent panel session at Comic-Con International: San Diego suggested otherwise.

While comic books have proven to be an enduring source of entertainment for young people, the stories and the characters they’ve created – Superman, Batman, Spider-Man, Captain America and many others — now reach a broad audience of adults and children both in print and on the screens of popular movies and television shows. Increasingly, they’re also being viewed digitally on desktop computers, tablets, and smartphones.

Although titled “Digital and Print: Friends or Foes?” there didn’t seem to be any foes on the Comic-Con panel, despite having representatives from both print and digital production and a brick-and-mortar comic book retailer.

The panel’s easy agreement may be partially attributable to the fact that the representatives from the two publishers work on their company’s digital initiatives — Chris Ross is director of digital publishing at Top Shelf, and Jeff Webber is IDW’s director of ePublishing. Nonetheless, the agreement between publishers, digital platform creators and a brick-and-mortar retailer was in sharp contrast to the tensions between book publishers, Amazon.com, and local bookstore owners, which center around issues such as control of ebook pricing and the cannibalization of print books by (often lower-priced) ebooks.

The general perspective of the panel was that print and digital could not only co-exist, but may reinforce each other. Waid stated that he believes digital distribution is an “additive process” rather than a threat to print. “It’s not destroying brick and mortar,” he said, adding that in the worst case, the impact of digital on print is neutral, “but all evidence seems to be that it’s helping.”

Panel participants highlighted several characteristics that may point to why digital and print can peacefully co-exist.

Foremost among these is that revenues from print comic books have been increasing for several years. While still below the levels of the comics boom of the early 1990s, the market’s trajectory in recent years has been markedly positive. The Comic Book Chronicles web site, Comichron.com, estimates that the size of the North American market for comic books and graphic novels has climbed from around $300 million – $330 million in 2002 to roughly $700 million – $730 million a decade later. Comichron’s John Jackson Miller notes that the recent growth has in in the retail comics shops, offsetting losses in the mass market.

This growth has continued as digital platforms like ComiXology, Thrillbent and Madefire have arrived on the scene. Miller notes that despite being a sector for which there is very little hard data, “It’s clear from reports that digital sales ballooned for comics in 2012, at least tripling [to] north of $75 million.”

While still below the levels of the comics boom of the early 1990s, the market’s trajectory in recent years has been markedly positive.

Some of the panelists remarked that digital comics are expanding the overall audience of comic book readers, noting, for example, that new fans introduced to digital may also become print readers. “Digital is this nice gateway” for casual readers to discover the larger world of comic books, said IDW’s Webber. Added Waid: “There has been an untapped audience out there for a long, long time that hasn’t had access, that barely knows comics exist.”

Furthermore, comic books have a large back catalog, given that the superhero comic was born 75 years ago with Superman’s appearance in Action Comics #1. This means that new comic book fans have a vast universe of stories to explore once they become interested in a particular character or title. And many comic fans like to read stories over and over again and want access to the books they have previously read.

In addition, the collector’s market provides steady revenue for printed comics. Fans — noting the value of well-preserved comic books from decades earlier — want to save print additions in the belief they will return more value in the future. And some people simply prefer print.

Underlying these market forces, however, is the belief that digital and print are different media; one is not a replacement for the other.

Panelists noted that some artists aren’t served as well in digital media as they are on the printed page. “Try doing ‘Building Stories’ by Chris Ware [digitally],” said Field, referring to Ware’s large boxed set of books, pamphlets and other printed items. “You can’t do it.” Print artists and publishers, he added, are compelled to explore things that digital can’t do. “I think that’s going to keep the print market alive and healthy for a long time to come.”

On the other hand, some new comics are uniquely digital. Thrillbent’s online tales are typically designed for the wide orientation of the computer screen. Madefire creates rich online content with animation and sound effects. ComiXology, which primarily brings printed comics to computer screens and mobile devices, has its “Guided View” technology that moves the reader across the panels in a manner natural to digital displays.

The growth of digital comics has been helped by the fact that comic book readers are often early adopters who are quick to embrace new media, suggested speakers on the Comic-Con panel.

The growth of digital comics has been helped by the fact that comic book readers are often early adopters who are quick to embrace new media, suggested speakers on the Comic-Con panel. Comic book publishers, as well, have shown a willingness to experiment with new forms of distribution rather than shun new digital alternatives to their traditionally printed publications.

Furthermore, the change in comic book distribution in the 1970s from a magazine newsstand model — which allowed the retailer to return unsold copies for credit — to the “direct market,” in which retailers order the copies they believe they can sell and purchase them outright, may help comics shops avoid the fate of bookstores, which have experienced a wave of closures in recent years. “[The comic book industry] has been ahead of that curve for 30 [to] 40 years,” Waid stated. “We’ve already figured out how to sell only as many copies as will be bought ahead of time — whereas magazines and books don’t have that luxury.”

One of the few areas of debate on the Comic-Con panel revolved around digital rights management (DRM) and the relative merits of storing digital comics “in the cloud” versus making them downloadable (for example, as PDF files). With cloud-based solutions like ComiXology and Madefire, the content is hosted and controlled by the publishing platform, but offers the advantage of being available anywhere. A downloaded format like PDF lets consumers save the file on their computer but doesn’t offer all the features of the more interactive online formats. Thrillbent lets readers pick either method — online viewing or a PDF download — for much of their content.

Panelists noted that the lack of a standard format for comic book publishing is hindering the downloadable options. As Ross stated, “not every device reader can read an enhanced PDF.”

Meanwhile, some of the upstart digital platforms have made strides to help their print companions. ComiXology provides an option to assist their brick-and-mortar partners through an affiliate program. “There’s a store locator in every single app we have,” said ComiXology’s Roberts.

Yet not everyone in the industry is optimistic about the impact of digital comics. Larry Poupard, web content director at WonderWorldComics.com (who was not on the Comic-Con panel), is far from sanguine. He wrote in a blog post: “I hope Marvel, DC Comics and other publishers wake up to the fact that digital comics will bring down the comic book industry through the elimination of the mom and pop comic shops across the country (and the world).” While the recent growth in the market for both digital and print comics is helping to fuel the industry’s sense of optimism, it may also be making it easy to overlook any potential long-term threats from digital distribution.

Waid, however, is eager to experiment in order to see what the data eventually reveal. “This is how we’re learning,” he stated on the Comic-Con panel. With Thrillbent, he’s making original comics — designed for online viewing — available online and for download as PDF files. Owning a comic book store would seem to be another of these experiments — to see if print and digital can truly peacefully coexist, or whether comic book retailers are merely whistling past the graveyard in hopes that they can survive the digital onslaught.

This article was written by Kendall Whitehouse, Knowledge at Wharton’s technology and media editor, who follows trends in new media and popular culture and regularly attends San Diego Comic-Con. For more on this year’s Comic-Con, see his blog, On Technology and Media.

How Starbucks Came a Long Way on Customer Centricity 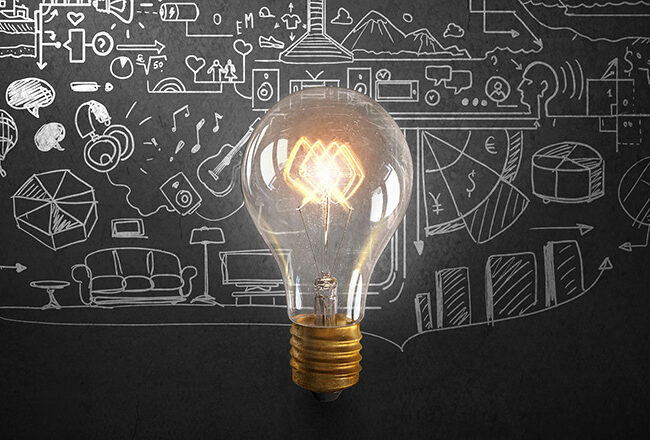