Sivan Borowich-Ya’ari was born in Israel, but her roots in Africa run deep. Her father was born in Algeria and her mother in Tunisia. Borowich-Ya’ari worked in Africa for a multinational clothing company and, later, for the United Nations Development Program (UNDP), an experience that gave her first-hand exposure to the problems of the poor. In 2008, Borowich-Ya’ari set up Innovation: Africa, a non-profit that brings Israeli innovation to African villages. In five years, Innovation: Africa has provided electricity, clean water, food and medical care to more than 450,000 people in Ethiopia, Tanzania, Malawi and Uganda. Energy poverty is a big issue, Borowich-Ya’ari says in this conversation with Wharton management professor Katherine Klein, who is also vice-dean of the Wharton Social Impact Initiative. Many problems can be addressed if energy needs — basic electricity — are met first, Borowich-Ya’ari notes.

Katherine Klein: How did you come to found Innovation: Africa? How did it start?

Sivan Borowich-Ya’ari: It started while I was a student. I got my master’s degree from Columbia University. My first year there included an internship with the United Nations Development Program (UNDP). They were looking for students to go to villages in Senegal and check on UNDP work in bringing generators [to those areas]. Our job was to make sure that everything was working. We found that most of the generators were not working for two reasons. One, there was not enough fuel. The villagers didn’t have money to buy fuel. Two, the generators were broken.

That’s where it started. I realized we should look at solar panels. There is no operation cost and the sun is reliable. I wanted to do a pilot project and I started by bringing solar panels to a village in Tanzania.

Klein: Tell us a bit about your guiding principles or philosophy.

Borowich-Ya’ari: What we are doing in Innovation: Africa is bringing the basic infrastructure. We bring solar energy so that we can provide light to schools and medical clinics and orphanages, and to pump water. The demand is great all over, whether we are in Tanzania and Uganda or Malawi and Ethiopia. Choosing the right villages is not easy. You have to get involved with the local government, the different district officers, the chiefs of the villages and the community. You have to understand the needs. What do they really need? Is it water? Is it vaccines? Medicines? How can we help them?

We work with them and ask them to create what we call a solar committee. That is the first step to working together and understanding better how we can provide them with what they need in that village.

Klein: How do you decide among villages? You said it can be difficult to choose among communities.

“Energy is really the first thing that is needed in order to have any kind of development.”

Borowich-Ya’ari: It is difficult. The way that we work is to first meet with the ambassador of that country. Let’s say Malawi. We meet with the ambassador of Malawi at the UN. He introduces us to the ministers. So we meet with the minister of energy, the minister of health, the minister of agriculture…. We try to understand the country and find out where there is the most need. We look for districts that are remote from the capital, remote from the grid: They will not get electricity for at least the next 20 years. So, we go to places where either there is a drought or we are certain that they are not going to have electricity for a long time. When we go to those districts, we meet with the chiefs of the villages and go [in]to the [broader] community.

Klein: If you were looking at two communities that are in need, what kinds of things would make you say: “Well, we will have more success in this community or greater impact in this community?”

Borowich-Ya’ari: We ask them to create a solar committee, to have people in charge — a chairman, a treasurer and a secretary — and open a bank account. We then look at the leadership and commitment. This [helps] us understand that it would probably be a good village to work with and we provide them with the solar systems that they need.

Klein: Can you give some context to understand the need for electricity and solar power in these African communities?

Borowich-Ya’ari: I think energy poverty is a big issue. I personally believe that without energy, it is very difficult to have any kind of development, whether we are talking about human development, better education [or] economic development…. Let me be more precise. When we go to the villages and we go to a medical clinic, what we usually see is a nurse and people just waiting. They don’t have vaccines and medicines, and there is no electricity. They don’t have vaccines and medicines because there is no [temperature-controlled] place to store them. There is no energy.

So we — Innovation: Africa — bring 240 watts of solar panels. We install 12 to 18 light bulbs inside and outside the clinic. We provide them with small refrigerators. Now they have access to light and vaccines and medicines. In schools, they don’t have access to electricity. They don’t have access to electricity at home. And many of the places we go to do not have access to water. There is plenty of water in Africa. But the water is located in the aquifers [that are] 20 to 30 meters deep. What we need is the energy to pump it up [to the surface]. There are millions of people spending two to three hours a day looking for wood and water. If they have access to energy, they could have pumped the water that is just below their feet. So energy is really the first thing that is needed in order to have any kind of development.

Borowich-Ya’ari: I’m going to tell you what has happened over the past five-and-a-half years. When we started, we were going to medical clinics, installing solar panels and light bulbs, inverters, control chargers and batteries. My concern was: Who is going to replace those batteries in four years? They’re expensive. They cost US$200 each. They don’t have money. The nurse doesn’t have money. The government is not involved. Who is going to pay for these batteries?

Over the years, we realized people don’t have food, don’t have shoes, but they do have cell phones. But they don’t have a place to charge their cell phones. So, we said, “Great. We’re going to create businesses.” In some medical clinics where we have installed energy, we have also created a business where we are teaching women — most of them are women — accounting, revenue expenses and opening a bank account. People come from the villages surrounding the clinic to charge their cell phones, paying 10 to 15 cents. That money is collected, deposited in a bank and used for two things. One, to buy light bulbs. Second, to replace the batteries. So, we are providing the villagers the solar energy and also a way to generate income so that they can sustain it.

Klein: In this business model are there business owners?

Borowich-Ya’ari: The faculty, the staff members of the schools, of the medical clinics, of the orphanages — they own it. The solar committee is in charge of the business. The money is used to maintain the solar system inside the facility. The good news is that they are making more money than they need because they are the only place that has energy. So it’s sustainable.

Klein: You mentioned that the people coming to the clinics to learn accounting and to open bank accounts are mainly women. Why are more women coming to these centers than men?

When you give electricity to a medical clinic, women can take care of their kids, give them vaccines and medicines. We are trying to help men, women and children. But women are most affected by the access to energy.

Klein: Where do these innovations come from? Who is developing these solar panels? How are you deciding which innovations to bring into these communities in Africa?

Borowich-Ya’ari: I was born in Israel. Israel has been using solar energy for many years. It has also been using the different agricultural techniques that we have now brought to the [African] villages. The Israeli technology that really makes a difference to us as an organization is the remote monitoring system. What we bring from Israel is a small box that we install on top of the solar panels. That box sends information to a server that allows us and the donors to make sure that everything is working. We can switch on the computer and see how much energy was produced, how much was consumed. If something breaks, we get an alert.

Klein: And how are you assessing your impact? What kinds of outcomes do you look for? What do you find, and how do you measure these things?

Borowich-Ya’ari: In schools, where we have been for the past five years, we are getting reports on a monthly basis. What we have seen is that once you provide electricity to a school in Africa, you have more kids graduating. The reason is that the kids don’t have access to electricity when they go home. Buying candles is very expensive. They either stay at school [to study] or come back and study in the evenings. So, in schools we can see the impact from the number of people who are graduating at the end of the year.

“Once you pump water with energy, the women and the kids don’t have to look for water anymore. Everything changes once you provide energy to them.”

In medical clinics, it’s by the amount of people who get vaccinated. What we are seeing now is that more people are feeling comfortable going to and giving birth in medical clinics. After the installation of the solar panel in a medical clinic, you usually have a doctor who accepts a move to the village. And Innovation: Africa is powering the homes of the nurse and the doctor so that we keep them [working in the village]. We are welcoming them to come and live in the villages now that they have access to vaccines, medicines and electricity.

Klein: I saw on your website that the average age of the donors is 23. That’s very young. How do you explain that?

Borowich-Ya’ari: We are very lucky. Everybody — we have many volunteers, interns — is young. Many of the donations come online — US$10, $15, $20, $100. What we decided from the beginning is that 100% of the money will go to Africa. Our salaries are paid by foundations.

Klein: We’re conducting this interview on the Wharton campus, on the Penn campus. If you had a wish list of the challenges these students or faculty might help you solve, what might that be?

Borowich-Ya’ari: I think that the best practice would be to adopt a project; we have at least 38 villages now that are waiting for energy. We know that it’s quite urgent. We would like to do it by 2014. A group of students should adopt a specific school or an orphanage, a medical clinic and speak to those children directly and figure out their needs. We provide the energy. But there is more that they need. They need computers. They need access to the Internet, and that’s a challenge. So there is more that can be done. We welcome students to come and help us to do more research and better understand the next step. 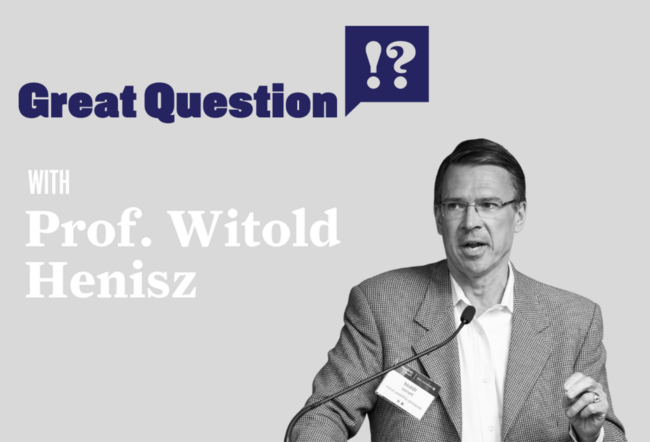 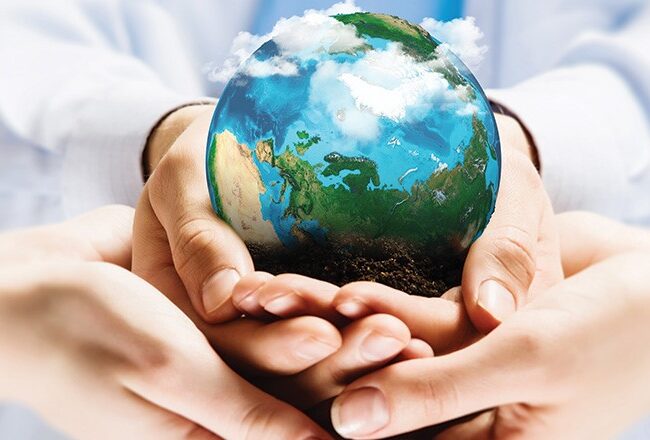