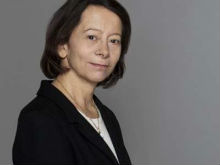 Dominique Senequier is on the Forbes list of the world’s 100 most powerful women. What’s more, she has made a mark in private equity (PE), a domain that men have traditionally dominated. The 58-year-old Senequier is CEO of Paris-based AXA Private Equity, which she launched in 1996. Recently, Senequier has turned her attention to the U.S. market, acquiring investment portfolios from Bank of America and Citigroup. In an interview with Knowledge at Wharton, Senequier discusses the European debt crisis and notes that although the PE market will perform strongly in the long term, “exits may get delayed in the new environment.”

Knowledge at Wharton: What is your view of the situation in Greece?

Senequier: I think everyone has over-focused on Greece. Greece is a very small economy in the eurozone; it is only 2% of the eurozone. It’s a $300 billion economy, which is rather small. It is clear that people have already written down the debts of Greece maybe by 80% to 85% or more. It’s a social problem because it could have been a default. To avoid a default, Brussels has asked Greece to make a lot of sacrifices in terms of age of retirement, decreasing salaries of civil servants…. There has been a lot of publicity around this.

Knowledge at Wharton: How long do you expect the eurozone countries to keep handing over cash to Greece? Greece may have avoided a default for now but how long do you think the situation will continue, and what might be the implications for other European countries?

Senequier: I think the example of Greece is extreme. I would say the only country which may be close, but even smaller in terms of its economy, is Portugal. Portugal is a $240 billion economy. It’s two-thirds of Greece. So, eventually, even if Greece and Portugal have problems, it won’t change the life of the eurozone.

Knowledge at Wharton: What do you think of the situation in Italy and Spain?

Senequier: It’s very, very different. If you speak about Spain, the debt to GDP [ratio] is not as high as other countries. In Spain, the problem is not the government and not the debts of the government. The problem is the banking system. Now Spain is cleaning up the banking system. Some of the banks are merging. So I’m not afraid at all about Spain.

Italy is a different issue. Italy is the fourth major economy in the eurozone. It is $2.2 trillion, so it’s just after France. The economy is nearly as large as the U.K. People don’t understand that. They believe the U.K. is a very large — or very important — country in Europe. In fact the GDP of Italy is $2.2 trillion and the GDP of the U.K. is $2.5 trillion. For Italy, the problem was also that the tax system was not efficient and certainly too small. I mean the tax pressure was too small.

Knowledge at Wharton: I wonder if you could speak a little about what you think of the U.K.’s and [U.K. Prime Minister David] Cameron’s response to the eurozone crisis and what’s going on.

Senequier: Part of the direction of Cameron is certainly more political than economic. His party has never been in favor of Europe and in favor of the centralization of the regulation in Brussels. So it is a political argument between the eurozone and the U.K. about liberal markets, the liberal philosophy and the philosophy of the eurozone, which is certainly led by the Germans and the French.

Knowledge at Wharton: Based on everything you’ve said, do you believe that the eurozone will either break up or should be broken up. If so, when and how should that happen?

Senequier: No, I don’t think it will [break up]. This crisis will hasten the tie between major countries like Italy, Germany and France. There will be more harmony in terms of tax. There will be more budget discipline. And reforms that would have taken 20 years to achieve [otherwise] will be done.