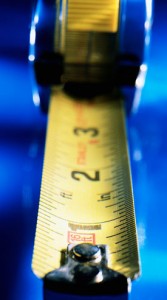 At a recent panel discussion at the Center for the Advanced Study of India (CASI), University of Pennsylvania, speakers welcomed the new reform package unveiled by the Indian government. They also discussed the impact of diesel subsidies and expressed hope that the Indian government would move forward with economic reforms.

Panel chair Charles R. Kaye, co-president of New York equity investment firm Warburg Pincus and a member of CASI’s international advisory board, noted that India’s progress had seemed to stall in recent years after nearly two decades of “impressive liberalization” and “waves of policy reforms.” Pointing to the recent changes around fuel price subsidies and the proposals to allow more foreign direct investment in retail, Kaye asked: “Is this a sign of a breakage in the political logjam we’ve seen over the past five years?”

According to Zia Mody, founder and senior partner of AZB & Partners, one of India’s leading corporate law firms, a lot more needs to be done. “The reforms were obviously so overwhelmingly welcome; it was like getting a little water in the desert. But as a lawyer, when you read the fine print, it is one step forward, but not necessarily the two steps we were looking for.”

Deepak Parekh, chairman of the Housing Development Finance Corporation (HDFC), added that the new measures, though not enough, were a good beginning. “It is better late than never, and it at least gives us hope that the government has decided to move ahead and not be bogged down in policy logjams.”

Commenting on the reduction in fuel subsidy by Rs. 5 (about eight U.S. cents), which effectively raised the price of diesel by 14%, Parekh noted: “I think it’s difficult under political circumstances for the government to get rid of subsides.” Parekh pointed out that despite the reduction, the fuel subsidy still remains at $29 billion. “The fuel subsidy this year is going to cost us $33 billion. This increase of Rs. 5 is only going to bring us $4 billion … and yet there’s a huge outcry.”

According to Parekh, the subsidies are directed in the wrong places. The diesel subsidies, for example, are offered as price reductions to anyone who buys diesel. This prompts auto manufacturers to produce cars that run on diesel instead of gasoline. About 70% of the cars sold in India today are diesel cars. As a result, both rich and poor enjoy the low prices and the government budget suffers. “The government has to find a mechanism for somehow giving the subsidy [only] to deserving people,” Parekh said. “I use a Mercedes. I use diesel. I don’t need subsidies.”

The story is similar, Parekh added, in agriculture, fertilizer and food subsidies. Sugar prices have not increased in 10 years. Staples such as rice and kerosene are subsidized. And well-intentioned yet poorly designed programs to help the poor often create a negative overall economic impact. Take for example the government’s flagship job guarantee program which guarantees 100 days of employment in a financial year (at the rate of Rs. 100 -– approximately $2 — a day) to members of a rural household. “This is a disincentive for [people] to work. [They] get Rs. 10,000 a year, which goes predominantly to buying food,” said Parekh. As a result, although India’s food production is increasing, much of it is being purchased with government subsidies. Pointing out that previously, people used to come into the cities for infrastructure jobs, Mody agreed, noting that “now they choose to stay back in their village and pick up the subsidy, and not necessarily go into productive manpower.”

Mody added that in agriculture, the government needs to re-examine inefficiencies in the food supply chain. It is estimated that about 35% of India’s food gets wasted. In government warehouses where grain is stored, about half is wasted due to infestation. “If 35% to 40% [of food] is wasted simply because of logistics, is that not something that can be addressed, should be addressed and is a priority?” asked Modi.

On the issue of energy, Parekh suggested that the national government would do well to study the state of Gujarat; the chief minister there, who is now seeking a third term, increases energy tariffs by 3% every year. “So his electricity board is flush with money,” said Parekh. “Every generator wants to put [power] plants there because they are sure that the people of Gujarat will pay them. But you have to increase the tariff by 2% or 3% [every year]. You don’t wait for 10 years and then [increase] it by 15%.”

Parekh said that the government needs to find a way to curtail spending and distribute subsidies in a more equitable way. “You cannot bankrupt the nation. We are living beyond our means,” he noted. “Reducing the fiscal deficit is the crux of the problem. If we do not do that, then the rating agencies will have to choice but downgrade us.”