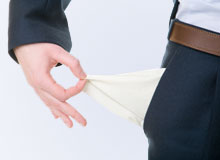 The Federal Reserve last week documented just how steeply family income across the U.S. has fallen, and the figures aren’t exactly uplifting.

But the news isn’t all bad. As Wharton business and public policy professor Jeremy Tobacman points out, “This was a terribly serious decline, which has already reversed direction. Remember, the unemployment rate barely began to fall before the start of 2011. Since then, it has fallen slowly but fairly steadily.” He cites the Federal Reserve’s own release about the SCF findings, which states that: “The vast majority of interviews for the 2010 SCF were completed in 2010, but some were completed in early 2011. Thus, the survey data are largely unaffected by changes in economic activity since 2011 — in particular, the rise in the market price of corporate equities, the relative stabilization of house prices, and the start of a decline in the unemployment rate.”

Tobacman suggests that while “these numbers remind us just how terrible the Little Depression has been, they [also] simultaneously impel us to remember that the economy has been improving over the last 18 months.” At the same time, however, “one other fact leaps out from the report, especially during an election season [where] fairness is a touchstone issue: Even at the end of the boom in 2007, half of U.S. households earned less than $49,600 per year.”

Wharton business and public policy professor Kent Smetters also tempers the discouraging report, noting that “most of the decline is the reduction in housing wealth, which is less serious than if it were a reduction in non-housing assets. Non-housing assets are mainly used for putting kids through college, paying down debt, [covering] emergencies, retirement and so forth. So a loss of non-housing wealth can produce a material impact on lifestyle. However, for housing wealth, one’s lifestyle is mainly impacted to the extent that the family was intending to downsize and consume the difference in housing values. To be sure, that happens. But it is less important than a loss in non-housing wealth.”

Nonetheless, he adds, “the reduction in even housing wealth is significant simply because the average American family has so little non-housing assets available. Any loss, even to non-housing assets, becomes important.”

As for whether the decline will reverse itself anytime soon, “It’s very hard to say,” Smetters notes. “The large government deficits certainly don’t help because they will likely translate to lower future after-tax income.” It’s also hard to predict what will happen to home prices.

His advice to the powers that be in Washington, D.C.? “Spend less.”

Meanwhile, what economic group in the U.S.has been hardest hit by the decline in family income? According to a recent article in the Philadelphia Inquirer titled, “A Generation in Collapse,” Generation X – those who entered the workforce in the late 1980s and early 1990s – “got more scorched than anyone else.” As the article notes, Gen Xers “have been decimated financially at a fragile time, while forming households and raising young families, those ordinary coming-of-age endeavors.” Their median net worth in 2010 was less than half the net worth of those who were their age in 2001 — $42,100 vs. $95,100.

In addition, the article points out, “due to little more than the bad luck of birthdays, a higher proportion of Xers purchased homes while prices were exceptionally high.”  Couple that with the fact that home equity decreased 42.3% between 2007 and 2010 – from $95,300 to $55,000 – and it’s easy to wonder how “this Lost Generation [can] even start to catch up, considering the grim pace of economic recovery.”