24/7 Customers’ P.V. Kannan: ‘The State of Affairs in Customer Service Is Broken’ 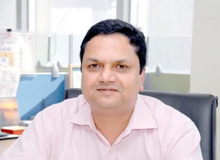 P.V. Kannan, the co-founder of 24/7 Customer, believes it is possible to predict what bothers consumers. On the basis of this, companies can develop response models that make it simpler to deal with customer complaints and issues, he says. Unfortunately, only a few companies recognize this, he notes in an interview with India Knowledge@Wharton.

India Knowledge@Wharton: Today, companies — new and traditional — are struggling to find innovative ways of managing their customers. If they don’t do a good job, a competitor is waiting to steal those customers. Where do you see this tension — between acting as a corporation and serving customers — headed?

P.V. Kannan: It’s useful to look at how companies and consumers have traditionally interacted. Today, I’m not going to touch on B2B relationships; these are fairly well-structured and the dynamics of those interactions are different. If you take a B2B relationship such as hiring professional services or a law firm, that process is detailed. The buyer or the consumer in this instance is as powerful as the seller or, you can argue, actually more powerful. They get what they want.

When you look at the consumer world, the first thing that stands out is that there’s no single owner for a consumer. Many organizations claim that they care about “the customer.” However, there’s no single owner. If you are a subscriber of a cable provider, there’s not a single stop where you can go and say, “I need this fixed.” Typically the method that has evolved in the past few years is to call their 800-number. Or let’s consider a mobile phone operator. You can buy the phone and activate the service in a real store. But if you try to ask a question beyond that, they’ll say: “Please dial the 800-number.” The issue is fragmented and companies have made it “your problem.” Today in 2010, consumers are voting with their clicks; they would prefer to interact with a company’s customer service division via the Internet.

India Knowledge@Wharton: Why do you think big companies underestimate the power of customer service?

Kannan: In each industry, the power of competitive forces dictates their behavior. Beyond that, leaders at companies carry their own personal ethos and values. Barring a few exceptions, such as Nordstrom in retail or Southwest Airlines in travel, the mean isn’t that admirable.

India Knowledge@Wharton: The Southwest CEO always tells people that [his company’s business] is customer service and [its customers] just happen to fly airplanes.

Kannan: Dealing with customers is either made into a “customer service problem” or how customers feel is made into a “marketing & loyalty problem.” Once a company starts thinking like that, it’s all downhill. Most companies are only motivated to tackle customer service when they see their competition doing so — and winning. They match to that expectation and that’s pretty much it.

Today, with the reach of social media, from blogs to Twitter, ideas and information are able to proliferate. Most companies surely recognize this, but usually their first instinct is to ask, “How can I use this channel to sell more stuff to my consumer base?” There is merit to this; we can’t argue with that. But at the same time, most miss the opportunity to also use these networks to create better channels to interact with their customers. At the end of the day, companies that are passionate about engaging with customers actually spend a lot less dealing with customers than companies that try to avoid those interactions.

India Knowledge@Wharton: You’re saying there’s a big incentive to actually minimize those unsavory interactions by taking a stance to open up from the beginning?

Kannan: Right. When a company opens up, few will question its intentions. They will generally be welcomed. What most companies have created is defensiveness on both sides.

India Knowledge@Wharton: Let’s focus on the two networks that gather the most attention today — Facebook and Twitter. How can brands use them to deliver a new type of customer service, where they can actually predict and analyze consumer behavior?

Kannan: When we started analyzing Twitter streams of various companies and brands, we found that, in general, the negative-to-positive ratio of tweets related to an account was roughly four-to-one. A while back, if a customer had a bad experience, he could complain to seven friends. Nowadays, that complaint could touch 70 or 700 friends almost instantaneously. Furthermore, as a customer, I would like to communicate my complaints in the quickest, most direct manner possible and have the conversations public. Typically, brands fail to capture this opportunity and instead make a labyrinth of touch points for the customer to navigate.

India Knowledge@Wharton: Do you see brands exacerbating the problem?

Kannan: I don’t think there’s an end to it. Twitter is quite young. If a brand commits to a Twitter strategy, what if something else comes through? My core message is that brands need to step back and find the best ways in which to have an honest dialogue with customers. I don’t think customers care if their messes are handled through blogs, or Twitter, etc. They just want the problem fixed.

India Knowledge@Wharton: Let’s talk about the company you co-founded — 24/7 Customer — back in April 2000, which analyzes, predicts and manages all of a company’s end customer interactions. What has 24/7 Customer been able to accomplish?

Kannan: At 24/7 Customer, we believe that the current state of affairs in customer service is broken and provides us with an opportunity. The days of 800-number and process charts and passing the customer around and around are over. In all this madness, however, there are some methods, and 24/7 Customer tries to figure those methods out and help companies better predict what types of customer service inquiries they should expect. Let’s use the example of buying a smartphone. In the first five days, most inquiries relate to phone settings, emails and other basic items. Then when the first bill is due, the questions shift to inquiries about promotions, rates, charges, and so forth. Predictably, every month, if 100 subscribers sign up, 66 people actually call with these two sets of questions. Companies fielding these requests act surprised, but in reality, they are entirely predictable. At 24/7 Customer, [we] create models for companies whereby they actively integrate these predictive models into [their] customer service offering.

Consumer expectations are changing. We live in a world where Google tells you what you have typed wrong. Google tells you that you might be looking for this. It’s a free service. Facebook and LinkedIn tell you these might be your friends, and both are free. It’s a shame that companies to which you pay $50, $100, $200 a month refuse to even acknowledge you.

India Knowledge@Wharton: 24/7 Customer currently operates in five verticals. How were those verticals picked and do you have any plans to add any new verticals?

Kannan: The verticals are picked by where the consumers are.

India Knowledge@Wharton: You currently have 8,000 employees around the world. How does 24/7 plan to grow in the next 10 years? Where are the growth markets, in terms of clients, industries, and geographies?

Kannan: The industries are fairly fixed. We are already focused on that. We don’t intend to add any more. In terms of geographies, today we operate in the U.S., the U.K., Australia and Canada. I don’t see big changes, at least in the next couple of years, from a target market perspective. Delivery is done primarily out of the Philippines, India and Latin America, specifically Guatemala and Nicaragua.

India Knowledge@Wharton: International call centers are attractive economically but can aggravate customers. There are time lags, language barriers, and often the personnel are not empowered to rectify a situation. Do you sense this can backfire?

Kannan: There are two elements to that experience. For any culture, when you hear a foreign voice suddenly, your guard goes up. You automatically have an expectation. But if we look at purely whether or not the problem got solved, did people fix what you came for, did they do it faster than someone in a center in the U.S. — in all these metrics, offshore centers are either at par or superior.

Kannan: There [are some] companies that strongly believe they should just focus on a few things and outsource everything else. What they derive as benefit is benchmarking against three or four leading players who provide the service, getting the best of all worlds and getting to a cost point that they can never reach on their own. There are some companies who just refuse to think about outsourcing because they think they can do it better than anyone else. However, the data consistently show that if the company has the humility to at least benchmark and listen to what others are doing, it will benefit immensely.

India Knowledge@Wharton: What did you do when you came to the U.S. [from Chennai, where he worked with TCS]?

Kannan: I started my first company when I was 26. I started this with my wife and another colleague from TCS [in 1995]. We were very clear we were going to do something, but not very clear what it would be. An impetus was the birth of the browser. When Mosaic came along, we just sat and wondered what the possibilities could be. By the time Netscape released its browser, we were amazed at the speed. First we looked at it from an enterprise software perspective. We created a system to handle customer service inquiries with e-mail and chat as methods to deal with customers. By 1999, the company — Business Evolution, founded in Princeton, New Jersey — had grown well. Princeton University Fund was actually an investor in the company. In 1999, we sold it to our largest competitor in California, Kana.

India Knowledge@Wharton: Was the idea for 24/7 born during the time of Business Evolution?

Kannan: When I ran Business Evolution and then later at Kana, I would go visit customers — call centers. I would observe how people were using the software. The feedback they always gave was that the software had more capabilities. Their number one problem was finding people. The second problem was the fact that attrition rates in U.S. call centers were so high that they couldn’t hold on to trained people.

I visited 50 centers in those three years, and each time I would come back and say, “To do e-mail and chat, if this was done out of India, this would be a no brainer.” It kept percolating in the back of the mind. When we sold to Kana, I started thinking about the next move, and the initial response to my idea was positive. That’s what gave us the confidence to start 24/7 Customer.

India Knowledge@Wharton: What kind of advice would you give to aspiring entrepreneurs?

Kannan: The mistake many make is that they spend lots of time fancying up their idea on paper at the expense of actually building something concrete. So I always encourage entrepreneurs to keep things moving forward, always.