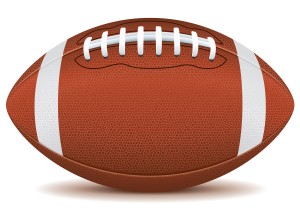 We hope that advertisers weren’t expecting any sales or discounts this year on February 5, the date of the 2012 Super Bowl. Last year the average cost for a 30-second spot was $3 million. This year it’s $3.5 million, with some ads going for $4 million.

As it turns out, the question about discounts is irrelevant: According to a recent article in the Philadelphia Inquirer, all the ad spots had been sold by the end of October, although the pregame show still has time available. The article notes that we can expect the usual companies to be on view — cars, snacks, movies and beverages — along with some new entrants.

A spokesperson for NBC’s just-launched Sports Network (NBC is now owned by Comcast) didn’t identify the newcomers, although an article in the The New York Times reported that Hyundai has bought five spots before and during the 2012 game, to be held in Indianapolis, for an undisclosed amount of money. Hyundai, as the Times story notes, has performed well in the U.S. market, and no doubt hopes to emulate the success that Chrysler had in last year’s two-minute Super Bowl ad featuring Detroit rapper Eminem.

As always, the question arises: Is $4 million, or $3.5 million, too much for a company to spend on one short ad?

Wharton marketing professor Eric T. Bradlow suggests that “for most companies, the direct impact of the advertising may not be worth the cost, but the opportunity to generate a large amount of buzz after the event has the potential to significantly generate” increased product awareness. “One thing I could imagine happening in the future is differential pricing depending on who is in the game,” he says. “If it is the New York Giants against the New England Patriots, the target demographic might be quite different than it would be if it’s the Green Bay Packers against the Cincinnati Bengals.” [Editor’s Note: The Bengals lost yesterday to the Houston Texans.)

Can viewers expect one or two companies to stand out from the pack — like Apple did in 1984 with its Macintosh ad, or Volkswagon did in 2011 with its Passat ad featuring music from Star Wars and a very young Darth Vader? “By definition, critics and advertisers will rank the ads from best to worst, and therefore there will be a best ad and a worst ad,” Bradlow notes, adding, however, that “the degree to which all firms use proper market testing suggests that total variability among the quality of the ads should be low.” At the same time, “creativity still prevails,” and a superstar ad could crop up this year just as it has in prior years.

Given the doldrums that the 99% are in with high unemployment and depressed home sales, will the overall tone of the ads be less raucous than usual, or are consumers looking forward to irreverence and sophomoric humor? Bradlow predicts that advertisers “will stay away from certain topics, and offer [viewers] more opportunities to laugh.”

Last week’s Iowa caucus showcased the tight Republican race for the presidential nomination. Will politics play a role in this year’s ads by offering candidates a chance to differentiate themselves in front of a large audience? “Political ads can be very effective,” Bradlow notes. “You may see real political ads or spoof ads. It will be interesting to see if any of the candidates participate. My guess is that they will be too risk averse to do so.”

If Bradlow could give one piece of advice to Super Bowl advertisers this year, what would it be? “Test your ad well before it ever appears. Make sure the emotions it evokes are consistent with your brand. Memorable is not the only factor. Memorable and consistent are more important.”