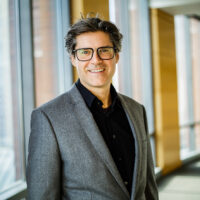 From hot fries to cold cash, there’s no shortage of incentives to entice Americans to take the COVID-19 vaccine.

In West Virginia, Gov. Jim Justice is offering $100 savings bonds to young people who get the shot. Not to be outdone, Ohio Gov. Mike DeWine is offering fully vaccinated residents a chance at a $1 million lottery and full college scholarships. And in New York City, Mayor Bill de Blasio announced an incentive promotion with Shake Shack as he awkwardly munched on a free burger and fries.

“Mmm, vaccinations,” he said between mouthfuls. “I’m getting a very good feeling about vaccination right now.”

The gimmicks certainly get attention, but will they work to get more shots in arms? The short answer is no, according to Wharton management professor Iwan Barankay.

“I would love for the state of Pennsylvania to be handing out $100 bills because any money that people can use for consumption would be great for the economy, but they won’t be really effective in raising vaccination rates,” he said during an interview with Wharton Business Daily on SiriusXM. (Listen to the podcast at the top of this page.) “To raise vaccination rates, we have to engage with the socioeconomic barriers that people are facing.”

“To raise vaccination rates, we have to engage with the socioeconomic barriers that people are facing.” –Iwan Barankay

Barankay, who is also a professor of business economics and public policy, has spent years studying what works to encourage patients to take their medications. His latest paper on statin adherence was published earlier this month. Like many previous studies, this one also finds that financial incentives aren’t persuasive for patients who have complicated lives. Low income, inadequate housing, lack of transportation, caregiving to others in the household, and the sheer burden of chronic illness are all factors that can contribute to laxity.

Helping People on the Margins

Incentives work best when they are designed to help people overcome behavioral problems of inattention or inconsistency — a bribe to produce a desirable outcome in the short term. While that sounds like a perfect fit for the COVID-19 vaccine, Barankay explained why it isn’t.

He said some people will get the vaccine no matter what, while others will never take it. Those in the middle are unlikely to be moved by money because they are concerned about safety. Barankay and other experts are most concerned about the people “on the margins” who want the vaccine but cannot get it because of socioeconomic barriers.

“The money is not enough to help them overcome all those other problems [and] go and get vaccinated,” he said. “We need to understand who are those people, and what will it take to help them. They don’t really need convincing; they just need assistance in many other ways where they have challenges with their lives.”

Dr. David Asch, executive director of the Penn Medicine Center for Health Care Innovation, said while financial incentives work in some instances — like quitting smoking — they may backfire with the COVID-19 vaccine.

“Someone who has a lot of distrust of the vaccine might think, ‘They’d never offer money if this was a good thing,’” he said in an interview with the Association of American Medical Colleges.

He also emphasized the difficulty for vulnerable populations.

“When it comes to incentives, everyone is not in the same boat. The pressure imposed by financial incentives falls differentially across different populations,” he told the association. “A better approach is to try to reduce obstacles that people face in getting vaccines. Think of all those logistical, scheduling, and access challenges that are limiting the use of vaccines.”

“The evidence is just not there to show these incentives are useful to convince people to make healthful decisions.” –Iwan Barankay

About 40% of the U.S. population is now fully vaccinated against COVID-19, according to the U.S. Centers for Disease Control and Prevention. However, vaccination rates have been slowing since their peak in April, prompting officials to find new ways to reach the unvaccinated. But Barankay said cash and other giveaways aren’t the answer.

“The advantage of money is you can do what you want with it,” he said. “It’s fungible. You can buy milk with it or you can pay your mortgage with it. But the evidence is just not there to show these incentives are useful to convince people to make healthful decisions.”