Wharton's Kartik Hosanagar and Jyoti Thottam from The New York Times discuss the problems Apple is facing in China.

In a letter to Apple investors on January 2, Apple CEO Tim Cook warned that the company’s revenues for the fourth quarter would be lower than expected. He blamed the shortfall on the “magnitude of the economic deceleration particularly in Greater China.” But China’s slowing economy and a burgeoning trade war with the U.S. are not the only factors responsible for Apple’s troubles in China, writes Wharton professor of operations, information and decisions Kartik Hosanagar in this opinion piece. A slew of Chinese rivals has gradually eroded the iPhone’s once dominant market share in the country, he notes.

Hosanagar joined Jyoti Thottam, business and economics editor in the Opinion section of The New York Times, on the Knowledge at Wharton radio show on Sirius XM to discuss Apple’s problems and what they reveal about the prospects of other U.S. companies that depend significantly on China for revenues. “Most of Apple’s troubles in China are related to factors other than the trade war,” he said. According to Thottam, “The consumer sentiment part of the equation is interesting and a little complicated. Apple was a little slow to adapt.” (Listen to the podcast at the top of this page.)

Hosanagar’s area of research is technology and the digital economy. His book A Human’s Guide to Machine Intelligence will be published in March.

When Apple dropped its fourth-quarter revenue expectations last week from $89-93 billion to about $84 billion, Tim Cook, the company’s chief executive, blamed the likely decline on iPhone sales “particularly in greater China.” Specifically, in a January 2 letter to Apple investors, he held China’s slowing economy responsible. But Apple’s troubles in China go well beyond that country’s slowdown. And Apple is hardly the only U.S. company that should be worried about the situation.

To understand Apple’s present challenges in China, we must rewind the clock on the company’s phenomenal — and unlikely — success there. While other tech giants including Amazon, Google and Facebook have struggled to gain a foothold in China, Apple in 2009 had a fairytale launch of the iPhone there. Later models such as the iPhone 6 built on that early success. Chinese consumers eager to show off newly acquired wealth responded enthusiastically to Apple’s portfolio of premium products. Partnerships with service providers such as China Mobile also helped.

And then there was Apple’s willingness to play by China’s censorship rules. For example, Apple removed VPN apps – whose uses include giving users access to websites banned in their region and shielding internet browsing activity from censors’ eyes – from its China app store. The company did this in response to demands by the Chinese government and migrated iCloud accounts held by Chinese users to a state-owned data center. Fast forward to today: China accounts for nearly a fifth of Apple’s revenues and is, as we have seen, critical to the company’s overall health.

Signs of a Slowdown

Signs that China’s economy is slowing have been around for some time. But the sudden dip in China’s consumption tax revenue in October and November last year suggests the weakening is occurring rapidly. Apple’s guidance is our first chance to assess the degree to which the slowdown will affect big, global corporations that have benefited from the boom in China’s consumer market.

But to focus only on China’s slowing economy is to risk missing half the story. The company is plagued not just by declining sales in China, but, crucially, declining market share as well. Chinese rivals such as Huawei, Vivo, Oppo and Xiaomi have flooded the market with lower-priced smartphones as well as multiple product innovations. And then there’s Tencent’s WeChat, a social app that is deeply integrated into the average Chinese consumer’s life, touching everything from hailing taxis to making payments at restaurants. The near ubiquity of WeChat as China’s master app has made the smartphone OS less relevant: What value do FaceTime, iBooks, and Apple Pay offer when they go unused in favor of WeChat? All these factors have contributed to shifting the ground under Apple’s feet, so that the once-treasured iPhone in China has begun to look like just another smartphone. No wonder market share is falling.

To understand Apple’s present challenges in China, we must rewind the clock on the company’s phenomenal — and unlikely — success there.

The U.S.-China trade war adds to these problems. It could lead to Apple’s products being subject to tariffs from both sides: Import tariffs on electronics manufactured in China could affect its sales in the U.S. China, in turn, has threatened retaliatory moves that will adversely impact iPhone sales in China. Again, however, tariffs are only half the picture. Even if Apple products continue to escape their impact, the trade war is likely to affect Chinese consumer sentiment towards American products. We may already be seeing the impact.

What does this mean for other U.S. corporations? China has been a golden goose in recent years for many American brands pursuing growth through global expansion. Starbucks’ 3,000-plus cafes dominate the coffee-shop market there, with more than 50% of market share. Similarly, the success of GM’s Buick and Cadillac, as well as cars produced by its local joint ventures such as Baojun, have made China the automaker’s largest retail market. If iPhones can lose their glow – whether because of geopolitics or innovative competitors – Frappuccinos and Cadillacs could also be vulnerable. And if Apple can be taken by surprise, investors may want to brace themselves for disappointing results in China for other American companies, too. 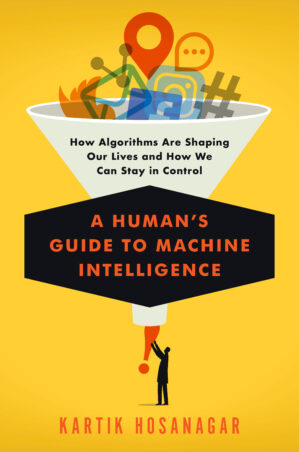