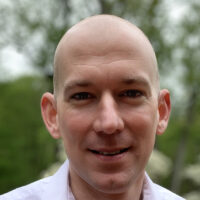 Wharton’s Daniel Taylor speaks with Wharton Business Daily on SiriusXM about how SEC Rule 10b5-1 can obscure insider trading.

Existing regulations on company executives selling shares of their companies are vulnerable to insider trading abuses and must therefore be tightened, according to a recent Wharton study.

When the Securities and Exchange Commission (SEC) adopted the so-called Rule 10b5-1 in 2002, it clearly had in mind visibility into trading by company insiders. The rule allowed insiders or senior executives to set up plans where they commit in advance to sales of shares they own in their companies; they set up those plans at a time where they don’t have any material, nonpublic information. That design provides executives safeguards against allegations that the trades they put through were based on material, nonpublic information.

“[However,] there is no required disclosure of the trades themselves, so that’s a problem,” Wharton accounting professor Daniel Taylor said in a recent interview on the Wharton Business Daily radio show on SiriusXM. (Listen to podcast above.) “Bad behavior flourishes when there’s no sunlight. If you’re adopting one of these plans, just disclose everything. Disclose the date you adopted. Disclose that the trade was pursuant to one of these plans. Sunlight is really the best disinfectant.”

The need to revisit Rule 10b5-1 has come about because of the insider trading windows that have opened up with speculation around Covid vaccine development. “That rule has been used a lot by [senior executives at] pharmaceutical companies,” said Taylor. Senior executives at those companies might have a three-month visibility into the likely trajectory of the vaccine development at their companies, he noted. “That’s what has brought the spotlight back onto that rule.”

A recently published study of nearly 21,600 10b5-1 plans found that the rule could be abused for opportunistic share sales. For instance, it found that 38% of plans adopted in a given quarter execute trades before that quarter’s earnings announcement. Taylor, in his capacity as a faculty fellow at the Wharton Forensic Analytics Lab, conducted the study along with four other experts.

“Bad behavior flourishes when there’s no sunlight. If you’re adopting one of these plans, just disclose everything.” –Daniel Taylor

The study identified three “red flags” associated with opportunistic use of 10b5-1 plans: those with a short cooling-off period; those that entail only a single trade; and those adopted in a given quarter that begin trading before that quarter’s earnings announcement. The research provided evidence of those.

Planned trades with those characteristics “systematically avoid losses and foreshadow considerable stock price declines over the subsequent six months,” the study pointed out. At the same time, planned trades without those characteristics “do not appear to systematically avoid losses and do not predict subsequent stock price declines,” the authors added.

The research looked at trades by company executives between the date they sign a contract for their 10b5-1 plan and the date they make a trade. “We find that these so-called ‘contracted’ trades or preplanned trades actually perform much better than normal trades,” said Taylor. Company executives could use conformity with the 10b5-1 rule as a legal shield against allegations of wrongdoing. “But rather than using it as a shield, they’re using it as a sword to provide legal cover from some of the sketchier trades that they’re conducting,” he added.

According to Taylor, the abuse of the rule is rooted in the “veneer of legal shielding” it provides opportunistic trading. When company executives are asked to explain those trading decisions, they could say that they were planned well in advance of when a trade was executed, and it is therefore not insider trading, he said.

Taylor noted that “a great number of companies and executives use these plans correctly” and clarified that he and his co-authors are not calling for the plans to be removed. “[However], there is evidence that there are more than a few companies and executives that are using that veneer of shielding for legal scrutiny to engage in suspicious or sketchy trading activity.” For instance, the study found that in some cases, “executives were signing a contract to execute a trade tomorrow,” he said. “And why should that be entitled to a legal shield or an affirmative defense from insider trading?”

According to Taylor, Rule 10b5-1 provides the perfect cover for insider trading. “If you’re an executive who wants to engage in illicit activity, you’d want to do it in a place where you think no one is looking,” said Taylor. “And the place where no one is looking right now is these 10b5-1 preplanned trades.”

Rule 10b5-1 allows senior company executives to set up plans with a pre-established formula to trigger stock sales at times when they don’t have access to inside information. “But they also have the ability to cancel or pause those sales without disclosing that change in plan to the SEC or the public,” SEC commissioner Caroline Crenshaw and Taylor wrote in a recent Bloomberg opinion article.

“Company insiders are using [Rule 105b-1] as a sword to provide legal cover from some of the sketchier trades that they’re conducting.” –Daniel Taylor

“It’s that aspect of these plans that’s particularly controversial, as it allows executives to set up a routine sale and then pause or cancel it if they know the company will be announcing news that will move the stock price — and to do so in secret, without public disclosure.” Tactics like those enable executives making those trades avoid “considerable losses,” they pointed out.

The second recommendation was to disallow single-trade 10b5-1 plans and require multiple transactions to be spread out over a certain time period in order for a plan to qualify for affirmative defense. “Single-trade plans are inconsistent with traditional financial advice for exiting a concentrated equity position over time,” the authors noted.

The third recommendation focused on plans where the initial trade occurs prior to earnings announcements. “Because senior executives are routinely aware of corporate performance between the end of quarter and the earnings announcement, it is unlikely that they can enter a plan during this period without having material nonpublic information,” the authors wrote. “Companies adopt trading blackout windows to prevent this activity, but our data suggests some executives use 10b5-1 plans to circumvent the purpose of these blackout windows and adopt plans during periods when they are almost surely in possession of material nonpublic information.”

Their proposed remedy is to remove the affirmative defense of Rule 10b5-1 for plans that are both adopted and start selling shares before the next earnings announcement. Since earnings are announced quarterly, the requirement of a four- to six-month cooling-off period would also prevent opportunistic trading, they noted.

Disclosure requirements, too, must be tightened to prevent abuse, according to the study. “Evidence of these abuses has not been known to the public because relatively basic but critical information is not required public disclosure, and companies are choosing not to publicly disclose it,” they noted.

They called upon the SEC to consider requiring public disclosure of 10b5-1 plans, or at least disclosures of their adoption, modification, suspension, or termination, and the maximum number of shares planned for sale under a 10b5-1 plan. Furthermore, they called for rules where companies should require approval of 10b5-1 plans by their general counsel and disallow plan adoption during trading blackout windows.

“It’s been more than two decades since the SEC made major changes to insider trading rules, and it’s well past time to revisit whether investors are sufficiently protected, or if the rules are being abused,” Crenshaw and Taylor wrote in their Bloomberg article. They pointed to a “regulatory dilemma,” where senior executives routinely have access to nonpublic price-sensitive information on their companies, but they also get “a significant portion” of their compensation in stock that they must be able to sell.

The reforms will protect retail investors by reducing the unfair advantage that executives have with their access to price-sensitive, nonpublic information on their companies. Taylor noted that disclosures on the share sale plans by executives, especially CEOs, can provide revealing insights about their commitment to advancing the fortunes of their companies. They could also be useful for boards in their decisions on compensation by way of stock options for senior executives, he added.

“The purpose of the share compensation is to align the interests of the shareholders and the executives, so that they hold onto the shares and benefit from increases in stock price,” Taylor said. “But if they’re just going to sell, then why would I want to give the individual more shares?”

Taylor hoped the proposed reforms would have easy passage in Congress. “It’s straightforward fixes [that are required] here, and hopefully it’s bipartisan,” he said. Gary Gensler, the incoming chairman of the SEC who is yet to be confirmed by the Senate will have “his own agenda,” he noted.  “I’m optimistic that his agenda will include reforming these rules.”