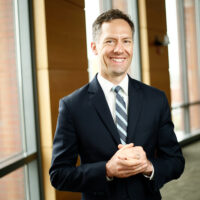 Wharton’s David Hsu and Jay Ritter from the University of Florida discuss the prospects for Dropbox’s IPO.

Dropbox, the San Francisco-based cloud storage and file sharing company, is expected to go public this month under auspicious circumstances: The stock market is rebounding and the economy continues to show strength. But its IPO could prove to be a “down round” — where the value falls below the amount previously set in the last private financing round. In 2014, Dropbox was privately valued at $10 billion, but its prospectus now puts the new valuation at around $7 billion, according to a recent filing with the Securities and Exchange Commission.

What happened? “That $10 billion figure, as with other unicorns, is an overestimate of what the private market was actually willing to pay,” said Jay Ritter, a finance, insurance and real estate professor at the University of Florida. Also, “late-round investors [got] various protections that the earlier investors and employees with stock options or restricted stock didn’t have. Those extra protections increased the value that the late-round investors were getting, and that tends to overstate the value of the company.”

Further tamping down investor appetite is that Dropbox is operating in an increasingly competitive cloud storage market, filled with many other rivals such as Box, Amazon, Google and Microsoft. “Storage in the cloud, by itself, is quickly becoming commoditized, if it’s not there already,” said Wharton management professor David Hsu. But he noted that Dropbox is pivoting towards garnering more paying corporate customers, especially in content collaboration and sharing services.

Ritter pointed out that even though Dropbox’s current valuation is a bit “conservative,” it still could see a jump after the IPO when the stock trades publicly. “There’s potential for some substantial upside when it goes public.” Hot tech stocks often pop on their first trading day, although whether the gains can be sustained in the long run is another matter. Ritter and Hsu discussed the factors affecting investor sentiment around the Dropbox IPO on the Knowledge at Wharton show on SiriusXM channel 111.

Dropbox’s offering is priced between $16 and $18 a share by its underwriters, which gauge investor appetite for the stock before the IPO. The company plans to offer 36 million shares to the public, of which 9.2 million are from so-called selling shareholders such as venture capitalists and executives who want to cash out. Another 5.4 million shares would be set aside in an overallotment in case there’s excess demand. Further, it is selling $100 million worth of shares to Salesforce.com in a private placement.

Altogether, the company stands to raise nearly $620 million if the IPO price is $17, after fees. Total outstanding shares — the amount of stock it is authorized to issue even if it is selling only a portion of it in the IPO — will exceed 393 million. Dropbox co-founder and CEO Andrew Houston will end up owning 23% of the shares and control 24% of the votes. The company will list on the Nasdaq under the ticker symbol, “DBX.”

Ritter pointed out that unlike some tech unicorns, Dropbox has proven it can monetize its business. “Unlike [during] the dot-com bubble of 1999 and 2000 when companies went public with unproven business models, Dropbox as well as its competitors have a proven business model where there’s substantial consumer and business demand.” Moreover, it books recurring revenues from subscriptions, instead of being dependent on one-shot purchases. That’s why business is up. “Revenue is growing, losses are declining and it’s cash flow positive,” he said.

According to Hsu, another positive aspect is that Houston will stay on as CEO of the 11-year-old startup. Continuity is important, especially since Dropbox is good at knowing how to appeal to consumers. “What sets apart Dropbox is its simplicity,” Hsu said. That’s why Ritter uses it. “I generally shy away from things that I only use occasionally where there’s a steep learning curve and the setup costs are big,” he said. “But Dropbox makes it very easy to get started even if you’re not using it every day.”

These factors make Ritter upbeat about the IPO. “I think it’s going to have a fairly positive reception by the market.” He thinks the valuation of Dropbox is “somewhat conservative” when compared with rivals like Box. “Whether the whole sector is over- or under-valued, only time will tell. [But] compared with the competition, it’s very reasonable.”

“Storage in the cloud, by itself, is quickly becoming commoditized, if it’s not there already.” –David Hsu

Wharton finance professor Luke Taylor added that Dropbox’s true valuation was probably well below the “post-money” estimate of $10 billion in the first place. He said post-money valuations — a startup’s value after accounting for outside financing or capital — typically are calculated using a “simplistic formula” that uses “poor assumptions.” If this turns out to be the case, he said, “we don’t know if this IPO will see an up round or a down round.”

Pivoting for the Future

According to its prospectus, Dropbox plans to use the proceeds from the IPO to pay down debt and for general corporate uses. In addition, it said it also could use the funds to acquire businesses, products, services or technologies. Dropbox sees market opportunities in collaborative applications, content management, project and portfolio management, and public cloud storage.

Moving beyond offering simple cloud storage for consumers is a smart move, as well as going after business customers and offering upgraded services like collaboration, Hsu said. “They’re not the only game in town.” Cloud storage prices have been steadily falling in recent years, which means Dropbox’s margins from that business will thin over time. Since it’s easy for consumers to leave the service, the company has to pay attention to its churn rate, or “how many customers continue to use the service year after year and pay for it versus those that decide that after using it for a while they don’t like it,” Ritter said.

Hsu noted that while Dropbox’s rival Box started in the enterprise space and then moved to serving consumers, Dropbox is going in the opposite direction. As such, “it remains to be seen, with regard to valuation, how much the market values a much more simple service while recognizing some of the things that are mission-critical for enterprise like security [features],” he said. Hsu recalled that Dropbox has had “security snafus,” such as the one in 2012 that came back to haunt it four years later, when details of more than 68 million user accounts were leaked.

Hsu said Dropbox can employ Apple’s strategy to get existing customers to buy its other services. Even though Apple earns most of its money from iPhones, it continues to make Mac computers and sells the Apple Watch and other products. Apple’s strategy was to get its iPhone users accustomed to its user interface and features to build a loyal customer base, and then pitch them other products in its ecosystem.

“There’s potential for some substantial upside when it goes public.” –Jay Ritter

Similarly, Dropbox could leverage its reputation, brand and services to introduce more enterprise products such as “collaboration software” for teams to work together virtually. “This is the road for this new era of software-as-a-service, cloud services, etc.,” Hsu said.

Dropbox could also make itself a more attractive takeover target with a significant presence in the enterprise segment of the market. Speculation about an acquisition arose because Salesforce will invest $100 million in Dropbox when it goes public. Salesforce is an early investor in Dropbox. After the IPO and private placement, its combined equity stake will be under 5%.

“Salesforce’s curiously timed investment in Dropbox, on the eve of the tech startup’s IPO, could hint at an acquisition further down the line,” said a story in Business Insider. Earlier this month, the two companies announced a “strategic partnership … to more deeply connect with their customers.”

Dropbox has been on the M&A radar screen before. Two years before Apple launched its rival iCloud service, CEO Steve Jobs had sought to buy Dropbox, but Houston turned down the offer, according to a 2011 Forbes report. “Dropbox is a viable standalone company but there are potential synergy gains either from making acquisitions or from being acquired,” said Ritter.