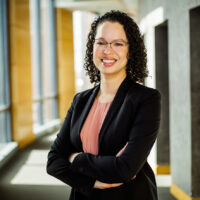 Wharton's Rachel Arnett discusses her research on the role of identity in cultivating workplace inclusion.

Employees who come from traditionally underrepresented groups often face a dilemma at work. Do they celebrate and share their cultural, ethnic, racial, gender and other differences? Or do they try to conceal them to create greater social harmony? Wharton management professor Rachel Arnett studies the role that identity plays in cultivating workplace inclusion and how it contributes to professional advancement. She spoke to Knowledge at Wharton about why managers and employees must get beyond an abstract notion of diversity if they want to effect real change.

Knowledge at Wharton: What is the focus of your research?

Rachel Arnett: My work looks at how individuals in diverse work environments and settings cultivate inclusion by expressing and concealing social identity differences. I have a few different areas of work in this space. One looks at people’s hesitation to bring attention to their differences in the workplace, whether it’s a cultural difference, an educational difference, whatever it might be. I show that when people think abstractly about expressing differences, they have some concerns about doing so. But when you get them to think more concretely about specific interactions and how people might respond to those differences in the workplace, they’re a little bit more comfortable with opening up and being authentic in the workplace.

I also have a line of work that shows when these individuals open up in a very rich and meaningful way, let’s say about cultural difference or the meaning behind a particular cultural tradition, that can be positive and result in people behaving more inclusively towards that person, both in terms of opening up to them in return, perhaps socially including them or even being more willing to promote them in a professional spirit.

Knowledge at Wharton: What can businesses and individuals learn from this research?

Arnett: There are many ways in which I think this applies to the workplace. Managers often have an intuition that diversity is a good thing to have in the workplace, but they’re not always sure how to frame diversity for their employees. Should they recruit people who have differences but then have sort of a melting pot and focus on commonalities? Or should people be encouraged to celebrate their differences and maybe even leverage them in the workplace? What my work really strives to do is encourage managers that the latter [approach] might be feasible to pull off. If you encourage your employees to bring attention to their differences in a positive and meaningful way, it can lead to a more inclusive environment.

“Managers often have an intuition that diversity is a good thing to have in the workplace, but they’re not always sure how to frame diversity for their employees.”

I also think that it’s very encouraging for employees as well. It shows that if you have a difference that you want to bring attention to, doing so in a meaningful way can have positive outcomes, and that can be empowering. But I also think that it can be really encouraging to people on the receiving side of that information, because my work shows that although we fear differences being brought to our attention in the workplace, we feel a little bit less anxious when it occurs. We feel closer to that person if they open up in a meaningful way, and that makes us want to include that person more. I think it can alleviate a lot of concerns that people have in the abstract when they think about differences and show them that they can be positive in reality.

Knowledge at Wharton: What are some ways that managers can incorporate this idea into their overall strategy or even into the ways that they have employees interact with each other?

Arnett: There are two ways to think about the celebration of, and bringing attention to, differences. One is in the professional space. You can really encourage employees to think about difference as an opportunity to learn from one another. It’s this idea that everyone has something they can learn from what other people uniquely bring to the table. I think it encourages people to leverage their differences in a professional way. There is research that shows that if people really do think of difference as an opportunity for learning, as opposed to achieving diversity for its own sake, this learning approach to can be really positive for helping people do better and work better together in the workplace.

In terms of creating a more inclusive environment in general, which I think has indirect benefits for how people work together, I think that leaders might be able to encourage people to celebrate their differences by opening up about themselves and what makes them unique. I’ve seen a lot of companies start to do this where leaders will have online spaces in which they’ll open up about their own personal backgrounds. That encourages others to do the same by setting the tone that this is a place where we can really be honest about who we are, be authentic. Doing that encourages others to take that risk as well.

Arnett: That’s a great question. I think it depends on which employees you have in mind when thinking about this. People who are typically underrepresented within their organizations look at things like whether or not differences are encouraged or discouraged within the workplace as a signal of whether they really belong in that workplace. There’s research that shows when employees are considering whether they want to join a particular organization, if they see low representation and signals that differences are really downplayed, that’s often a signal to them that they would prefer to join a different organization. When you’re keeping those individuals in mind, you would want to set a tone a little bit more encouraging of the celebration of differences to show we’re not just committed to having you here in numbers, we’re committed to having you here and helping you to feel like this is a space where you and your unique background belong, and you can be authentic to the degree that you feel comfortable.

“If you encourage your employees to bring attention to their differences in a positive and meaningful way, it can lead to a more inclusive environment.”

Knowledge at Wharton: Does that apply even to the job description and interview process?

Arnett: Yes. That brings me to something I think is an area of future work for me, which is trying to understand how people can give those signals in a way that makes others comfortable. I think in some ways it can feel a little bit intimidating to have people necessarily assume that a person who’s different should bring those differences to the table — that it’s basically your job to be the token black person, Latino person, Asian person, whatever. That if you’re not able to bring some sort of authentic experience from that background, well, what did we hire you for? I don’t think we want managers to act like belonging within an organization is contingent on them being whatever stereotype or level of authenticity that they have defined for that person. I think that we should give space to employees to decide what level of personal expression they would like to engage in. That might involve talking about some aspect of their cultural background. That might involve other things. People differ on how comfortable they are with that. I think it’s less about asking people to engage in that and expecting them to per se, and more so giving them the space to if they would like to.

Knowledge at Wharton: It seems like it requires a high degree of sensitivity on the company’s part to think about these issues and the messages they’re getting across.

Arnett: Absolutely. These issues are very complex. That’s why we see a lot of debate about the best way to approach diversity initiatives. If it were straightforward, there wouldn’t be so much conversation and debate around it. But one of the goals that I’m really trying to achieve with my research is to understand some of the nuances of what actually happens when people do things one way versus another. What are the subtle signals that we’re sending? How do other people respond to those pieces of information that they’re picking up in their social environment? How can we ultimately create an environment that works for everybody involved, whether it is the individuals who are historically underrepresented or the people who are historically in the majority?

Knowledge at Wharton: People who say, “I encourage diversity; I love diversity,” may have to face some pretty tough truths about their words versus their actions.

Arnett: A challenge that many people — both leaders and everyday employees — grapple with is the difference between what they would like in the abstract, ideally, and what their day-to-day behavior suggests. Some of the work that I will be looking at in the near future is how people respond to evidence that maybe something they did was not as racially sensitive or sensitive to people from different genders or sexual orientations, so we can engage in a feedback loop that makes people a little bit more open-minded to the possibility that they could have done something differently without feeling defensive or like they’re under attack.

What I would really like to do with my work is figure out a way that people feel comfortable trying things out in terms of how to make diversity work, but also getting feedback about how they could improve if they wanted to.

“Leaders might be able to encourage people to celebrate their differences by opening up about themselves.”

Knowledge at Wharton: Are there other lines of research that you’re looking at next?

Arnett: One thing I would hate to do is misguide people into a false sense of security — that differences are great, run wild with your differences and now everything will be fine. What I’d like to do is look at some of the boundary conditions around these effects I’ve been finding. For example, whether or not to talk about political differences is one potential area —  your difference in political view might influence my life, from my perspective. Now you’re not just talking about some aspect of your background, you’re talking about something that affects me as well, or whoever the listener is, so maybe I’m a little less amenable to those types of conversations.

Another thing that I’m interested in looking at is the ways in which people manage identities that are historically higher status. I have a line of work that looks at people’s tendency to conceal — let’s say, having an Ivy League education or going to a higher status employer, or something like, that for an internship. People tend to do that because they’re trying to create a sense of social harmony with other people. I’m interested in looking at how that can be leveraged to get people who are traditionally in higher status and in higher power positions with organizations to tap into this mutual concern that everyone has about being authentic. Everyone has concerns about how to be themselves while also having a harmonious workplace. Maybe that research can be used get leaders within organizations to sympathize with what’s often positioned as an issue for underrepresented groups and help to show that it is a mutual issue that everyone can try to resolve collectively.