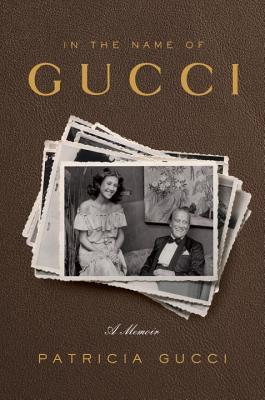 One of the most iconic names in the luxury retail sector is Gucci. But what about the man behind the brand? In a new book, Patricia Gucci shares the story of her father, Aldo Gucci, who was chairman of the company from 1953-1986. Patricia stopped by Knowledge at Wharton Show on Sirius XM channel 111 to talk about the book, In the Name of Gucci: A Memoir.

Knowledge at Wharton: What does the Gucci brand mean to you?

Patricia Gucci: The brand for me is all about quality and good craftsmanship, and obviously, beautiful image and great product. The brand is a timeless thing, if it’s created in the best possible way.

If it wasn’t for my father, Gucci would not be anything close to what [it is today.] My grandfather [Guccio Gucci] had a vision of it being in Florence and creating an incredible, fantastic quality boutique of the best of the best. My father had huge ambitions, and he wanted to expand throughout the world. He started in Rome, and my grandfather supported that. Eventually, my father decided to go to America, and my grandfather was definitely not happy about that. But my father showed him in the long run that he had made the right decision. Unfortunately, my grandfather died not long after and never really saw the big blossoming of the company.

“My grandfather had a vision of it being in Florence and creating an incredible, fantastic quality boutique of the best of the best.”

Gucci: I was living a very sheltered and normal life, as a schoolgirl in England. Eventually I moved to Rome when I was 11 or 12. I didn’t really know too much about the company. I wasn’t involved in any way. I would occasionally go into the shop, and that was like walking into Aladdin’s cave of incredible, beautiful things everywhere I looked. I couldn’t believe it. I didn’t understand the enormity of the company until I moved to America much later on in my life, in my late teens.

Knowledge at Wharton: Toward the end of his life and his time with the company, it did not go very well because of sons from his prior marriage. I guess there was quite a battle that went on, correct?

Gucci: Yes, it was in the last five years of his life that everything sort of imploded, starting off with his son Paolo, who unfortunately decided he wanted to do things his way. With my father, you didn’t contradict him. It went on for many years before that. He kept on doing things that my father said, “You can’t do this. This is not company policy.” Eventually, they couldn’t even be in the same room. [My brother] Paolo swore, in some ways, to himself that he was going to get his way. He went to the IRS and gave them some papers of my father’s financial situation that he was not paying taxes on, and that started everything.

Knowledge at Wharton: The gentleman who was trying to prosecute him at the time was Rudy Giuliani, the former mayor of New York City. He was trying to make a name for himself at that point. Obviously, your father’s name is as big as you’re going to get around the globe.

Gucci: Especially in those days, absolutely. He was made a bit of an example for America. This is what happens to you if you evade taxes. My father at that time was 80 years old, and it was an unfair example because, at his age, he was not going to be somebody that deserved to go to prison. But unfortunately he did.

Knowledge at Wharton: In the end, what happened between your father and his sons and the grandsons?

Gucci: My father was running the business. They all had their roles, and he mentored everybody. But he was also somebody who was an authority figure over every department. Once he went to prison, that was pretty much the end of his power and his control. Everything then started deteriorating. People taking their positions. [His nephew took] over the company with the help of [my brother] Paolo, who he made a deal with to buy his shares. That obviously diminished my father’s 50% stake into a minority. Eventually my other brothers also decided they had to sell, too, because otherwise their shares would have been devaluated. So my father was left pretty much on his own. And that was pretty much the end of everything.

“My father had huge ambitions, and he wanted to expand throughout the world.”

Knowledge at Wharton: Is that when you started to have a closer relationship with him?

Gucci: No, it was much earlier. I worked for the company for about seven years. I was even put on the Board of Directors, and I had a lot of very interesting roles in the company as ambassador and fashion coordinator. They were thinking of making me as an image for a younger look. It was at that time, when I started working, that things definitely started changing. There was a lot of turmoil, and eventually it all, as I said, went downhill.

Knowledge at Wharton: What were those last couple of years like for your father?

Gucci: Prison definitely took a toll on his health as well as the stress of losing his company and his sons turning their backs on him and all the other people he had trusted. All of that, all put into one thing, was a turning point for his health. Up until before prison, his doctors would say, “You’re like a 50-year-old! You’re amazing, Aldo. What do you do? What’s the secret of your longevity?” He was very proud of that.

Stress does horrible things. He had, I think, the worst kind that you can give to any human being at 80 years old, and eventually he got cancer. That was the final, final blow. But in a way, probably the best blow, because if he had lived, he would have been a very unhappy man, having to relive everything he had gone through those years.

“I moved to Rome when I was 11 or 12…. I would occasionally go into the shop, and that was like walking into Aladdin’s cave of incredible, beautiful things everywhere I looked.”

Knowledge at Wharton: I get the sense from talking to you that if you father was still alive and he was in his prime right now, he would probably really enjoy running a company in this day and age, with all the changes that we’ve seen and all the technology that is out there.

Gucci: I don’t know about the technology part because I think he would be absolutely flabbergasted at it. It would have been a completely different thing for him to see how things have evolved in the last even 10 years. But he was always a man who was ahead of his time in everything he did. Now, things are moving even faster than they ever have. So yes, I’m sure he would have embraced whatever changes there were. If he was young enough to be able to do so, he would have gone with the flow.

Knowledge at Wharton: The Gucci company and the Gucci name continue to be a stalwart in the luxury industry these days. Ownership aside, it doesn’t seem like this is a name that will slow down at any time in the next 50, 100 years.

Gucci: Oh, absolutely. I’m very happy about that. If it was the opposite, it would have been tragic. This is just fantastic, and I follow closely Gucci in every step that it has done in the last 26 years. There have been ups and there’s been downs, and there have been all sorts of interesting reinventions and brilliant people involved. It has been really nice to see. Now is a really exciting time, too. It’s a revival, in some ways, of the name and the image. It’s embraced wholeheartedly. I haven’t seen something like this in a while.

Knowledge at Wharton: How closely do you stay in touch with the people who are running Gucci right now?

Gucci: Oh, not at all. I’m just a consumer, like you. I walk into the shop, and I choose what I like or don’t like, and walk up and purchase it. But I had a very interesting situation in Geneva. I went to the shop here, and bought something. They said, “Oh please, could you fill in your address?” So I filled in my details — Patricia Gucci, my date of birth, and my address, and she goes, “No, no, no. In the name here, where you wrote ‘Gucci,’ that’s the store’s name. Could you put your surname, please?” So I said, “No, that is my name.” They literally nearly fainted. It was kind of funny to see that — they had never met a Gucci before, let’s put it that way. For whatever that may mean in this day and age, it was still something they thought was a special moment.