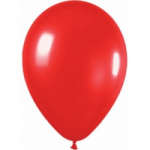 Only four months into his tenure, Yahoo CEO Scott Thompson was forced to step down last weekend because of a misstatement of his academic credentials in a regulatory filing. According to reports, Thompson’s official biography cited degrees in computer science and accounting from Stonehill College, whereas his actual degree was in accounting alone.

Dissatisfied activist shareholders called public attention to the error in early May. At first, Thompson said he was not aware of the misstatement, but according to the Wall Street Journal, an internal investigation at the company showed that he had allowed the inaccuracy to appear on his resume for several years. The company is now looking into whether it can fire Thompson “with cause,” which, the Journal notes, would cost him severance pay.

Meanwhile, Thompson, who replaced former CEO Carol Bartz, is the fourth chief executive to leave the firm in five years. (The company has announced that executive vice president Ross Levinsohn will serve as interim CEO.)

Given the company’s recent struggles — including declining market share and growing competition from Google and Facebook — was the decision to force Thompson out a smart one? “Scott Thompson had to go,” says Wharton operations and information management professor Maurice Schweitzer. “A fabrication on the resume costs you credibility and suggests values that place impression management above substance. This is a critical concern for Yahoo. Yahoo needs to credibly signal to the market that [it is] providing real value.”

For Thompson, “this issue is particularly serious, because he had just assumed the CEO position and had no great leadership accomplishments with which to counter the loss of credibility created by his embellished resume,” Schweitzer adds. Moreover, “the activist shareholders seeking to oust Thompson made this particularly problematic for him. When someone is motivated, you will not get the benefit of the doubt.”

A Knowledge at Wharton story on what happens when exaggeration crosses the line notes that while the urge to embellish may be part of human nature, if left unchecked, it can have career-altering consequences. “Thompson probably added material to his resume years ago as he began his climb up the corporate ladder,” Schweitzer notes. “It was wrong for him to start off with that misstatement on his resume, but as he assumed managerial roles, he should have definitely corrected this. I think leaders fail to anticipate the scrutiny they will get. What has worked for them in the past — what they have gotten away with in the past — doesn’t work when [they are] under a real spotlight.”

Wharton legal studies and business ethics professor Kevin Werbach agrees that “Thompson had to go,” but he says that the situation “reinforces the impression of Yahoo as the gang that can’t shoot straight. Now the question is whether the new leadership will continue some of his controversial decisions, such as [Yahoo’s recently initiated] patent litigation against Facebook. Yet another strategic shift will create more distraction for the company.”

What can Yahoo do to regain its footing following this latest stumble? According to Werbach, “There is still a great deal of value at Yahoo. At this point, though, I have a hard time believing that any CEO could restore the company to a leadership position in the Internet market. It can be a profitable business if it scales back its ambitions and focuses on operational efficiency, but under that scenario, it will gradually lose out to more dynamic players. The alternative is a more radical shift, such as breaking up the company or becoming an open platform alternative to Google, Apple and Facebook. I would only recommend that latter course if the new management team is in it for the long haul.”