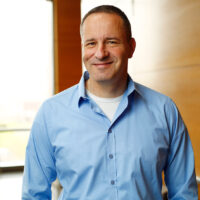 Though health care has taken a backseat to Iraq and the economy in this year’s presidential campaign, the two candidates do have detailed proposals – with deep differences in underlying philosophy and scope.

Would either proposal solve the three broad issues facing American health care: mushrooming cost, inadequate availability and uneven quality? Is there any way to stimulate market efficiencies to contain costs and get care to the 45 million Americans who don’t have insurance?

Three Wharton health care experts doubt either candidate’s plan could be enacted as proposed – or would lick all those problems if it were. The problems are so complex, and Americans’ expectations of top quality affordable care are so deeply rooted, that it’s far from clear there is any satisfactory solution for the near term. “I don’t think either of them has a clue how to do it,” says Mark V. Pauly, professor of health care systems at Wharton.

The two candidates’ proposals emphasize bringing health care to the uninsured and assuring quality care, but they would do little to restrain the growth in costs, adds Wharton health care professor Guy David. “Personally, I don’t think any of these plans will go through. The U.S. doesn’t have the funds to finance either plan.”

Obviously, that cannot continue indefinitely, else health care would eventually consume all the nation’s output, which would be impossible. The danger is that the current system, if left as it is, will resolve this problem by gradually denying coverage to more and more people.

Premiums for employer-covered health insurance have risen by more than 11% this year, down only slightly from 13.9% in 2003. Feeling the pinch, many employers have eliminated health coverage, cut back or shifted costs to employees in the form of higher co-payments and deductibles. Of the uninsured, more than 20 million are full time workers. Many experts believe the high cost of covering workers has led employers to hold back on hiring, slowing the recovery from the most recent recession.

President Bush wants to encourage people to find insurance on their own. He has proposed tax credits to make insurance more affordable to low-income people, and  he wants to extend the reach of Health Savings Accounts, created early in 2004. These allow participants to put pre-tax money into accounts similar to 401(k) retirement accounts. Participants buy health insurance with high deductibles – at least $1,000 a year for an individual, $2,000 for a family. High deductibles are meant to keep premiums as low as possible. Money from the tax-free savings account would be used to pay deductibles, and it could build up over the years. Bush wants to make premiums tax deductible as well. And he’d tackle the soaring cost of malpractice insurance with tort reforms such as capping awards for pain and suffering.

The total cost for Bush’s plan is estimated at about $90 billion over 10 years.

Kerry’s plan is estimated to cost seven to 10 times as much, perhaps more, but it would bring coverage to some 27 million people who don’t have it now. That’s about 10 times the reach of Bush’s proposals. Kerry wants to pay for his plan by rolling back the Bush tax cuts for taxpayers making more than $200,000 a year.

Kerry calls for a government insurance pool that would cover 75% of the cost of any individual claim exceeding $50,000. That is intended to reduce employer premiums, encouraging more companies to offer coverage. He also would allow ordinary citizens to participate in the health coverage provided federal workers such as members of Congress. And he would loosen eligibility requirements for participation in Medicaid and the State Children’s Health Insurance Program.

Because of the high cost, the Democrats probably have to take control of Congress as well as the White House to enact Kerry’s plan.  While Bush’s plan would be cheaper, he might have a hard time convincing Democrats it’s not too stingy.

But neither approach would do enough to change the market forces that keep driving health costs higher, says Lawton R. Burns, professor of health care systems at Wharton. “There are other approaches that would have a bigger impact on markets.”

Many factors drive health care costs up. The public sees the problem as one of rising prices, ignoring the fact that quality improves at a dramatic rate. Today, people get joints replaced and have laproscopic surgery to repair damage that past generations just lived with. “It’s increasing because there are now more expensive products and ways of using old products,” says Pauly. “Now everyone gets their cholesterol lowered.”

Adds David: “Quality increases, so you’re actually paying for a different thing …  It’s pretty safe to say that half of the increase in cost can be attributed to price changes and half to the [increasing] amount of service” consumers receive. For a market to be efficient, you want consumers to have control over demand,” he says, adding, however, that when it comes to health care, providers heavily influence demand.

Year by year, doctors encourage more extensive use of tests and procedures – a process called “demand inducement.” Some argue doctors do this to protect themselves from malpractice claims, while critics say doctors pad their incomes with unnecessary work.

While a consumer may know whether a repair to his home or car is really needed, few are capable of assessing the need for medical care. Indeed, the health care industry is resistant to the forces of supply and demand that impose efficiencies on other industries. It’s virtually impossible for the consumer to shop for health care on the basis of price, or to weigh the quality of one provider versus another. Even if consumers could get the information they would need for smart shopping, most have little incentive to do so because it’s the insurers, not the patients, who foot the lion’s share of the bill.

“We need better information on prices and quality,” David says. “I’m not sure how to achieve that. If consumers were more informed, that would basically make the market more competitive …  The more informed you are, the more you can say, ‘I don’t think so.'”

Pauly and Burns believe that one of the most promising approaches is “consumer-directed health care.” At its heart, it means consumers pay more out of their own pockets. Although many people resist this, the only other proven way to restrain growth in costs is managed care such as health maintenance organizations, and people don’t like this much, either, Pauly says. “If we’re going to control spending, we’re going to have to go to one or the other of those. At the moment, the winds are blowing in the direction of patient cost-sharing.”

Consumer-directed plans are “as good as any idea out there,” adds Burns, who is writing a book on four such plans. Essentially, he says, the idea is “to empower, engage and enlighten the consumer …  to make the consumer a more active chooser of these products and providers.”  Plan participants are given extensive information on prices for drugs, procedures and other services. They get training so they can assess what kind of care they are likely to need. And they get the information required to compare one provider with another.

Humana, a health insurer in Louisville, Ky., has had good results experimenting with such a plan on its own employees, Burns says, adding that this model looks more like auto insurance than health insurance. Employees choose which elements of coverage they want from a wide-ranging menu, based on their willingness to pay out of pocket expenses and their assessment of likely need. “You let people customize how they use health benefits.”

In such a plan, employees typically have the first $500 of annual health care expenses covered, as well as anything above $2,000 a year. Thus they can spend as much as $1,500 a year on their own. Humana has found that this approach does cut health care spending, Burns says, noting that “people become much better consumers.”

Although experiments like Humana’s offer some hope, none of the Wharton professors expect a quick solution to America’s health care problems, regardless of who is the next president. It’s a safe bet that four years from now, health care in the U.S. will be better than it is today, since new drugs and procedures flow constantly, says David. But, he adds, “I’m pretty sure it’s not going to be cheaper.”

Pauly suggests Americans may have to change their attitude and accept that it’s worth spending a lot for top-quality health care. “The real question is, if you stopped spending that money on health care and gave up whatever you had to give up – the good drugs for your migraine headache or whatever it was – would the other things you spend money on give you more satisfaction?”

Pauly says he himself would rather have a small-screen TV and a good health care plan than the other way around.