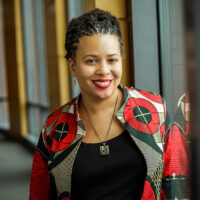 Wharton’s Lindsey Cameron talks with Wharton Business Daily on SiriusXM about why algorithms that monitor worker productivity are a bad idea.

Plenty of internet memes poke fun at Amazon’s reputation for restricting bathroom breaks for warehouse workers. But algorithms that allow companies to monitor an employee’s every move are getting a serious look from policymakers and labor leaders who contend they are unfair and dangerous.

Taking direct aim at Amazon, California last week became the first state to pass a law banning the use of algorithms to track rest breaks and prohibiting workers from being fired for not meeting unsafe productivity quotas.

Wharton management professor Lindsey Cameron said she expects more states will explore similar legislation as the issue gains traction. Amazon isn’t the only company that uses algorithms to keep an eye on employees; it’s a practice that’s becoming more prevalent across industries from retail to health care, she told Wharton Business Daily on SiriusXM. (Listen to the podcast above.)

“When you have an algorithm as a boss, it’s a hard, and at times even unforgiving, supervisor,” she said. “That’s what’s really exciting about this new legislation [in California] because it can put some stopgaps around that.”

Cameron described the algorithms as “Taylorism for the modern-day,” referring to a scientific management theory from the early 1900s. Supervisors used a stopwatch to time workers and eliminate any unnecessary physical motions that they believe impeded productivity. Cameron said that kind of intrusive monitoring strips away human dignity and robs employees of pay for time spent on work-related activities like standing in line, taking a bathroom break, or waiting for approval from a boss.

“When you have an algorithm as a boss, it’s a hard and at times even unforgiving supervisor.” –Lindsey Cameron

“There’s all these other things that factor into doing the work — or doing work that supports you in doing the work — that might be counted against you because at the end of the day the numbers don’t match whatever the algorithm says is the best work overall or standard metric to beat,” she said.

According to Cameron, unions can help prevent or regulate these practices, but management policies that are “human-centric or worker-centric” are a better way forward. She’s been studying changes in the modern workplace for years and said workers will always find ways to circumvent the algorithms. For example, she noted a worker who would deliberately chat with the boss for 20 minutes at the beginning of a shift, then ask the boss to fix his time card to reflect that he started his shift on time.

“People are able to use tactics to evade some of the monitoring by the algorithms because they’re trying to do their day-to-day jobs the best way that they can right now.”

Amazon has not commented on California’s law, which was signed by Democratic Gov. Gavin Newsom and takes effect in January. However, the California Retailers Association criticized the legislation, saying it will worsen current supply chain problems, increase the cost of living, and eliminate jobs for Californians.

But Cameron noted the physical toll of warehouse work — bending, stooping, walking for hours on cement floors, rushing to fulfill orders. All of that increases the risk of accidents. In fact, research in 2019 found that Amazon’s injury rate was double the rate of the warehouse industry. The new law is designed to help protect the health and safety of workers.

“We’re seeing algorithms embedded in work in all sorts of ways,” she said. “You think about subway drivers, you think of baristas or people in retail jobs, where [algorithms are] telling you what time you need to be there and what’s your productivity quota for how many drinks or how many scarves you should sell at Ann Taylor that day.”

She recalled a recent trip to a store, where she declined help from an employee who approached. Concerned that she was brusque, Cameron then apologized to the associate, who pointed to cameras on the ceiling that were positioned to watch every move and make sure assistance was offered to every customer.

“We’re seeing this different type of electronic monitoring in lots of different types of work, and I just expect it to continue to rise,” Cameron said.