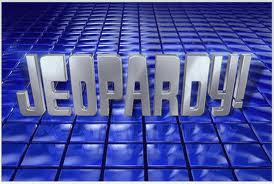 As chess fans will remember, in May 1997 Garry Kasparov, then the world’s reigning champion, lost a tournament to Deep Blue, a computer designed by IBM. The contenders went head-to-head for six games, of which Deep Blue won two, Kasparov won one, and three ended in a draw. As fascinated crowds around the world followed the contest, it felt as though science fiction had come alive: a so-called thinking machine beating the world’s best player at his own game. After his defeat, Kasparov demanded a re-match but IBM refused and dismantled Deep Blue.

Playing chess requires a certain type of intelligence – the ability to predict a series of logical moves that result in certain outcomes. Computers and their humble cousins, calculators, have long been able to perform such computations. Computers are said to be notoriously dumb, though, at figuring out natural language that involves understanding nuances or interpreting ambiguity involving puns or wordplay. But are they? Or has artificial intelligence – which some researchers define as “the study of how to make computers do things at which, for the moment, people are better” – evolved to a point where computers can outsmart humans at such tasks, too? That is the premise being tested this week in New York as Watson, an IBM supercomputer named after company founder Thomas J. Watson, pits its wits against Brad Rutter and Ken Jennings, top champions in the television game show, Jeopardy! (The game involves giving contestants answers and inviting them to guess the questions.)

The contest will play out over three days, and at the end of day one, February 14, the results were far from conclusive. Watson — which IBM executives claim has 16 terabytes of random access memory, or as much computing power as 6,000 high-end home computers — took an early lead. At one point, Watson had won $5,200 while Rutter and Jennings trailed behind at $1,000 and $200 respectively. Then, however, Watson made some gaffes, such as repeating a wrong answer from Jennings, while the humans forged ahead. Ultimately the game was tied: Watson and Rutter each had $5,000 while Jennings had $2,000.

The contest continues through February 16. As Jeopardy’s host Alex Trebek often likes to say, it is still anybody’s game. Beyond a point, though, who wins the $1 million prize is irrelevant. The PR buzz, however strident it may be today, will fade. Regardless of its performance on Jeopardy!, Watson’s real value is that it represents a significant leap forward in computing. As IBM notes on its web site, “Watson is a smarter system – an efficient analytical engine that pulls many sources of data together in real time, discovers an insight, and deciphers a degree of confidence.” It understands questions posed in natural language and gets smarter about answers as it goes along. The business applications for advanced analytics range from health care to urban planning.

Which is why we call upon all right-thinking people not to be complacent about Watson. Today Watson wants to be on a TV game show – what will it want to do tomorrow? Will it sit in front of patients and dispense medical advice? Or schmooze with clients to offer legal opinions? Or hang a shingle at an architect’s firm to design a building? Or (heaven forbid) stand in front of a class full of MBAs and deliver a lecture on private equity?

Should that happen, we at Knowledge at Wharton would call it Final Jeopardy. Well, wouldn’t you?