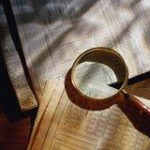 If you have ever had a CAT scan, suffer from a certain type of diabetes or are interested in knowing whether raising taxes helps or hurts unemployment, you might want to consult Wharton statistics professor Lawrence Shepp.

Shepp, who uses probabilistic, combinatorial and statistical analysis of models for problems arising in physics, engineering and communication, has applied — and continues to apply — his expertise to tackle problems involving medical technology, health care and the mathematics of finance.

His successes date back to the mid-1970s when he developed an algorithm that greatly increased the accuracy of CAT scans — machines that rely on computers to generate three-dimensional images from flat, two-dimensional x-rays, one slice at a time. “In a CAT scan, you make a lot of measurements by passing an x-ray beam along a line through the planar section of the body,” he says. “You do that for many lines. Then you try some equations in order to reconstruct the body’s interior density.” Shepp significantly improved the mathematical algorithms used in the measuring and reconstruction process, allowing medical technicians to get a more accurate picture of everything from brain tumors and coronary arteries to complex fractures and abdominal injuries. The advances that resulted are “embodied in every CAT scanner in the world,” he says.

More recently, Shepp has been consulting with a firm to develop an artificial pancreas for people with diabetes, a disease caused by the body’s inability to produce sufficient quantities of insulin. According to the Centers for Diseases Control and Prevention (CDC), as of 2011, 25.8 million people, or 8.3% of the U.S. population, are diabetic.

The project Shepp is working on combines two existing technologies — sensor technology, in which a sensor continuously measures the amount of sugar in the blood — and insulin pumps, which, in the future, will use an algorithm to convert blood glucose measurements into the amount of insulin needed at any given time (known as “open loop control”).

If Shepp and others are successful, diabetics “will be relieved of the tedium of monitoring their blood glucose all the time,” he states. Instead, the system will effectively act as a pancreas that can be worn outside the body. As of now, the insulin pump and the sensor are suspended from a strap around the waist, although in the future, these devices may be placed under the skin. The sensor readings are communicated to the pump and stored, but the decision on the insulin dose is made by the patient. Like any new technology, the artificial pancreas must go through clinical trials and be approved by the FDA.

For the last two years, Shepp has been studying an area unrelated to health care — the mathematics of finance. Specifically, he is looking to see if mathematics “can deal with the contradiction that has arisen in electoral politics in the U.S.” The Democrats, he says, “are claiming that if they could raise taxes, they would have the money to grease the wheels of companies in such a way that the additional profits of the companies would increase the level of employment, decrease unemployment and also cover the firms’ higher taxes.” The Republicans, on the other hand, “are saying that an increase in taxes is a non starter. It would discourage entrepreneurs from forming companies, hurt employment and increase unemployment.”

The question for Shepp was whether he could use mathematics to answer, in a definitive way, the question of which party’s analysis is correct. After all, he notes, “only one side can be right.”

As it turns out, he says, the answer to that question is quite clear.

Fifteen years ago, Shepp and a colleague set up a mathematical model in which a company is characterized by just four numerical parameters — its present worth, the profit rate, the risk environment and the prevailing interest rate. The two researchers chose, as a criterion for optimization, “maximizing the mean total time-discounted dividend payment,” says Shepp, explaining that “companies which pay dividends want to maximize the payments. Stockholders want these dividends now, not in the future, which is the reason that future payments are discounted.” He and his colleague showed that the optimal dividend payouts occur when the worth of the company exceeds a certain threshold, and they found the formula for the optimal value of total time discounted dividends.

In the new model that Shepp has created, the government gives the company a line of credit (a loan), allowing it to borrow at a certain maximum rate. “The company doesn’t have to accept that line of credit, but if it does, then its additional income [or profit] increases,” he says.

Shepp was able, “with difficulty,” to compute that increase. “If you look at the increased income, which is now subject to taxation, minus the old value where the loan was not offered, it may or may not exceed the time discounted cost of the loan.” In fact, Shepp proved that the increased income never exceeds that cost. In other words, the government’s claim — that companies will earn profits which can help them hire more people – “never holds true.”

What is the significance of this to business practitioners? “They might want to learn more about whether it makes sense to extend the company’s line of credit just to increase its rate of profit,” says Shepp. “If you can develop a new product with this credit, then it doesn’t fit within my model. But if you are simply putting more money in just to get more money out, then there is a conservation of energy principal which says that the expected increased return will be less than the cost of the loan. So the increased profit won’t pay for it, within this model.”

Shepp says this research “is a work in progress” although he is getting ready to present it in public forums. At that point, he predicts, the Democrats will attack the model, which is fine with him. After all, he says, the goal is to “stimulate debate on any question that can be formulated mathematically.”