While his country is in crisis, Ukrainian President Volodymyr Zelenskyy is emerging as a masterful communicator and charismatic leader whose management style is reminiscent of some of the greatest statesmen in history, according to Wharton management professor emeritus Michael Useem.

Watching Zelenskyy receive a standing ovation after addressing the U.S. Congress from his presidential bunker last week, Useem couldn’t help but compare him with Franklin D. Roosevelt speaking to the same body after the bombing of Pearl Harbor and Winston Churchill delivering his rousing war speech to the House of Commons.

“I think the phrase ‘leadership presence’ sums up what we saw,” said Useem, who is director for Wharton’s Center for Leadership and Change Management. “He’s not just there to appear, he’s not just there to show the flag. He’s there to make a case. I think Zelenskyy has proven a master of this moment in ways that we rarely see.”

Useem joined Wharton Business Daily on SiriusXM to talk about the evolution of Zelenskyy’s leadership style since the Russian invasion on February 24. (Listen to the podcast above.) Drawing on his decades of research and expertise in the field, the professor pointed out two of Zelenskyy’s consistent management strengths: his on-point messaging and his unwavering dedication to the cause.

Since shelling began, Zelenskyy has communicated strength and stability both to his own people and the rest of the world. Wearing his signature army green T-shirt, he’s appeared frequently on television and social media platforms to reiterate his resolve and ask the world for help in fighting off Vladimir Putin’s brutal advance.

“This is a time to step forward and not shrink from, and Zelenskyy has demonstrated that in spades, even though the conditions and his own safety are at stake,” Useem said.

He called Zelenskyy a “master of communication, one of the best ever.” He noted that the president doesn’t take a formal pose behind a lectern during press conferences, preferring instead to sit in a chair or stand in the street to show the landscape of war behind him.

“He’s as artful as they come in helping people focus not on him but on Ukraine, the disaster that it is going through, and the solutions that many countries ought to be following in coming to Ukraine’s aid,” Useem said.

There’s a close correlation between the skills of a statesman and a CEO. Useem said both types of leaders need to excel at what is described as general management — juggling a number of urgent and often disparate issues at once.

“Being a one-trick pony won’t do it here. You’ve got to master it all,” he said. “That is, we have to think about everything and act on everything pulled together.”

“I think Zelenskyy has proven a master of this moment in ways that we rarely see.” –Michael Useem

Legacy in the Making

Useem isn’t alone in his positive assessment of Zelenskyy’s leadership style. Many historians, journalists, and political experts are describing how the president — a former actor and comedian who is serving his first term in public office — is rising to meet this moment in history.

“I think Zelenskyy’s leadership in this situation has really been inspirational. We talk in the U.S. about profiles in courage. This is what it looks like,” Emily Harding, a deputy director and senior fellow at the Center for Strategic and International Studies, told NPR.

Useem also believes Zelenskyy’s leadership will be part of his legacy.

“We look to the past to better understand our own present and the future, and I think President Zelenskyy is not only inspiring leaders at the moment, he’s going to be inspiring people for generations to come,” he said.

Although he describes Zelenskyy as “a person for the ages,” Useem is quick to add that the ultimate measure of effective management is action. Will Zelenskyy be able to persuade foreign leaders to intervene and help his country fight off Russian aggression? The professor thinks he will.

“I think his words are so powerful, his purpose so unequivocal that he is going to indeed move the world,” Useem said. “These are going to be the days that shook the world, and Zelenskyy is at the center of all of the above.” 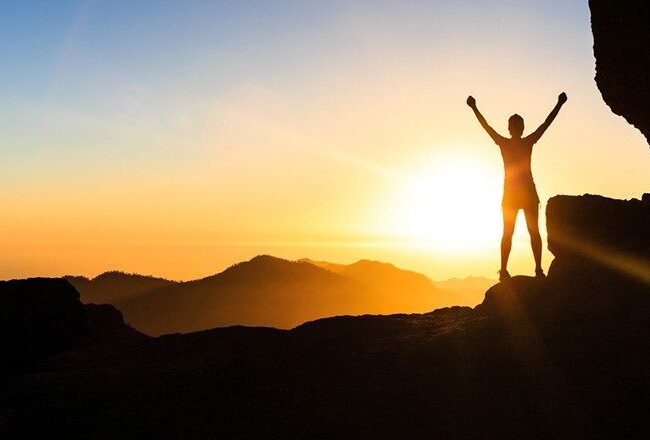 How One Firm Has Baked Purpose into Its Business Model