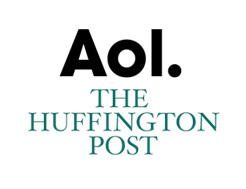 The takeover deal  that America Online (AOL) CEO Tim Armstrong and Huffington Post co-founder Arianna Huffington announced on February 7 has set media mavens chattering. As has been widely reported, the troubled web services provider has agreed to acquire the fast-growing news and analysis website – which boasts 25 million unique visitors a month – for $315 million. Following the acquisition, Huffington – who is the eponymous publication’s editor in chief – will become the president and editor in chief of AOL’s newly minted Huffington Post Media Group, which includes online publications such as Tech Crunch, Engadget, Patch, and so on. During the past two days, Armstrong and Huffington have been predictably upbeat in media interviews, touting — as is generally the case after such announcements — the synergies that will flow from the merger.

Will that really happen? Or could the AOL-Huffington deal go the way of the AOL-Time Warner merger of 2000, which was hugely hyped during the dot-com bubble, but eventually destroyed lots of shareholder value before falling apart at the end of 2009? Knowledge at Wharton decided to find out by posing three questions to Wharton faculty.

Eric Clemons, a professor of operations and information management at Wharton, believes it does, especially for Huffington herself. “A week ago, she was an opinion leader; now she is also a wealthy media mogul,” he says. “AOL is a portal with an audience and Huffington Post can infuse that portal with interesting content,” adds Eric Bradlow, a professor of marketing and co-director of the Wharton Consumer Analytics Initiative. “From that point of view, it makes perfect sense. The Huffington Post is looking to broaden its base, and the acquisition cost of AOL may be – although I am not sure – less than the acquisition costs of new customers using standard acquisition methods.”

Kevin Werbach, a professor of legal studies and business ethics, favors the deal. Noting that AOL faces huge challenges, he says, “At least Tim Armstrong and his team have a coherent strategy. AOL wants to be the first pure digital mass media company. It’s betting that it can get sufficient scale with relatively low-cost yet relatively high-quality online content to create a powerful advertising vehicle. Huffington Post is one of the crown jewels of blog media. It has built a very large audience for a totally new online media property, and it has a valuable brand and network of relationships in the digital world. The price is high, but AOL’s current management realizes it needs to push in all its chips to have any chance of succeeding with the turnaround.”

Kartik Hosanagar, a professor of operations and information management, is enthusiastic about the AOL-Huffington Post combination. “It’s a great decision by AOL,” he says. “It’s clear that unique content is a key part of AOL’s strategy. AOL has moved out of the algorithmic aspects of an Internet presence – for example, search — and focused instead on content and advertising. With the Huffington Post, AOL gets highly differentiated content with a clear brand identity and content strategy.”

2. What are the principal risks and how can they be addressed?

Wharton professors believe the principal risk lies in the belief that the Huffington Post’s content combined with AOL’s distribution will generate enough online advertising to create value beyond the transaction’s costs. According to Clemons, “The major risks for AOL are, basically, that they cannot monetize this or any of their other new online content sites. They will continue to have traffic, which is good, but right now Tech Crunch and the Huffington Post do not have paid subscribers, and no online media site has succeeded so far in producing significant ad revenues or revenues of any other sort.” Bradlow believes that AOL is primarily a transactional portal for services such as e-mail, and if its audience fails to engage meaningfully with the Huffington Post’s content, then AOL’s strategy could fail.

Werbach points to several other risks. “The risks include all the normal ones in any acquisition: culture clash, integration, identification of synergies, strategic merits and valuation,” he notes. “Plus this is really a bet on the growth of online advertising tied to something other than search, which isn’t guaranteed to pay off. Arianna Huffington is a unique figure, who isn’t used to working within a corporate management structure. Her team and contributors are used to working within a scrappy, sexy startup, not the passe AOL. AOL’s management and now Huffington will have to carefully manage the company’s stable of semi-independent content franchises, but this has always been AOL’s challenge, especially during its Time-Warner period.”

3. What advice would you offer Huffington to help the merger succeed?

According to Bradlow, the Huffington Post Media Group should systematically look at content from the Huffington Post that is “viewed and consistent with the AOL audience.” In addition, he says, “measurement tracking (i.e. web science) should be used to understand which Huff Post content is successful on AOL’s portal.”

In Werbach’s view, AOL should follow up the Huffington deal with another merger. “The logical capstone deal for AOL would be to merge with Glam.com, [a collection of women-oriented beauty and fashion sites] which is the other company that has successfully embarked on a similar strategy,” he says. “Glam’s valuation may be too rich for AOL. Logically, though, it’s the appropriate partner to help scale up further. Glam has flown under the radar, but its traffic is massive.”

Are Huffington and Armstrong listening?