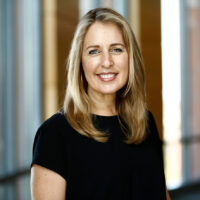 In multinational businesses, team members often have to communicate information to colleagues based across the globe. But for a host of reasons, that information sharing often doesn’t happen as effectively as it should.

Wharton management professor Martine Haas was curious about precisely which issues were most responsible for impairing that vital communication, and what could be done to improve it. She and Jonathon Cummings of Duke University’s Fuqua School of Business revealed what they learned in their paper, “Barriers to Knowledge Seeking within MNC Teams: Which Differences Matter Most?”, published in the Journal of International Business Studies. In this interview with Knowledge at Wharton, Haas details their findings, and talks about what they mean for managers in the global economy.

This research was motivated by the idea that multinationals use lots and lots of teams to get their work done, but multinational teams struggle to really succeed and we know that is a big problem in lots of organizations. You’ve got people all around the world and people don’t share their information, their knowledge, enough with each other or as much as they could. So we’re trying to figure out: Why is that? What are some of the problems that these teams face? And how can they be overcome?

“When I say they mattered, it means they created barriers to knowledge-seeking within this team.”

The question that we focus on is which of these differences actually matter for sharing knowledge in these teams and, moreover, which of them matter most? That’s the research question and to address it, we collected original survey data from more than 2,000 members of around 289 teams. So, almost 290 teams in one very, very large, very well-known multinational organization with more than 100,000 employees around the world. We collected data on all of the differences between the members of these teams, and we did a lot of research to understand which differences matter most and also how might they be overcome. In particular, we looked at whether the people knew each other and had worked together before as one of the things that might help them to overcome those kinds of differences.

When I say they mattered, it means they created barriers to knowledge-seeking within this team, barriers to people going and asking each other for help or for information related to work. Nationality differences and demographic differences also mattered. They also created barriers between the team members, but not [as much as the other two]. The ones that were really big were the geographic differences and the structural differences. But the good news was that if you had worked together before in a team, you could get over to some extent those geographic and structural barriers. So those were the key findings.

The surprising significance of structural differences

I think probably the most striking finding — and it kind of emerged really early on as we were looking at the data — was the importance of structural differences. When you think about multinational teams, there’s a lot of attention paid to the fact that people work in different parts of the world and that they’re different nationalities. These people are also coming from different parts of the organization usually and we found this was a really strong — to some extent, the strongest — barrier. So the fact that people worked in different divisions in the organization — different functional areas or different business units — those kinds of differences were really problematic for the members of those teams. And, I think, that was the most surprising to us, given that the focus is usually on nationality and geography.

“If we’re in the same country and we’re different nationalities it’s actually not a very big deal. If we’re in different countries — even if we’re the same nationality — that’s a big deal.”

I think part of it is recognizing the real variety of differences that there are. We tend to focus a lot on specific ones. Like, we know that the fact that we’re in different time zones is really a big problem, and that’s part of working in different geographic locations. We know that when people on one team speak different languages, it’s a big deal. Managers tend to focus on some of the most obvious things that are really salient when you’re internationally dispersed. But the structural stuff, for example, which we found to be surprisingly important, we don’t think about as much in a global team. I think, for managers, the key takeaway is being really aware that there are a very wide variety of differences that you need to pay attention to and monitor if you really want people to be sharing knowledge as much as they could be inside the teams.

On the plus side for managers, if you’ve got people who have worked together before, that can help. So when managers are composing their teams, our research suggests that really paying attention to that is important. We know there are lots of good things about people having worked together in the past, but often, we don’t include people who have worked together in the past because we’re trying to get the best team for that particular project, and we tend to downplay that criterion. But the research suggests that managers could benefit a lot from … trying to create a team with people who know each other a little bit already.

Probably the most important one is that nationality is not so important. Then again, it’s not that nationality differences don’t matter — nationality being where you were born, where you come from, as well as your native language. Those kinds of differences create a barrier to knowledge seeking between us, but we found that it’s a much less important barrier than the fact that we may be in different countries. If we’re in the same country and we’re different nationalities it’s actually not a very big deal. If we’re in different countries — even if we’re the same nationality — that’s a big deal. There is a lot of attention again on multinational teams. We tend to focus a lot on these kinds of cross-cultural differences and nationality based differences. In fact, our research suggests that if you compare them to other kinds of differences, they matter, but not as much as geography or organizational structure seem to matter.

Most of the research in this area is on teams, and there’s some research — not as much, obviously — on multinational teams. Most research tends to focus on one or two kinds of differences. So most of that research will say nationality differences matter. Or geographic differences matter — there’s a lot of research on geographically disbursed teams. But I’m not aware of any studies that have pulled together as many different kinds of differences and said, “Well, if you look at them all together, we find they all matter and actually create barriers within teams. But look, some of them matter quite a bit more than others when you’re able to compare them side by side.”

“The research suggests that managers could benefit a lot from really paying attention to trying to get people [on teams together] who know each other a little bit already.”

I think that’s one of the things that is probably most distinctive in terms of what our study has been able to do. The other aspect of it is that we have a large sample of teams that we’re able to compare. So around 290 teams, more than 2,000 team members, and we’re looking at all of the individual pairs within those teams. That’s a much larger and richer data set with lots of different differences than the prior research has tackled.

My co-author, Jonathan Cummings, and I both do a lot of research related to teams in large, complex organizations like large multinationals, and collaboration more generally across these organizations. One of the things that I’m most interested in is what are the conditions that enable teams to be more effective — and in this case, particularly multinational teams. Teams do have these kinds of differences, and usually we can’t make those go away. So what are the conditions that can help those teams to be more successful? And not just in terms of being able to share knowledge effectively but also, what makes them more innovative? What makes them more efficient or more able to implement their projects or their programs?