The Ifs and Buts of Corporate Apologies - Knowledge@Wharton

The Ifs and Buts of Corporate Apologies 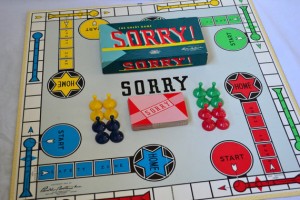 A decade after a Knowledge@Wharton article analyzed an outpouring of corporate apologies, the word “sorry” is back in the headlines. Apple’s apology for errors in its maps app sounds truly remorseful, but the company needs to watch out for less forgiving technology users, says Wharton professor of operations and information management Kartik Hosanagar.

“While it is true that consumers are often forgiving of [problems] with technology products because of the usual trial and error issues, this is less so for a product that charges a premium like the iPhone,” Hosanagar notes. “Apple will need to be careful about these kinds of mistakes more so than a typical tech player.”

This isn’t Apple’s first mea culpa over the iPhone. The company was prompted to offer $100 rebates to some consumers after it slashed prices for the first iteration of the iPhone from $599 to $399 just two months after the product launched. Apple was made to apologize again in 2010, when iPhone 4 users complained about poor signals and dropped calls due to a design problem with the device’s antenna.

Apple under Jobs had been seen as generally reluctant to acknowledge errors. But current CEO Tim Cook was more candid in his statement about the maps flap. “We fell short on our commitment,” he said, as he apologized for the company’s decision to remove Google Maps from the list of default apps in the newest version of the iOS operating system and to replace it with an in-house program that has proven to be riddled with errors. Cook even directed customers to maps apps of rivals including Google and MapQuest while Apple fixes its mapping utility.

Comparing Jobs to Cook on apologies may not be entirely fair. “Tim Cook is an unfortunate position in which everything he does will get compared to Steve Jobs,” Hosanagar notes. “These kinds of things happen often and good CEOs often take responsibility for such missteps. That his style is different from that of Jobs will keep getting attention. But analysts must recognize that Cook has his own style.”

Others like ousted Barclay’s Bank CEO Bob Diamond have also not minced words when their firms were caught making an error. In July, he apologized to a British parliamentary panel for “reprehensible behavior” on the part of his bank’s traders indulging in manipulating interbank lending rates. It didn’t help much, though. By then, U.S. and U.K. regulators had already slapped a fine of $453 million on the bank.

On Thursday, appliance maker KitchenAid of St. Joseph, Mich., apologized for “an irresponsible tweet” about President Barack Obama’s late grandmother. “Another company learns the pitfalls of social media,” said a USA Today report on that episode.

Companies must use their apologies carefully, Wharton marketing professor Stephen Hoch cautioned in the 2002 Knowledge@Wharton article referenced earlier. When a company is apologizing for a mistake to a group of people, such as customers, who know about the mistake, then the “right way to do it is to spill your guts, lay the negatives on the table and then try to refute those negatives,” he noted. It’s a kind of “boomerang approach, turning the negative into a positive …” Yet, he advised against firms apologizing to all and sundry, since they tend to deal with heterogeneous sets of customers. “In fact, a massive apology can be risky.”

Even the world of apologies has its heroes, however. James Burke, the former Johnson & Johnson CEO who died last week, will be most remembered for the 1982 Tylenol recall, according to a Knowledge@Wharton Today blog post from last week. Burke ordered a nationwide recall after seven people died in Chicago from taking cyanide-laced Tylenol capsules. In a 2004 Wharton School Publishing Book titled, Lasting Leadership: What You Can Learn from the Top 25 Business People of Our Times, Burke explained that Johnson & Johnson’s celebrated credo that places customers above all had emboldened him: “It gave me the ammunition I needed to persuade shareholders and others to spend the $100 million on the recall.”

The Ifs and Buts of Corporate Apologies. Knowledge@Wharton (2012, October 10). Retrieved from https://knowledge.wharton.upenn.edu/article/the-ifs-and-buts-of-corporate-apologies/