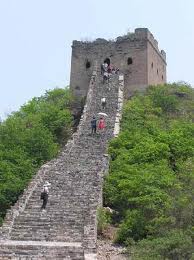 A media storm of sorts was let loose this week by reports that China would overtake the U.S. as the world’s largest economy in 2016.

In a column titled, “IMF Bombshell: Age of America Nears End,” a MarketWatch columnist noted that according to the International Monetary Fund, the Chinese economy would grow in five years to $19 trillion, as measured by purchasing power parity, from $11.2 trillion today. Over the same period — and by the same measure — the U.S. economy is projected to grow from $15.2 trillion to $18.8 trillion. “This is more than a statistical story. It is the end of the Age of America,” MarketWatch predicted. CNN columnist Eliot Spitzer, the former governor of New York, echoed the same sentiment when he wrote: “The number of the day is five. That’s how many years we have left to be kings of the hill.”

Wharton finance professor Jeremy Siegel believes that purchasing power parity is “a more accurate measure of the size of the economy,” and that China will indeed be a larger economy than the U.S. in five years. This view is supported by those who distrust the most common alternate approach of measuring the size of an economy by Gross Domestic Product (GDP) at current exchange rates. Their argument is that if any country tries to under-value or manipulates its currency – as China’s critics often allege it is doing – current exchange rates may provide an inaccurate picture of an economy’s true size.

Even so, comparing purchasing power parity between the U.S. and China is complicated. According to Wharton management professor Marshall Meyer, “If you compared supermarket or real estate prices in Shanghai and New York or Beijing and Washington, D.C. today, you would find Shanghai/Beijing higher than New York/Washington, D.C. in dollar terms. Given the three times to four times gap in household disposable income, it will take a while for Chinese purchasing power to catch up with the U.S. Of course, prices are much lower in rural China, but so are household incomes. Per capita income in urban Shanghai, for example, is about 10 times that in rural Gansu Province. The gap between the wealthiest counties of Connecticut with the poorest counties of Mississippi or Alabama, by contrast, is around three times.”

From this perspective, purchasing power parity has its limitations in measuring the size of an economy. At least the IMF appears to think so. According to an IMF spokesperson, as quoted by Canada’s The Globe and Mail newspaper, “The IMF considers that GDP in purchase-power-parity (PPP) terms is not the most appropriate measure for comparing the relative size of countries to the global economy, because PPP price levels are influenced by non-traded services, which are more relevant domestically than globally. The fund believes that GDP at market rates is a more relevant comparison. Under this metric, the U.S. is currently 130% bigger than China, and will still be 70% larger by 2016.”

The Financial Times notes, “The IMF projects US GDP in dollars will be $15.2 trillion this year while China’s will be $6.5 trillion, rising to $18.8 trillion and $11.2 trillion by 2016, meaning the U.S. looks likely to stay the world’s top dog economically if current growth rates are maintained.”

Few people doubt that as the center of gravity of global economic activity gradually shifts to Asia, some day the Chinese economy will surpass the U.S. But as for whether the day will arrive before or after five years, that debate continues.