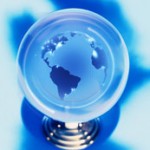 A funny thing happened on the march towards a possible sovereign credit blemish for the U.S. this morning.  Following the downgrade of the U.S. credit rating from “AAA” to “AA+” – labeled an historic move by some – the markets rushed in to buy up U.S. Treasuries.

That is pretty much the opposite effect one might expect. Standard economic logic suggests that a debt rating downgrade should lead to a selloff of that country’s debt instruments, not a flourish of purchases.

Yet by Monday afternoon, the strong demand for 10-year Treasuries had knocked prices down by more than 8.5%, pushing yields from the previous close of 2.56% to 2.34%. Meanwhile, U.S. stock indexes were taking another beating, with the Dow Jones Industrial Average down 634 points or about 5.55% on the day.

So what is going on?

The stock markets are not reacting to the Standard & Poor’s announcement. What is driving the stock market down is fear of a double dip recession, and legitimate worries about sovereign debt and a banking crisis in Europe, says Wharton finance professor Jeremy Siegel. For now, at least, the European Central Bank (ECB) has shown that it will provide the liquidity needed to avert an immediate crisis there.

So, in Siegel’s view, the market is predicting a recession “though none of the professional forecasters I look at are predicting a recession. It’s considered a very low probability event.” This morning’s market swoon continues the big fade recorded last week when some, mostly poor, economic numbers caused more investors to focus on the possibility of another economic dip. Given the public re-emergence of sovereign debt issues in Europe, those concerns extend to the possibility of a global recession.

The credit downgrading became an excuse “for the bears to pile on,” Siegel added.

As for Europe, there’s been a steady stream of events over the last 12-18 months in which finance officials have conducted strategic retreats from market attacks on the sovereign debt of Greece, Ireland, Portugal, Spain and Italy. The picture is one of continually doing too little too late. But as Wharton finance professor Franklin Allen noted in a recent interview with Knowledge at Wharton, the ongoing emergency in Europe is reaching a point where one of two choices must be made.

In one scenario, officials will continue to offer only temporary relief over the next couple of years, with the gradual takeover of questionable private debt by the public sector through the European Financial Stability Facility (EFSF) or, after 2013, the European Stability Mechanism. This week’s announcement by the European Central Bank (ECB) was a clear step in that direction, and some referred to the sudden announcement of ECB bond purchases as setting up a firewall until the EFSF can crank up the financial machinery to take over the job.

Bloomberg News reported on Monday that Jacques Cailloux, an economist at Royal Bank of Scotland Group, said he expects the ECB to buy on average around 2.5 billion euros of bonds a day, or about 600 billion euros in all if that pace kept up for a year. “While the ECB may be playing for time until the EFSF is ready to take over bond purchases, between them they may be forced to hold close to half of the traded Italian and Spanish debt, or around 850 billion euros,” said Cailloux.

Allen’s second most likely scenario for Europe is less orderly. Here, Greece throws in the towel and announces it will leave the euro zone in order to slash debt.

“Overnight … they will go ahead and convert … from one euro to one new drachma. And then the next day, [the new currency] will float. Initially, probably, it will go down to about two drachma, two-and-a-half drachma to a euro…. Greece will become more competitive quite quickly and hopefully start growing. It will not have access to capital markets for some time but experience seems to show that [the lack of access is] surprisingly short. And the fact that they’ll be able to, essentially, lower their debt burden by a half or by two-thirds, on not only the sovereign debt, but also much of the private debt, I think will be a boost.”

According to Allen, these two outcomes are equally likely, roughly speaking. “What we’re seeing at the moment is a struggle. It’s a political struggle between various factions in the EU to see which of these outcomes will come about.”

Meanwhile, if Greece pulls out of the currency union, Ireland and Portugal will “think seriously about pulling out, too.”