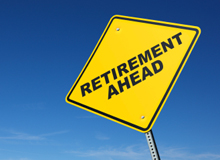 “Social Security retirement benefits, we regularly hear, must be cut to solve the nation’s long-term budget deficit. This is triply wrongheaded.” So states an op-ed piece in the February 21 Philadelphia Inquirer written by Theodore R. Marmor, professor emeritus at the Yale School of Management, and Jerry Mashaw, a professor at Yale Law School.

Titled, “The Only Hoax Here Is the So-called Crisis: Social Security’s Critics Are Stoking Baseless Fears,” the article notes that Social Security has a $2.6 trillion surplus, that the real culprits behind the U.S. deficit problem are interest on the national debt and rising health care costs, and that the U.S. government can always increase the program’s revenues, if need be.

Opponents of Social Security, according to Marmor and Mashaw, say that the surplus in the program’s trust fund “is a ‘hoax.’ Because the trust fund holds U.S. Treasury bonds, these critics mock it as relying on mere pieces of paper, or ‘IOUs.'” Yet these bonds “are known in the world of finance as virtually riskless investments,” the authors argue.

Critics also describe Social Security as a Ponzi scheme in that retirees rely on benefit payments made by today’s workers, a formula that gets repeated on down the line, the authors note. But, they add, in a typical Bernard Madoff-type Ponzi scheme, the perpetrators “do not have taxing power. This Ponzi analogy defines any government program or contract that relies on future taxes as a fraud. That makes no sense.”

The Ponzi scheme reference might be apt, the authors note, “if it were politically impossible to increase Social Security’s long-term financial stability by raising revenues in the future.” But Americans “of every age, income group and political party would overwhelmingly prefer raising the taxes that support Social Security to reducing its benefits,” they say. Those who suggest that Social Security’s finances “are fictitious or unsustainable” are engaging in “nothing more than a scare tactic designed to tarnish America’s single most popular public program.”

Not so fast, responds Kent Smetters, Wharton professor of insurance and risk management. “Social Security’s looming shortfalls are unquestionable, and the authors are using some overly optimistic  arithmetic of their own,” he states.

Social Security has a deficit for the first time since 1983, says Smetters. “While it can draw down on the trust fund in a pure accounting sense, the key problem is that Congress already counted the trust fund surpluses in the past as part of their ‘unified’ deficit measure. In other words, Congress double counted surpluses, first toward a ‘trust fund’ and then, toward spending the same monies on Republican and Democrat initiatives. So that trust fund is not real savings for the government as a whole, which is what ultimately matters.” And while Social Security might not be a Ponzi game per se, “Congress does engage in Enron-like accounting.”

Even if we allowed for Enron-like trust fund accounting, Social Security’s outlook is much worse than the authors say, according to Smetters. “In particular, suppose that we took the left-leaning approach and simply asked the question of how much would we have to increase payroll taxes  — no benefit cuts — to make sure that the trust fund is truly stabilized and never runs out of money. Suppose that we further assume that such higher taxes did not have any impact on the economy, contrary to empirical evidence. Then the independent Social Security Office of Actuary projects that we would need to increase payroll taxes immediately and forever by 3.3 percentage points. That’s a permanent 26% increase in payroll taxes being paid today. And, the longer we wait, the more difficult it will be.”

Smetters acknowledges that these projections rely on estimates about how the future will evolve. “The rational response to uncertainty, though, is not to ignore it, but to save even more. If the authors disagree, then I would recommend that they get a personal financial planner as soon as possible.”