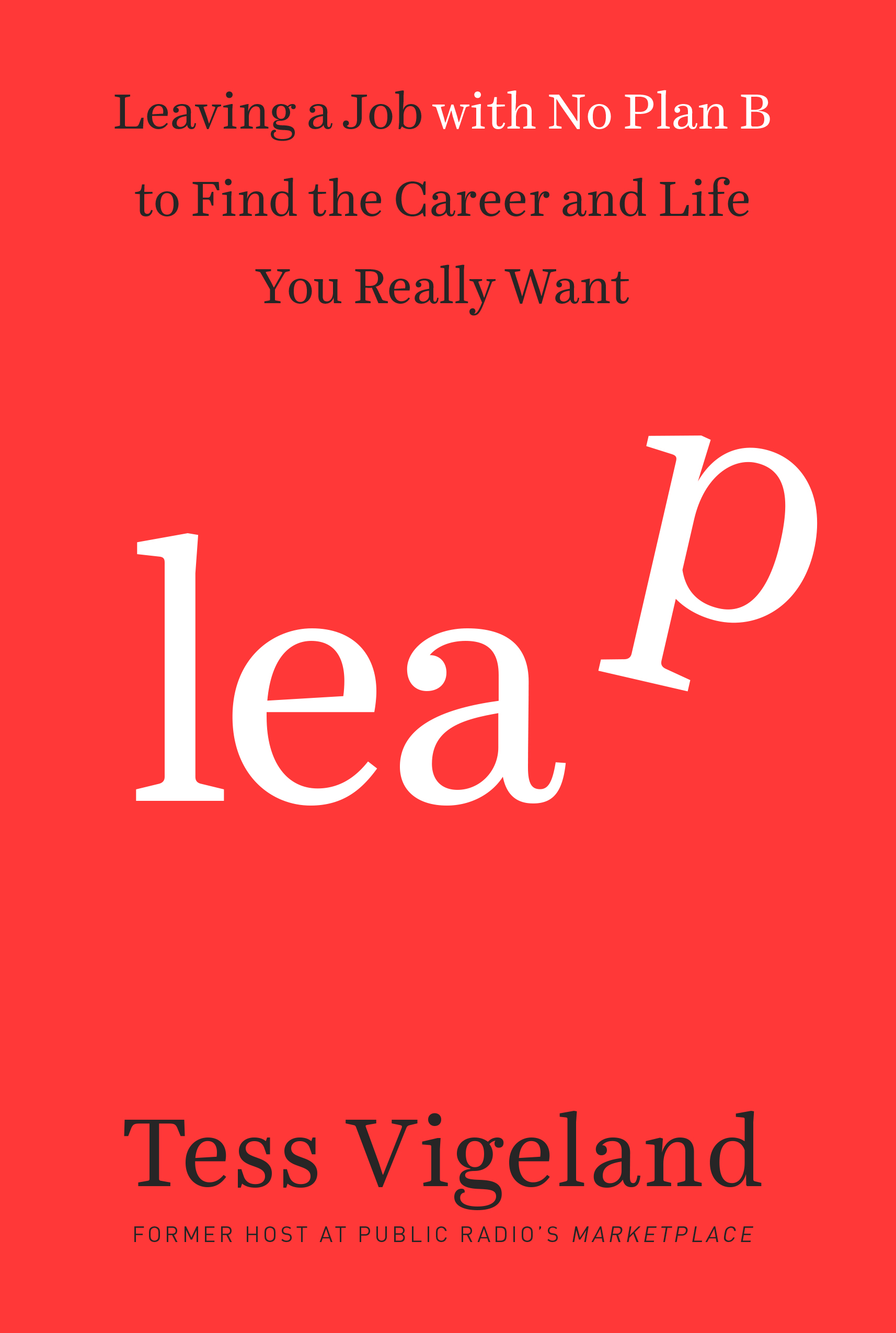 For more than 10 years, Tess Vigeland was a host of public radio’s Marketplace. Though she had a job that many would envy, she chose to leave. She recounts that journey and provides advice for others who are thinking about quitting their jobs in her book, Leap: Leaving a Job with No Plan B to Find the Career and Life You Really Want.

In the following excerpt from the book, Vigeland discusses what it’s like when you don’t have an answer to the standard ice-breaker, “So, what do you do?”

Here’s something I’d love to see happen: go to a party, and have your work be the very last thing anyone asks you about. Of course when I was a national journalist, it was the first thing I wanted to tell everybody! Now, I don’t really have an answer.

Think back to the last time you met someone new. Maybe it was at a bar. Maybe you were in a class. Maybe you were at a party, standing by the food and not wanting anyone to come up to you because you’re terrible with small talk but … here comes somebody: “Hi! I’m Kathy!”

I used to hope that this question would be the first thing someone asked me, assuming they didn’t already recognize me, as most people should, by the mellifluous, dulcet tones emanating from my throat. If the person didn’t recognize me, I was always happy to say, “Oh I’m a journalist.”

“Oh? Do you write for the newspapers?”

“Here’s something I’d love to see happen: go to a party, and have your work be the very last thing anyone asks you about.”

“Really?! Are you actually on the radio? Have I heard you?”

“I love public radio! Do you know Carl Kasell?”

“No, I don’t know him personally, though I’m a fan, too. I work on a business news program called Marketplace.”

“I love that show! Do you work with Kai Ryssdal?!”

“I do indeed. In fact we started there within two months of each other back in 2001. His office is down the hall from mine. He has a corner.”

“I love him! Would I know your name? Wait… did you say your name was Tess?”

“Tess Vigeland, yes.” (Inner self beams with pride and self-importance. I love listeners.)

“I’ve totally heard you. I love you!”

“You don’t look anything like I thought you would.” Full stop.

If I’m being honest, those moments were manna for me. I relished them like I relish an earthy pinot noir from Oregon’s Willamette Valley, and I was always more than happy to answer the question “What do you do?” In fact sometimes, if it didn’t enter the conversation right away, I would steer it so that it would. That sounds horribly self-centered and egotistical when I write it, but it’s true, and I’d bet I’m not alone in doing so. When you have a great job with a high cool factor, you want people to know it. You want people to ask the question so that you can say ever-so-nonchalantly, “Oh, I’m in radio.”

“When you no longer have the cool answer, you dread the question about what you do for work.”

I’m not the only one who thinks that way. After Jill Abramson was fired by The New York Times in 2014, she told Cosmopolitan magazine:

“It can be a danger to define yourself by your job. I miss my colleagues and the substance of my work, but I don’t miss saying, ‘Jill Abramson, executive editor.’  I don’t. I was once told a former executive editor of the Times, who knew he was going to stop being editor, made sure to make reservations at a particular restaurant because he was afraid after that they wouldn’t give him a table anymore. That’s not high on my priority list!”

I was never famous enough to get tables at fancy pants restaurants, but if I had been, I probably would have done the same thing that editor did. But good for Jill Abramson!

When you no longer have the cool answer, you dread the question about what you do for work. You try to avoid it. I think that’s magnified if you’ve been a public figure, because then the perceived fall from cool seems so much more dramatic.

In fact, for almost a year, when people would ask, I would reply with “Well, I used to be…” And I’d absorb the looks of approval and wonder. And I’d smile and say yes when they asked if I knew Scott Simon or Robert Siegel.

But then the follow up: “So what are you doing now?”

That question, I didn’t want to answer it. I felt shame. I feared being judged. I no longer had something cool to say. It felt like failure, even though the decision had been all my own.

“I’m a solo-preneur building a career of writing, voiceover and event hosting.” Look of bewilderment.

“I’m on a break from office life.” Oh — so you’re unemployed and looking for work? Sorry to hear it.

“I left my twenty-year career and don’t know what comes next.” Did you win the lottery or something? Aren’t you bored? Did you lose your ambition somewhere on the way to the loo?

Most people cannot fathom the idea of leaving a career without having a next step lined up. So the quizzical looks stem from a very real sense that either you’ve given up on yourself, or there’s something wrong with your mental or physical health. Explaining it can be exhausting, because everyone wants to know why you left, how you’re going to support yourself, what your family said about all of it… and the whole time your own psyche is revisiting all those same questions that you’d banished before this event.

Why is this the first question we ask? Why is our work the most important thing people want to know about us?

— What’s your favorite thing to do in this city?

— What kind of travel do you enjoy? When’s the last time you did that and where did you go?

— What’s your favorite part of the weekend?

Sometimes it feels a little bit weird, and I will literally say to the person I’m just meeting that I hate asking about people’s work right off the bat, so I try to ask different questions instead. Most folks appreciate that and return the favor by asking me questions unrelated to my work.

That’s what happens in many other countries. In fact, in some places it’s considered rude to ask about someone’s work until you get to know him. I like that.

We are not our work. Let’s stop making that the first thing we want to know about our fellow humans.

Reprinted from LEAP: Leaving a Job with No Plan B to Find the Career and Life You Really Want, Copyright © 2015 by Tess Vigeland. Published by Harmony Books, an imprint of Penguin Random House LLC. 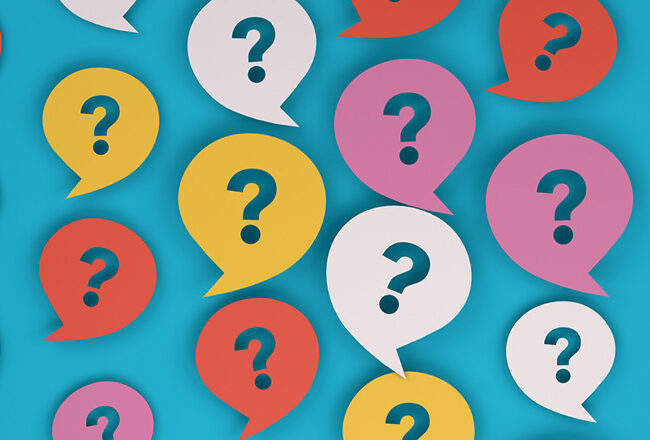 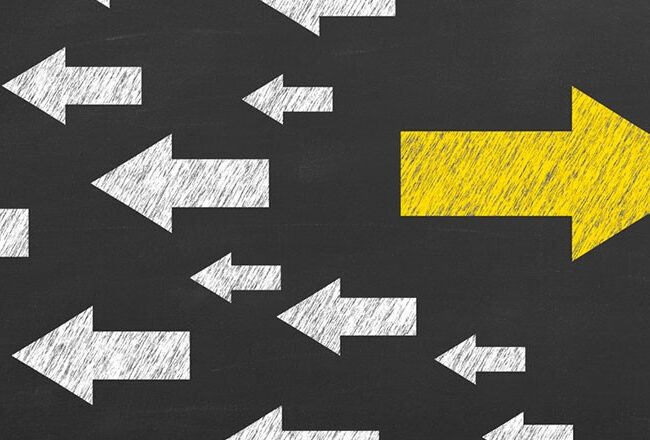