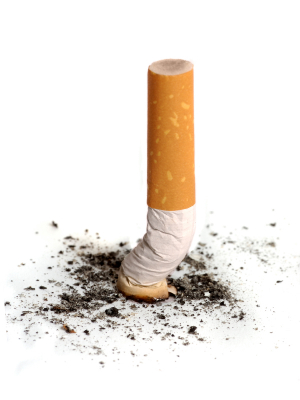 Smokers need not apply — or need to quit — if they want to be hired at a southern Delaware hospital, one of a growing number of employers to ban the practice among prospective staff members. Overwhelming evidence about the health risks of smoking have turned laws and public sentiment against the habit, but Wharton experts note that such policies raise questions about how far employers should be able to go in regulating employees’ behavior in and out of the office.

Lewes, Del.-based Beebe Medical Center recently announced that beginning January 1, it will no longer hire people who smoke cigarettes or use other forms of tobacco, telling local newspaper the Cape Gazette that the initiative is part of an effort to make the local community the healthiest in the country. It would also likely lower the hospital’s insurance premiums, Wharton health care management professor Kevin Volpp says, which is one reason health systems across the country have taken similar measures.

“There is no question that, over time, this will lead to a significant reduction in the number of employees who smoke,” Volpp notes. “There are serious concerns among employers about high and rising health costs. Not hiring smokers is one way for employers to lower their future health costs. It won’t directly improve societal health — unless so many employers start doing this that people quit smoking because of employment concerns –but it will improve the bottom line for employers who” take this step.

The policy at Beebe won’t affect those who currently work there (although the hospital does offer smoking cessation programs to employees.) But job candidates will be tested for nicotine as part of the hospital’s routine pre-employment screening. “If someone reaches the level on the nicotine test that is considered nicotine use by the drug testing company, then we would not be hiring that individual,” Katherine Halen, Beebe’s vice president of human resources, told the Cape Gazette. Prospective employees who are ruled out due to the no-tobacco policy would be given information about smoking cessation programs and would be eligible to reapply in six months.

Although 29 states and Washington, D.C. have laws that protect smokers’ rights, an increasing number of employers — including health systems such as the Cleveland Clinic, but also two Ohio casinos —  have implemented policies to keep tobacco users out of the workplace. (Delaware, where Beebe is located, has no such law.)

“Some health care employers have argued that they are not hiring smokers because their patients complain about the smell of smoke on the clothes of employees, which, if you are admitted with asthma or are lying on a gurney, might not be appealing,” Volpp points out. “Those concerns would not apply to other bad habits, and it is not clear how far employers will go in adopting such measures to reduce future benefit costs.”

Laws have been passed across the country to ban smoking in public places and within the halls of private employers, and many smokers “have gotten kind of used to feeling like they’re a little bit on the outside,” says Wharton management professor Adam Cobb. “Going to Europe and imposing a ban like this would probably be a nightmare, but in this country, you probably could do it because the norms are established that smoking isn’t particularly cool.”

But Cobb wonders how far hospitals and other employers will push the line. “Irrespective of smoking, is this something that firms should be dictating or legislating?” he asks. “I’m assuming part of the goal is to lower insurance costs, but what about people who engage in risky hobbies, such as mountain climbing or hang-gliding? They’re not doing anything to penalize those people.”

Many employers have also imposed higher insurance premiums on employees who use tobacco or who are overweight. That expense “could be potential motivation to quit smoking or to join a gym,” Cobb says. “But when you’re not hiring people based on something like that, at what point does the line end?”

And then there is the question about how to enforce such a policy. Beebe officials told the newspaper that they have no plan for nicotine testing of employees beyond the initial screening. “If you have a group of people standing outside smoking, is someone really going to walk out and say, ‘You were hired after January 20102, so you can’t smoke but these other people are fine?'” Cobb asks. “And do they make examples out of people [who violate the rule?] Do they fire them or do they allow the person to go into a cessation program? If the company policy on violators is that you get fired, then it’s a big deal. If it’s just a little slap on the wrist and you get a second chance, then maybe it’s not as big of a deal.”