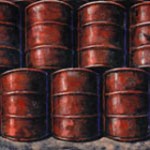 It’s like Eskimos running out of ice: A recent report by Citigroup warns that Saudi Arabia — the world’s biggest crude exporter — may need to import oil by 2030.

How did Saudi Arabia allow its fortunes to slip, even as it supplies an eighth of the world’s oil and natural gas liquids? The country uses a quarter of its oil output domestically, and much of it is for power generation. Saudi power generating capacity has doubled in the past decade, partly because of the need for air conditioning, says a May 2012 story in The Economist. Aiding that consumption are high oil subsidies for Saudi power producers, which pay between $5 and $15 a barrel, compared to the export price of $116 for Brent oil in early September.

Howard Pack, a Wharton professor of business economics and public policy, says that while the notion of Saudi Arabia as a net oil importer is “conceivable,” it is unlikely. There are “many intervening factors” to consider when predicting such a scenario, he notes. For example, the Saudis could slowly raise the internal price of oil by reducing subsidies. This would reduce domestic consumption and increase exports, he says.

Second, the current energy market will be markedly changed if the U.S. and Canada continue to encourage fracking, the method increasingly used to release petroleum from rocks, including shale gas deposits. Shale gas extraction could make business sense if world oil prices stay above $54 a barrel, according to a fact sheet by the U.S. Department of Energy. In fact, shale gas could make up half of all U.S. natural gas production by 2035, the federal agency estimates. According to Pack, fracking will generate “significant additional supplies that will change the energy market,” but prices will still remain above Saudi Arabia’s cost to produce oil — meaning it would make little business sense for that country to become an energy importer.

Solar power could also alter the broader setting for the oil industry, Pack points out. “Over [the next] two decades, it’s likely that the cost of solar [energy] will drop dramatically, again complicating any predictions,” he says. Other imponderables include the impact of the green movement, and technological and social changes, he adds.

The Citigroup report notes that the Saudi situation could get worse if oil consumption grows in tandem with peak power demand. The country’s domestic oil consumption is growing at 8% annually, in line with rising per capita GDP and consumer spending. Already, its per capita oil consumption (per thousand people) is an estimated 100 barrels a day for 2012, compared to 61 for the U.S. and 26 for the U.K., according to the CIA World Factbook.

Oil accounts for 86% of revenues for the $600 billion Saudi Arabian economy, and the country cannot afford to put that income at risk. Among other measures to lower domestic oil consumption, the country is pushing to develop nuclear and solar power, and increased gas exploration.

Prominent Saudi Arabian economist Mohammad Al-Sabban told Bloomberg last month that he disagrees with the view that his country could become a net importer of oil. He faulted Citigroup’s estimate that future Saudi oil production will remain at 12.5 million barrels a day — the current level of production. “The kingdom’s production capacity [has] changed in the past, and it’s changing according to the needs of global demand,” he told the publication.