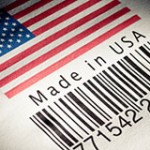 There’s been a flood of attention paid recently to the idea of re-shoring — bringing manufacturing that had been offshored to China back to the U.S. The prospects for an economic shot in the arm from the increase in output and jobs this could bring have excited many in the U.S. They see rising wages in China as significantly eroding the wage advantage that manufacturing there has held for decades. Wages in China have been going up by 15% to 20% per year while in the U.S. they have stagnated.

A recent report by the Boston Consulting Group (BCG) noted that in 2005, it cost 30% less to manufacture in China than in developed countries, but that spread will shrink to 16% by the end of this year. BCG further reports that a third of the U.S. CEOs (with company sales above $1 billion) that it surveyed plan to re-shore some production facilities from China — or are considering to do so.

Add to this the fact that wages represent only a small percentage of total manufacturing costs, supply chain costs for offshore manufacturing can be significant and U.S. energy costs are dropping smartly thanks to new natural gas sources, and it becomes clear that the China advantage is shrinking. What’s more, a report by Gartner projects that by 2014, 20% of finished products made in Asia for the American market will be manufactured in the U.S.

And it’s not just U.S. firms bringing manufacturing to the U.S. Toyota, Honda and Nissan, which have made cars in the U.S. for years for local sales, have recently stepped up plans for expanded production in the U.S., the fruits of which are to be exported to South Korea and other parts of Asia.

Despite all of this, however, the benefits to the U.S. may be overstated, at least in terms of job creation.

For one thing, as noted in a Financial Times article, China itself has a lot of room to increase productivity, and so could raise its competitiveness. And there is an additional labor-related factor — rising automation — which further dilutes China’s manufacturing advantage, yet limits job gains to others.

So, while some manufacturing may be re-shored, not so many jobs will move with it. According to the Financial Times article, if 10% of China’s electronics production was moved to the U.S., China would lose 300,000 jobs. Yet, just 40,000 new jobs would be created in the U.S. Put another way, if all of China’s manufacturing output was magically transported to the U.S. tomorrow, the U.S. unemployment rate would decline by only 2.75 percentage points after accounting for the effects of automation.

El Mouhoub Mouhoud, professor of economics at Paris Dauphine University, and director of the CNRS International Research Center, suggests a different approach in ParisTech Review.  “Let’s stop focusing on industrial employment alone. Let’s also stop measuring the performance of a region only in terms of the number of manufacturing jobs it hosts. Let’s take services seriously, at last. Especially the services of knowledge and immaterial investment for firms that represent, in a country like France, 12% of jobs — that’s as much as the industrial jobs in 2012.”

Mouhoud goes on to suggest a rethinking in which manufacturing is no longer viewed as the heart of an economy but an appendage of a services-oriented growth strategy — just as Apple designs products in the U.S. but manufactures them in China. Services and design would become the primary business, and might even attract new manufacturers. As ParisTech Review notes, “offshoring will fuel debates during many years to come.”

This story is based on the ParisTech Review article, “Reshoring, Really?”

For additional reading, see these Knowledge at Wharton articles:

“Should Manufacturing Jobs Be ‘Re-shored’ to the U.S.?”