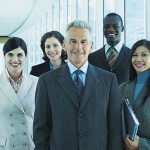 Whether the U.S. remains technically in recession or not, January’s 9% unemployment rate certainly indicates ongoing recession-like conditions for anyone seeking a job. Given that, and how the economy has struggled to add jobs since the onslaught of the financial crisis, you might assume that it is a buyer’s market for companies that are hiring now. But, according to Wharton management professor Peter Cappelli, the high jobless rate, combined with a large pool of job seekers, presents a potential pitfall for those in the hiring process.

Cappelli also warns that today’s pool of applicants might not include the best of the best. After all, in a recession, highly qualified employees who are not in danger of being laid off tend to stick with their employers so that they won’t be the “new guy” at a new job, and therefore subject to layoff if the economy sours even more.

“Employees are more likely to stick around because there is greater fear of the unknown [during] downturns,” says Cappelli, who is also the director of Wharton’s Center for Human Resources. “If I moved to another company, how do I know that it isn’t in some kind of trouble that could lead to a layoff there?  And people are much less likely to move to positions that take them out of their networks, such as a move to another location, for fear that if they lose a job they won’t be able to find a new one.”

Most important, don’t rush to hire a candidate who is desperate to take any job. Make sure there’s a fit. According to Cynthia Hedricks, Ph.D., chief analytics officer at SkillSurvey, Inc., a pioneer in web-based reference assessment headquartered in Wayne, Pa., a key component for employers hiring within any economy is honesty.

“You have to tell them what the job entails,” says Hedricks. “If they have to roll up their sleeves, you need to tell them that. If you feel that someone’s previous job had more prestige, paid more or was more engaging than the one for which they are now being considered, you need to be honest.  If there is no room for career advancement, “ Hedricks says, “be up front about those expectations.” Otherwise, you’ll risk losing the employee the moment a better opportunity arises for them.

This article was created under sponsorship from American Express